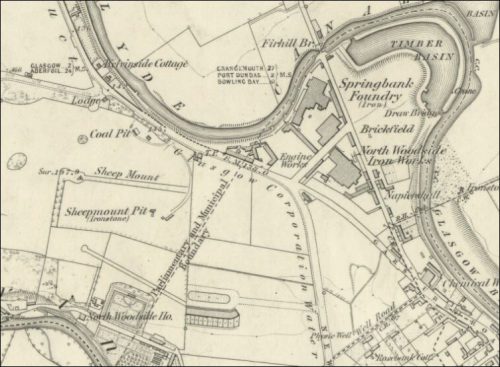 12/08/1863 – Glasgow Herald – The rock and clay on the lands of North Woodside, parts of the former being a fine white rock and the latter suitable for brick making and pottery purposes. Particulars will be given and offers received by William Cowan, accountant, 64 St Vincent Street.

27/08/1869 – Glasgow Herald – Lad wanted to keep a small engine – one that has been at the turning. Apply at Sheepmount Brickworks, Maryhill Road. 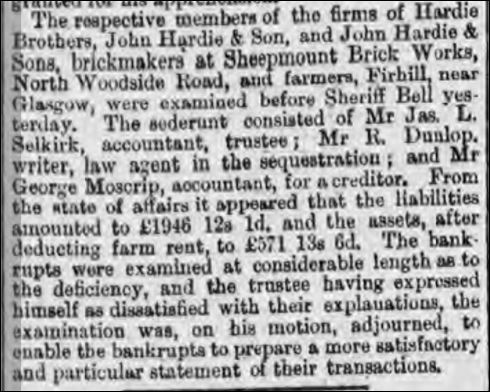 26/11/1872 – Glasgow Herald – Glasgow bankruptcy court – Yesterday in the sequestration of the Hardie Brothers, brick makers at Sheepmount and farmers at Firhill near Glasgow, Mrs Hardie, wife of John Hardie senior, was examined before Sheriff Bell in reference to her management of the dairy and the disposal of the funds received by her. Robert Hardie, one of the bankrupts, was re-examined regarding the deficiency brought out in their state of affairs but was still unable to account for upwards of £500 and the trustee being dissatisfied the examination was once again adjourned. Mr T.L Selkirk was present as trustee to the estate and Mr Lindsay as law agent in the sequestration. 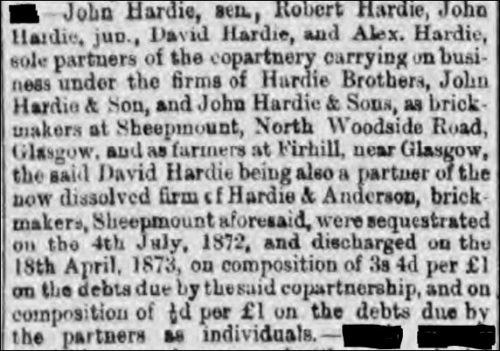 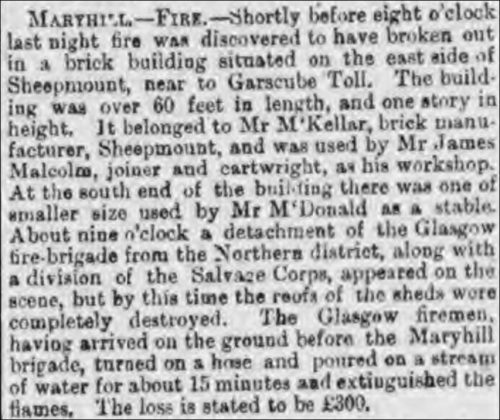 16/05/1889 – Glasgow Evening Post – Dean of Guild Court … the following linings were granted … James Allan, brickmaker, Sheepmount, New City Road. To erect a drying stove and other buildings on the south side of New City Road …

1890 – 1891 – James Allan, brickmaker, Sheepmount, New City Road, Glasgow. House 50 Wilton Street, Glasgow. (Note – SBH – Is this the same James Allan that operated out of the Craighall or Carluke Brickworks or are they one of the same? or is there a connection with James Allan who operated Woodside Brickworks, Langloan, Coatbridge). 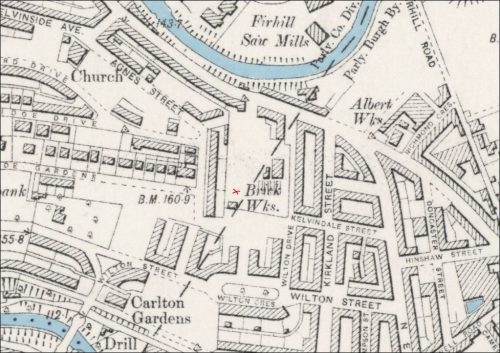 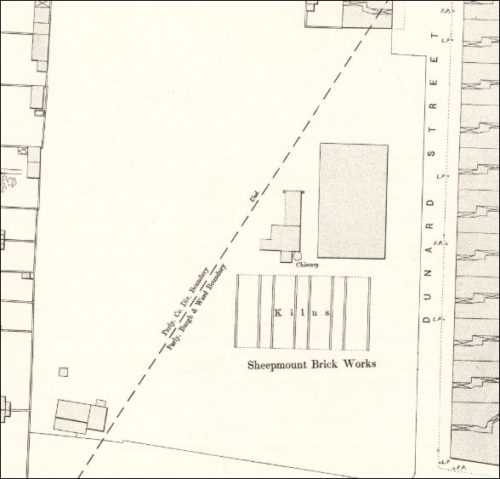 Below – 30/08/1897 – Glasgow Herald – Sheepmount Brickworks for sale (It also refers to trotting horses for sale but I suspect this is a separate auction). 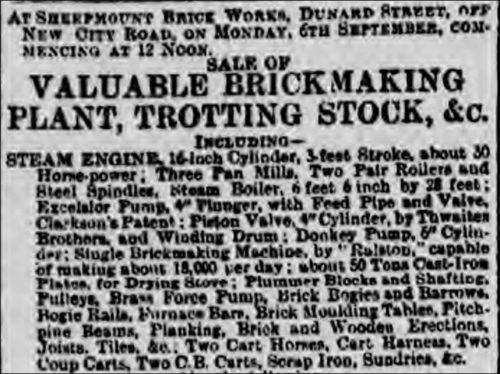 c.1940 – The 1985 publication ‘A survey of Scottish brickmarks’ suggests the works closed around this time.