‘C’ is attributed to this brickworks by the Scottish brick survey 1985.
Canmore
(Note – SBH – I believe these works were operated for some time by Archibald Kenneth and Sons).
Commondyke Brickworks, Common, East Ayrshire –  Alexandra Transport Ltd started Commondyke Brickworks after World War II and operated the business until 1977 when the works closed. The Scottish Brick Corporation took over Alexandra’s business in 1978 but the works remained closed with the kiln being demolished in 1981. This shows the c.1975 alteration to the kiln which extended the number of chambers from 26 to 30. The four large arches are the entrances to the chambers where the bricks would have been fired and the three small arches are flues which improved air circulation. With a continuous kiln, a fire was lit in the first chamber and the draught from a tall chimney drew the heat through each chamber. This system allowed bricks to be fired continuously as some chambers could be emptied or filled during the baking process.
A pan mill which was used to prepare clay for modelling into bricks. The two circular stones in the centre rotated which ground the clay into small regular-sized pieces in the pan. Water was added to the clay which made it pliable and able to be modelled into bricks in the brick press. Bricks made from fireclay are able to withstand high temperatures without melting or softening. Fireclay bricks can be used in both industrial and domestic buildings and are therefore often found in steelwork furnaces and household fireplaces. 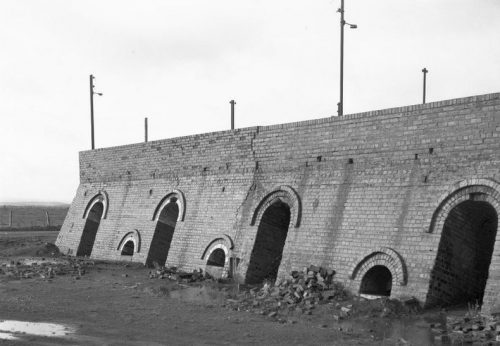 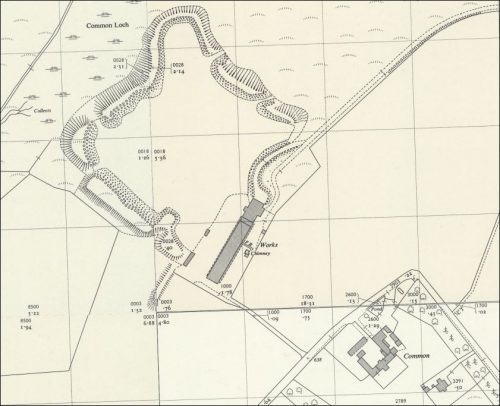 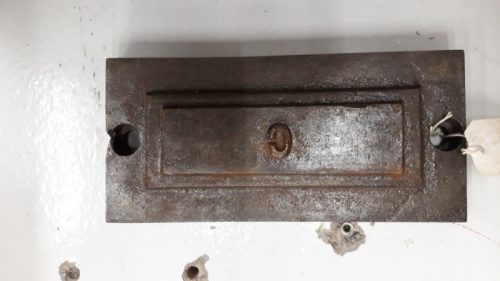 Below – The rear of the plate. 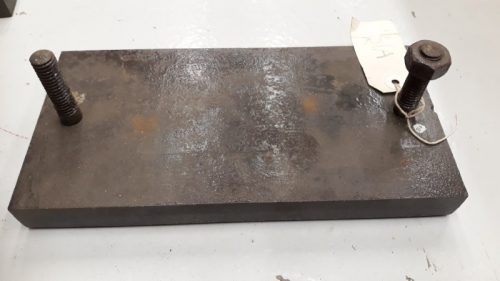 Below – A variation on the stamp. 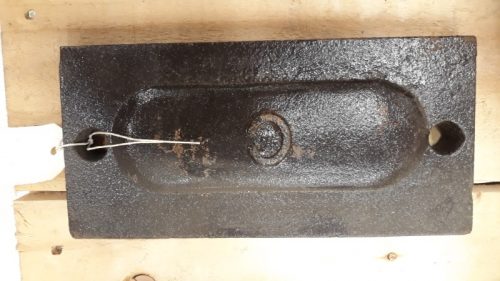