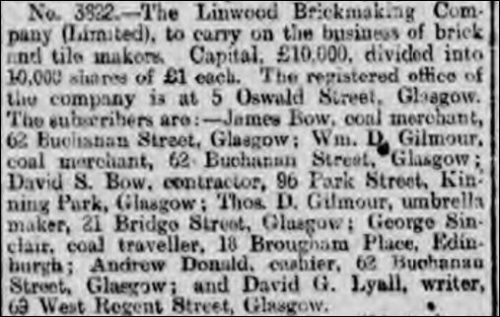 Below – August 1899 – The British Clay Worker – Court case regarding liability after an accident at the works.The Workers Compensation Act 1897. 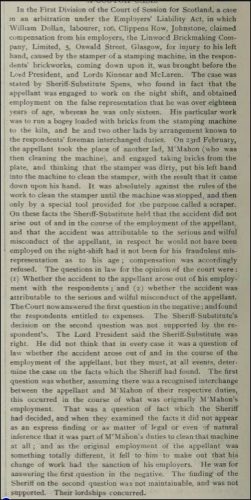 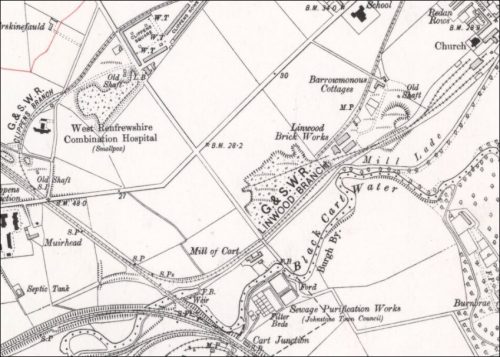 Trains to Elderslie Station, G & S W Railway from Glasgow … and from Paisley ( Gilmour Street) at 10:56 am.

Motor buses will await the arrival of the above train to convey intending purveyors to the sale. N.B – The exposers will load the material on railway wagons free of charge.