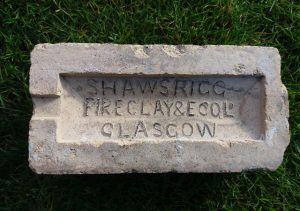 Found in By Eddie McLean in Glasgow.

Note the channel through the margin to the left of the frog.

This brick is enamelled to one side. It is not clear from the photo but there is a small ‘D’ next to the ‘L’ for limited. 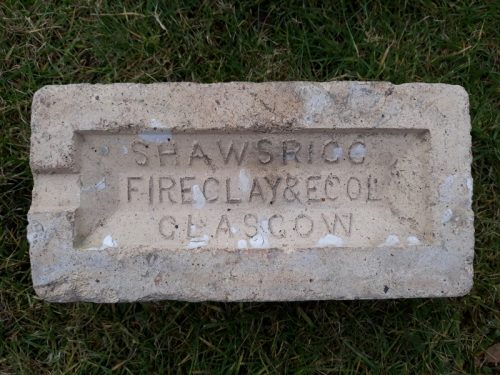 Below – A very similar stamp to the above with very crisp lettering. Found in the Glasgow area. Note the channel on the left margin seems to stop just short of the arris. 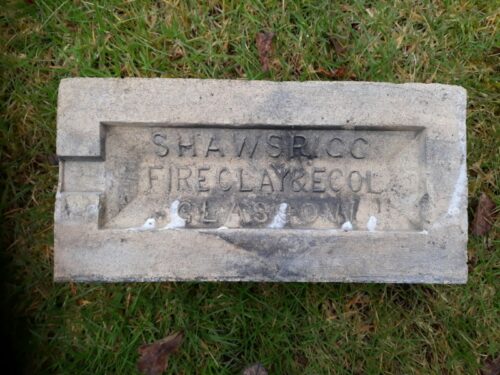 Below – The same stamp on a slightly smaller brick. Note the 2 x channels through the left and right margins.

I believe the mark below is the same as the one above but the ‘D’ of ‘LD’ is missing or badly stamped. The ‘C’ of ‘CO’ is obliterated by the screwhead impression. 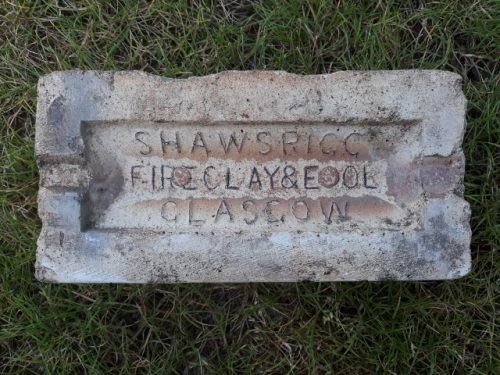 Below – This brick was found by Eddie McLean in the Glasgow area. It is hard to see the stamp but it is definitely a Shawsrigg Glasgow brick. I think the middle line is as per the main brick on this page albeit it takes a certain light and angle and imagination to see it! However, the interesting features are the indentations in the arris top and bottom centre of the frog. This is the same on both sides. One header is enamelled. The brick measures 8 4/5″ x 4 1/4″ x 3″. 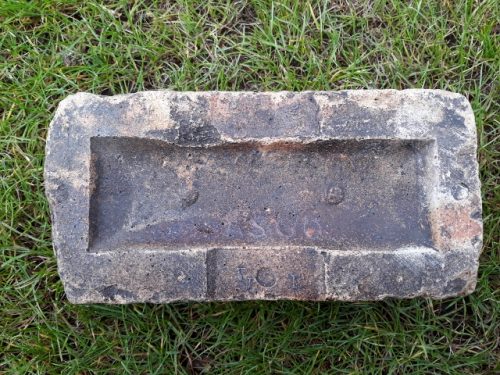 Below – Top front indentation. Not the two x ‘2’ and just below these numbers there are two x very faint ‘5’s 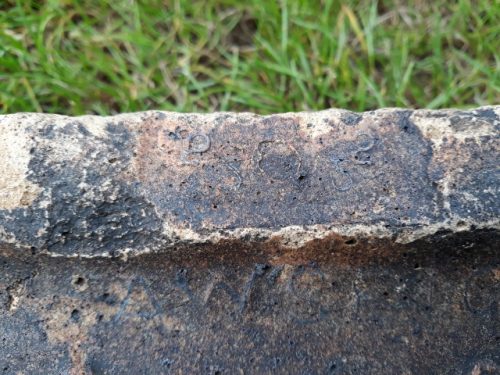 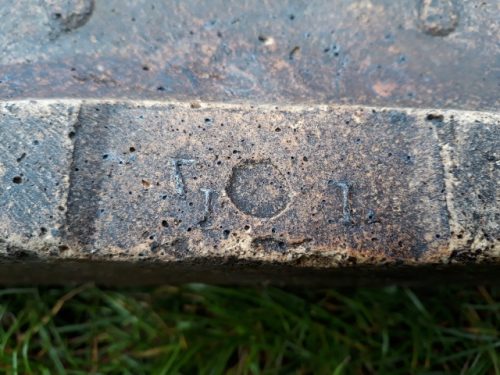 Below – The rear frog with similar indentations and an unusual double square feature to the centre. 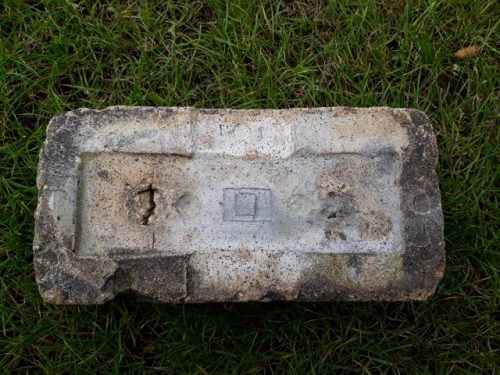 Below – Top rear indentation – Again there appears to be either two x ‘1’ or ‘I’. 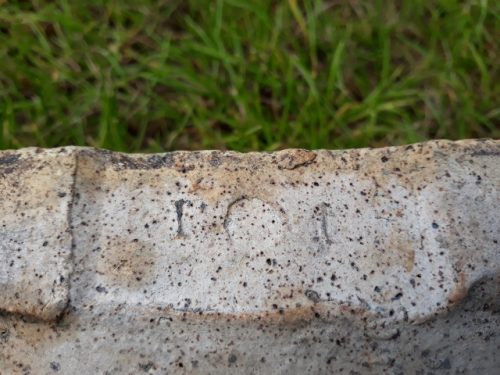 Below – The rear middle frog feature. 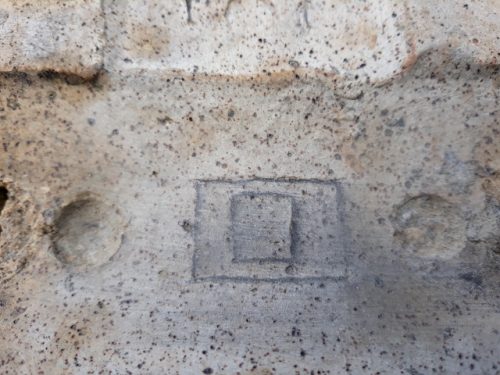 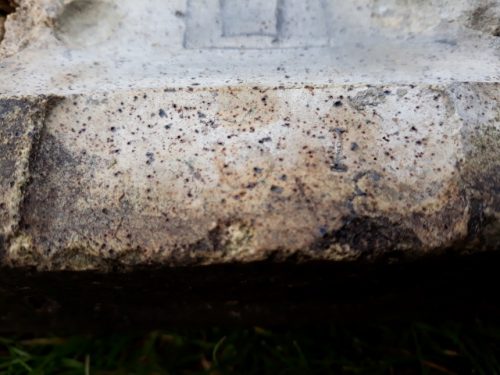 There are other vague shapes within these indentations which are likely more indiscernible letters and numbers.

Below – A similar stamp but note the elaborate design of the ‘G’s. Found in Glasgow. 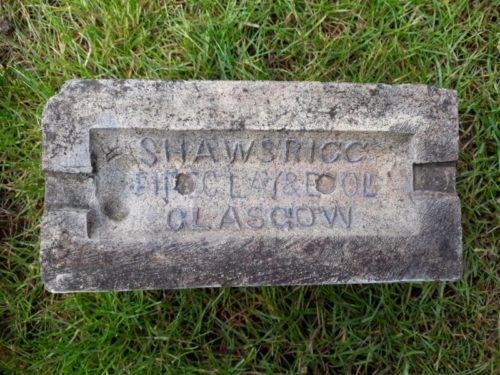 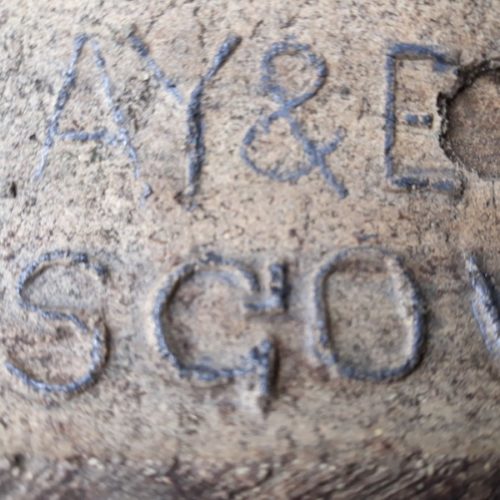 Below – This example was found in Glasgow. It is uncertain if the normal middle line of text has been omitted or is just too faint to see. Note the additional numbers to the side indentations. 1 and 5 to the stamped face and 8 and 6 or 9 to the back face. 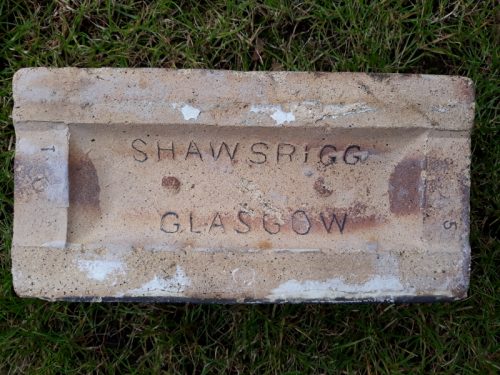 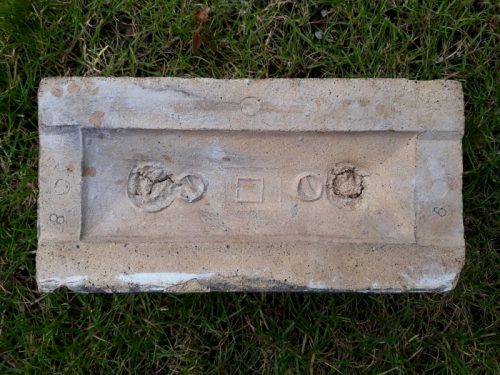