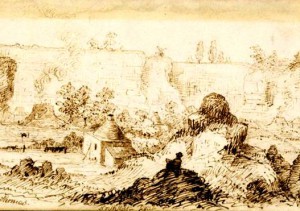 (Note – SBH – I have added this small article to my site as although this is not a Scottish invention as such, many Scottish brickmakers etc advertised the fact they made Roman Cement. This is an insight into the product).

Wiki link – Roman cement – is a substance developed by James Parker in the 1780s, and finally patented in 1796. It was, in fact, nothing like any material used by the Romans, but was a “Natural cement” made by burning septaria – nodules that are found in certain clay deposits, and that contain both clay minerals and calcium carbonate. The burnt nodules were ground to a fine powder. This product, made into a mortar with sand, set in 5–15 minutes. The success of Roman cement led other manufacturers to develop rival products by burning artificial mixtures of clay and chalk.

There has been a recent resurgence of interest in Natural cements and Roman cements due mainly to the need for repair of façades done in this material in the 19th century. The major confusion involved for many people in this subject is the terminology used. Roman cement – was originally the name given, by Parker, to the cement he patented which is a Natural cement (i.e. it is a marl (or limestone containing integral clay) dug out of the ground, burnt and ground to a fine powder).

In 1791, Parker was granted a patent “Method of Burning bricks, Tiles, Chalk”. His second patent in 1796 “A certain Cement or Terras to be used in Aquatic and other Buildings and Stucco Work”, covers Roman cement, the term he used in a 1798 pamphlet advertising his cement. He set up his manufacturing plant on Northfleetcreek, Kent.  It was notable patented late on but James Parker is still the subject of all the credit.

Later, in the 1800s various sources of the correct type of marl – known also as Cement Stone, were discovered across Europe and so there were a range of natural cements (with varying properties) in use across Europe.

Wiki link – James Parker – was a British clergyman and cement manufacturer who invented one of the pioneering new cements of the late eighteenth century.

In 1791, he was granted a patent “Method of Burning bricks, Tiles, Chalk”. His second patent in 1796 “A certain Cement or Terras to be used in Aquatic and other Buildings and Stucco Work”, covers Roman cement, a term used in a 1798 pamphlet advertising his cement. He set up his manufacturing plant on Northfleet creek, Kent.

It seems that he sold his patent to Samuel Wyatt who with his cousin Charles Wyatt produced cement in the name of Parker & Wyatt. Parker himself emigrated to America in 1797 and died soon afterwards. There is evidence that the Wyatt “Roman” cement was used in building the famous Bell Rock Lighthouse. The cement was made from natural nodules of chalk and clay (“septaria“) from the Isle of Sheppey. From around 1807 a number of people looked to make artificial versions of this cement (or more strictly hydraulic lime as it was not burnt at fusion temperatures). Amongst these were James Frost who had about twenty patents from 1811 to 1822 including one for “British Cement” and Joseph Aspdin with his now-famous patent for a method of making a cement he called “Portland cement“.

Between 1810 and 1820, after Parker’s patent expired, “Roman” cement came into prominent use with numerous manufacturers. In 1832 there were five works around Harwich producing “Roman” cement. From about 1821 the artificial versions became more popular as improved versions could be made and the product was more consistent.

Frost’s patents were taken up by John Bazley White and Sons who supplied the cement to Isambard Kingdom Brunel for the Thames Tunnel.

The Parker and Wyatt company went out of business in 1846, and the Northfleet plant was sold to William Aspdin‘s company. Aspdin converted it to Portland cement production, and it continued in that role until closure in 1901, latterly under the name of “Robin’s Works”.

Example of Scottish, Roman cement makers are detailed below. 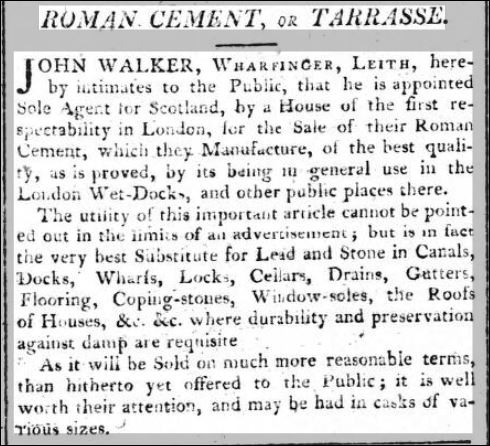 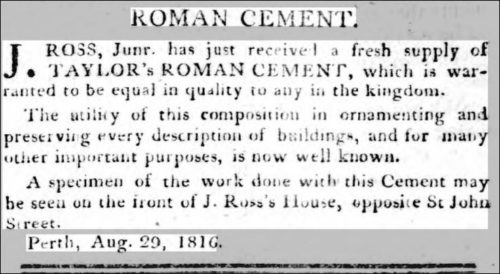 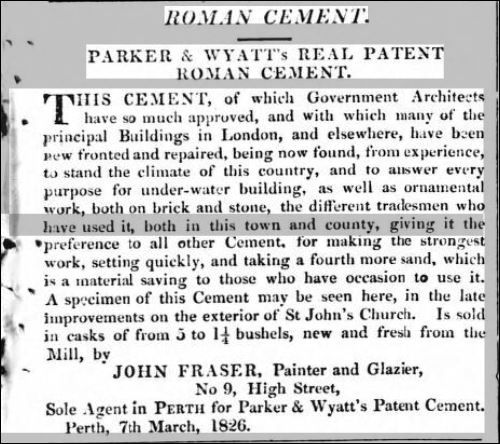 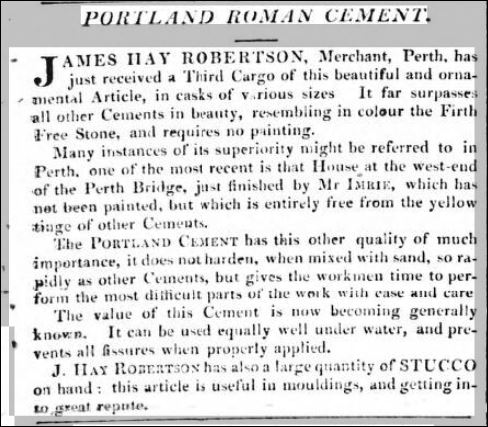 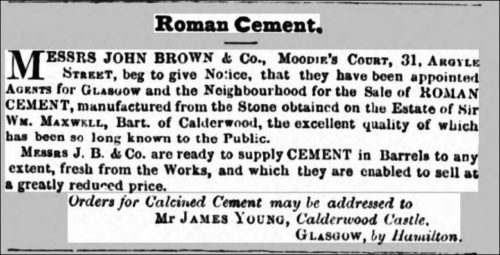 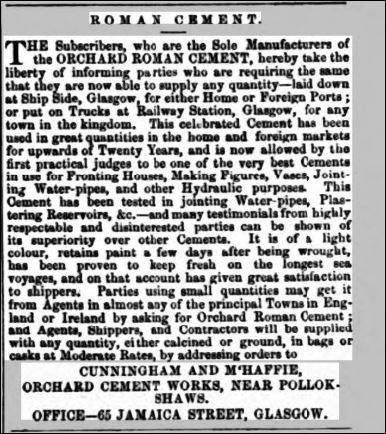 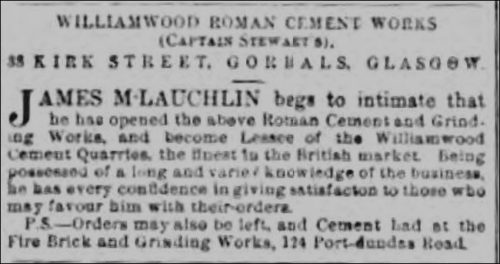 Below – An advert telling the user how to mix and use Roman Cement. 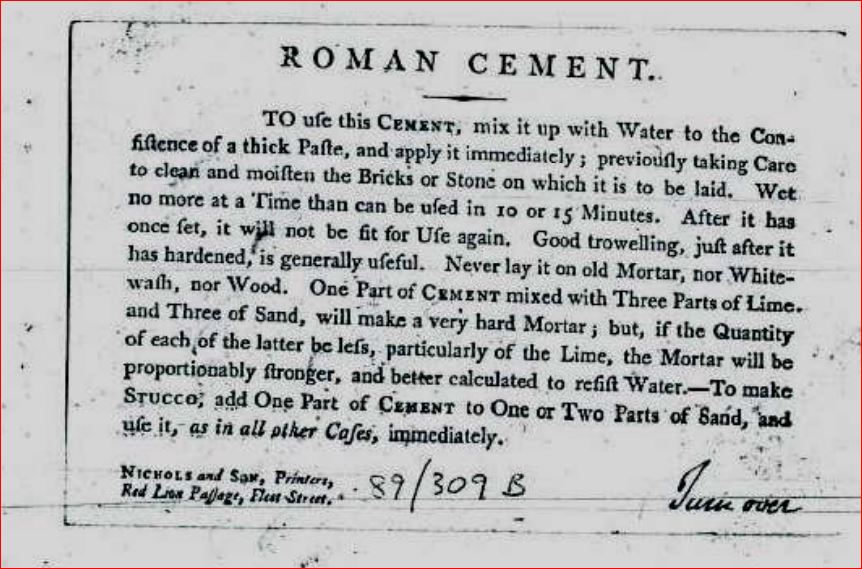