Annals of Duddingston and Portobello – 1898 – The trade of Portobello has for the past hundred years been of a varied character. As we have already indicated in these pages, its principal and earliest products were derived from the excellent bed of clay found in the estuary of the Figgate Burn. Bricks and tiles, and afterwards the finer work of the potteries, have continued to be the staple commodities of the place ever since. It has not, however, been confined to these. The manufacture of soap, glass, felt hats, red and white lead, and mustard, in the early part of the century, furnished occupation to many work-people; but these industries have long since disappeared. At the present day brick and tile works, potteries, glass bottle works, and paper-making form the leading industries, while many are also engaged at the railway and gas works. 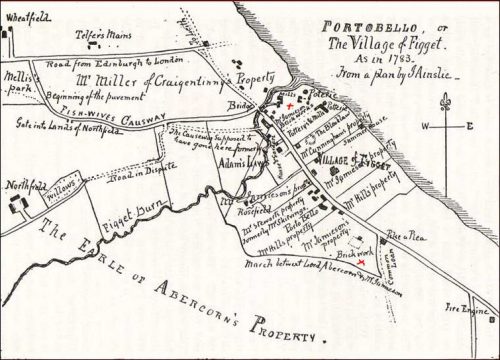 In tracing the rise and development of the town some of these manufactures have necessarily been noticed already, but a more detailed account of them will not be considered out of place by our readers.

The brick and tile works. Of these, two are still in active operation, viz., Westbank Brickwork, and Abercorn Brickwork, while two, if not three, which were in active operation at the end of last century, have been wrought out, and the clay in their immediate vicinity being exhausted their sites have been converted to other purposes. The first work of the kind was started by William Jameson, about the year 1765, on the north side of the high road from Edinburgh to Musselburgh immediately to the east of the Figgate Burn. It remained in his hands till about 1810, when it continued to be wrought by Mr Morton as his tenant, till the clay becoming exhausted, the place was filled up by rubbish principally from Edinburgh, and the houses now forming Pipe Street and Bridge Street were erected on the ground.

Simultaneously with the Pipe Street work, probably about the year 1780, Mr Jameson had opened a large clay bed on the site now occupied by Mount Lodge at the top of Windsor Place. The works must have covered a large area of ground, the whole space from Hope’s Lane to the west side of Windsor Place being Mr Jameson’s property. In 1809-10 this work was discontinued, and several feus were then given off, forming a new Street called Nicholson Street, and at least in one plan, Jameson Street, but which ultimately came to be known as Windsor Place. A large quantity of rubbish and earth was brought to level up the excavations, and the present mansion having been erected for Colonel Scott, the grounds were laid out with great taste, the old clay pit being formed into a little artificial lake.

Another old brickwork existed at the same time on the site now occupied by Henderson Row, but concerning it, we have little authentic information, except that it was owned by Messrs R and R Dickson, sons of John Dickson, the contractor for the erection of the High School, Edinburgh. They made some changes in the locality, converting Mr W. Jameson’s “elegant mansion ” into a place little better than a brick shed, and built the range of houses in front of it on the High Street.

Of the existing works, Westbank Brickwork is the oldest. The discovery of the bed of clay on the east side of the burn, by William Jameson, naturally led adjoining proprietors to realise the value of their property. Mr Miller of Craigentinny owned the ground on the west of the stream, which about the year 1770 was leased by Anthony Hillcoat, a bricklayer from Newcastle.

During the thirty years or so that he carried on the works at Westbank, he did an extensive business, not only as a brick and tile maker but as a manufacturer of Prussian blue. The latter work seems to have been of an offensive nature, as an action was raised in the Court of Session in 1800 by Mr William Jameson ” against the Messrs Hillcoats, to interdict them from carrying on upon the lands of Figgate, Portobello, the manufacture of Prussian blue, because of the nuisance connected with the blood from the shambles used in the manufacture.” He built Westbank House as his own residence. On his death, in 1803, Anthony Hillcoat was succeeded by his son Thomas Hillcoat, and Robert Hay, the latter of whom had married (1796) Anthony’s daughter Elizabeth. Robert Hay, having been originally bred to a seafaring life, was more than once impressed into the navy during the war then raging on the continent. One day while working at the brick table he was suddenly pounced upon by the press-gang and was about to be carried off, but being covered with clay, and only partially dressed, he was escorted home so that he might put himself in order for the road. His bedroom being upstairs, he set refreshments before the officers and asked them to excuse his absence for a little till he got himself dressed. No sooner was he out of their sight than Hay dropped himself out of the window of his room and made for the country as fast as his legs would carry him. And so good a use did he make of his powers of locomotion that he succeeded in eluding their kind intentions for the time. The issue of his marriage with Miss Hillcoat was a son, John Hay, afterwards the proprietor of Rosebank Pottery adjoining, where he died in 1885, at the age of 89.

The next tenant of Westbank Works was Mr Alexander Guthrie, at one time a clerk to the Court of Justiciary. He was also at one time a bookseller in Waterloo Place, Edinburgh, and being in good circumstances he made a considerable addition to Westbank House. After his death, the business was carried on, but with indifferent success, by his son,  William Guthrie, who ultimately gave it up, and the works stood idle for some time.

In 1847 a lease of the place was acquired by Mr George Ingram, who conducted it with great vigour till his death in 1861. 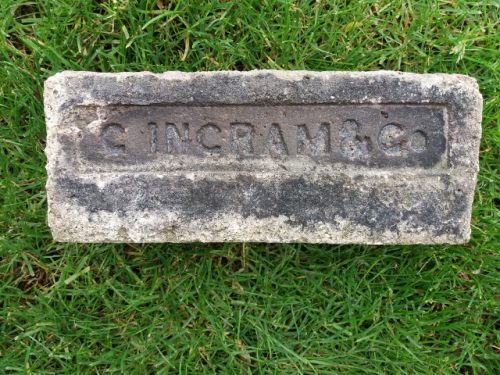 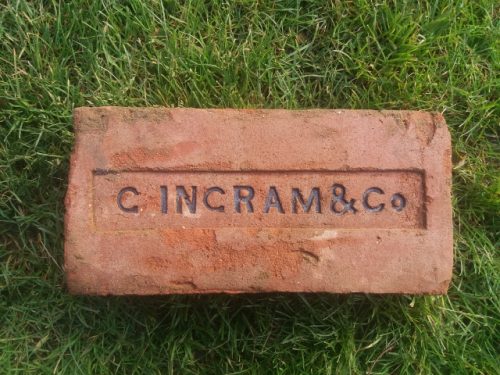 Mr Ingram, who belonged to Selkirk, where he was born in 1810, is described as ”a man of generous sympathies and superior intellectual endowments.” He was a teacher by profession, being a master in the Academy, Davie Street, Edinburgh, which he left in 1837 to be clerk to the Misses Creelman, the then lessees of the Abercorn Brick Works, an office which he held for about ten years until he started for himself at Westbank.

During this period, the building trade being brisk, and there being a large demand for bricks, the works were highly remunerative, and Mr Ingram amassed a considerable sum of money. On Ingram’s death, the works were carried on under the management of Mr William Hunter for behoof of his son, Alexander Ingram, and eventually on his own account. 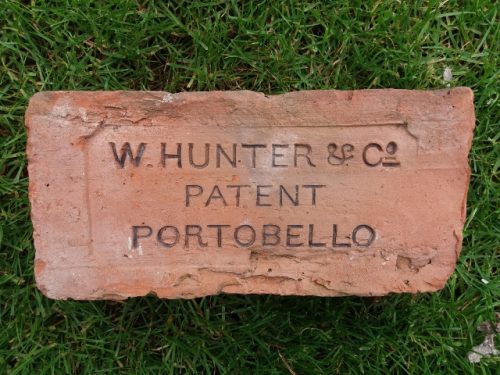 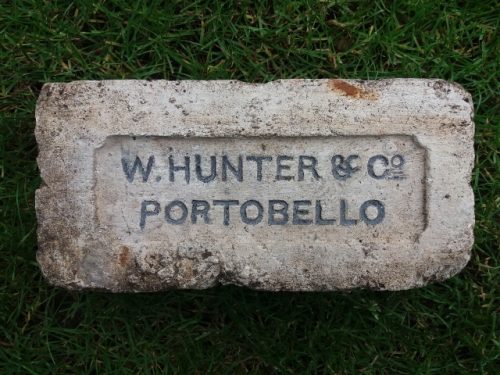 But a time of depression in the building trade having ensued, and prices not yielding a remunerative return, he renounced the lease of the place in 1880. After standing some years idle Westbank was re-opened by Mrs Brodie Sherriff from Dunbar in 1884 for the manufacture of tiles, pipes, and even the finer kinds of pottery ware, including ornamental vases. 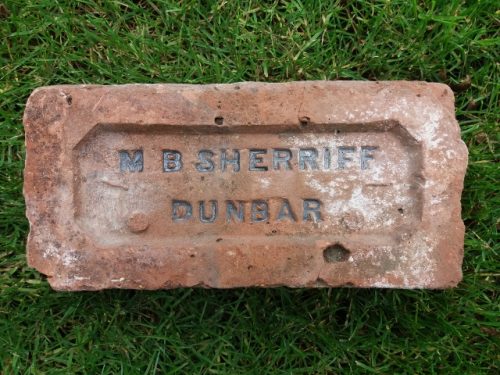 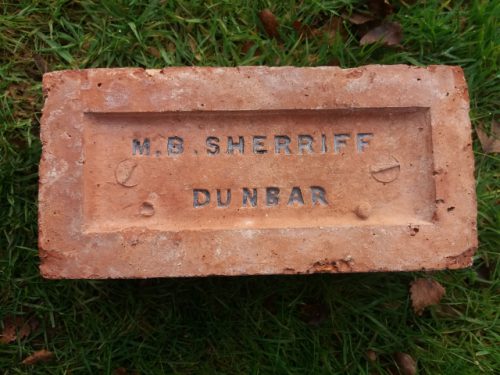 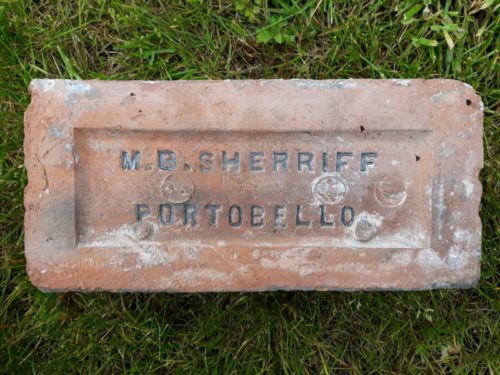 The present lessees since 1890, Messrs Peter Mitchell & Sons are developing the trade on the old lines – bricks, tiles, and drain pipes forming a prominent feature of their manufacture, while pottery ware for gardens, such as flower pots, vases, and ornamental jars in terra-cotta are made in considerable quantity.

The bricks, as in Abercorn Works, are dried by steam undercover – the exhaust steam from the engine, which used to be blown into the air, being utilised for this purpose — and in three days they are ready for the kiln instead of taking a month or so by the old process. The works are lighted by electricity, generated by an engine on the premises. Close upon a hundred men are employed. 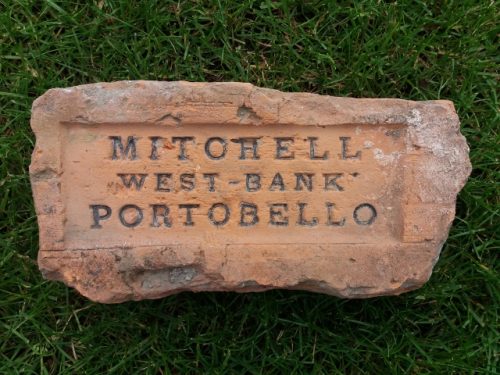 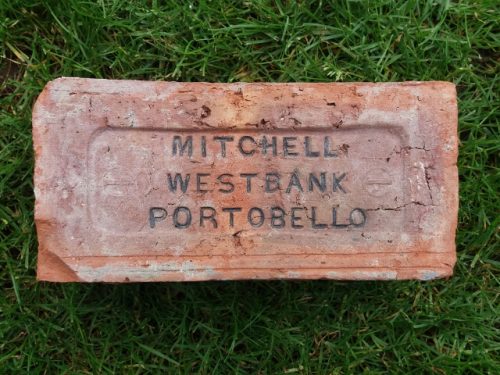 Abercorn Brickwork – The earliest brick manufacturer west of the Figgate Burn on the Abercorn Estate was Mr Hamilton. He broke ground in a large field called Adams Laws about the end of the last century.

Hamilton was succeeded by Mr Wm. Creelman probably in 1807 from the West of Scotland, who during a long occupancy of the works was a successful man of business. In addition to the manufacture of bricks, he acquired in 1825 the Soap Work at the foot of Bridge Street, for many years carried on by George Morrison & Son.

On his death in 1830, at the age of seventy-five, the brickwork was carried on by his two daughters for a number of years, till about the year 1845, when Mr Allan Livingston acquired a lease. At that time he was carrying on an extensive manufacture of fire clay bricks at Joppa and did a large trade, not only with Edinburgh but with London. He made, we are told, great quantities of fire-clay gas retorts for the London market, and in 1848, when the Edinburgh Gaswork chimney stalk was erected, the bricks were supplied by him.

Abercorn Brickwork continued to be carried on for some years after the death of Mr Livingston’s son, Mr Allan Livingston, Jun., who, at the time of his death, January 1867, was Provost of Portobello. 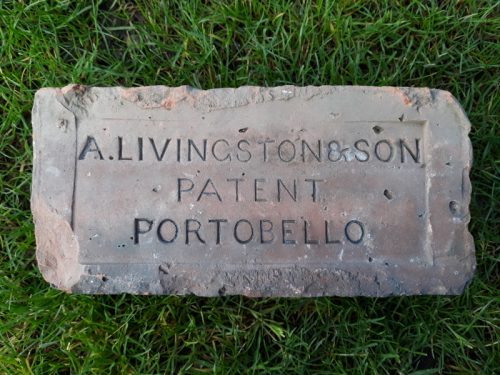 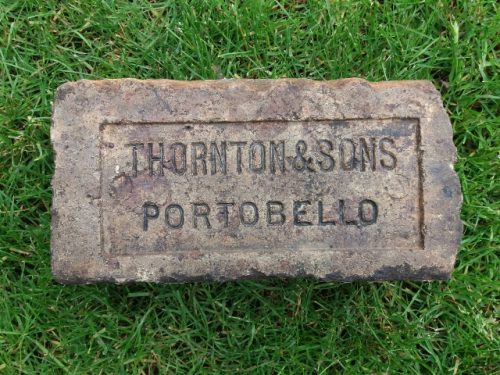 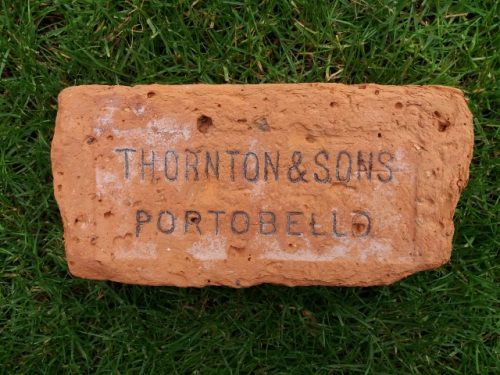 Mr A. Scott Turner, and thereafter carried on under the designation of Turners, Limited. 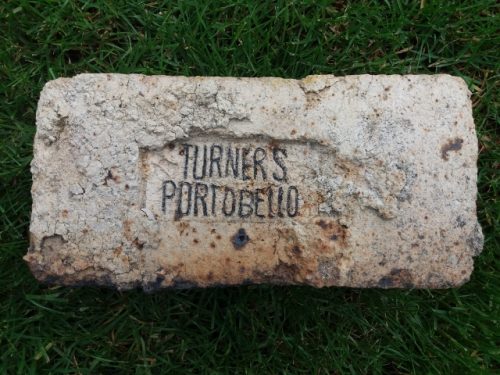 A feature of their work is the adoption of artificial drying of the bricks previous to being burned in the kiln. Instead of the old tedious method of drying in the open air, large covered drying-houses have been erected, so that brickmaking can be carried on without interruption summer and winter. For some years past the output of bricks has been dose upon seven million per annum, supplying Edinburgh and the south-east of Scotland, and some are sent to Iceland. Glazed sanitary pipes, chimney cans, tiles, paving bricks, and even pottery ware are also produced in large quantities. The firm is the only one in Scotland who make flower pots by machinery – a very clever machine, patented by William West, a Leeds tailor, being used by them, which turns them out from a mould with great rapidity. As at Westbank, the works are lit by electricity. The average number of men employed is 100 and in summer about ten more.