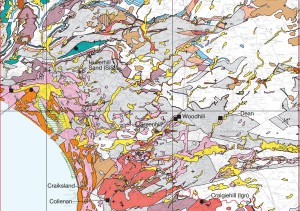 BRICK CLAY
Brick clay is the term used to describe clay and mudstone used predominantly in the manufacture of bricks and, to a lesser extent, roof
tiles and clay pipes. These clays may sometimes be used as a source of constructional fill and for lining and sealing landfill sites. The
suitability of these materials for brick manufacture depends principally on their behaviour during shaping, drying and firing. This will
dictate the properties of the fired brick, such as strength and frost resistance and, importantly, its architectural appearance.
Most facing bricks, engineering bricks and related clay-based building products are manufactured in large automated factories. These
represent a high capital investment and are increasingly dependent, therefore, on raw materials with predictable and consistent firing
characteristics in order to achieve high yields of saleable products. Blending different clays to achieve improved durability and to provide
a range of fired colours and textures is an increasingly common feature of the brick industry. Continuity of supply of consistent raw
materials is of paramount importance.
Common Shale for brick
In the past, shale and mudstone obtained from Carboniferous rocks have been used to make bricks.
In North Ayrshire mudstone mined in conjunction with coal at Southhook Mine was baked in the adjacent brickworks. Mudstone waste
from mining has in the past been used in brick making.
In South Ayrshire Carboniferous mudstones and fireclays (seatearths) were formerly (until the mid-20th century) used for making ordinary
bricks and fire-bricks respectively. Both were extracted from the Limestone Coal Formation around Dailly as well as from small quarries
in the past. The use of similar mudstones and seatearths from mines in the Coal Measures continued while the mines were operated.
Resources of mudstones and seatearths remain if worked together with adjacent coal seams.
Clay deposits
Small clay pits in glaciolacustrine clays were worked in the Irvine Valley, the largest of which was at Gargieston Brick and Tile Works.
Another glaciolacustrine deposit lies east of Ochiltree from which was extracted brownish blue stoneless clay with a few silt and sand
seams to supply the former Burnfoot Tile Works. Glaciolacustrine or alluvial laminated clays at Cronberry, East Ayrshire were used in a
former local brick and tile works. Glaciomarine clays have been worked at Kilmarnock.
Local alluvial clays may be suitable for bricks or pottery and have been used in the past at Drongan and Lugar.
In South Ayrshire from about 1830, brick clays were formerly worked for tile-making from alluvium near Martnaham Loch. These clays
tend to be more limited in quantity and variable in quality than the Carboniferous mudstones, so are no longer considered to be an
important resource.

Development of clay deposits in the Stevenson area of Ayrshire is pending, providing that agreement can be reached between the rival claims of industry and housing.  Ground which has been scheduled for housing development is being sought for mining development instead and The Department of Health for Scotland is now being asked to allow some decision on the matter.
Deposits of bauxite clay at Mayfield near Stevenson to the extent of seventy-three acres are involved.  Clay is already mined here by a Newcastle firm and is sent from Saltcoats by rail to Newcastle for processing.  A smaller deposit some two miles away at Hillhead, Stevenson, is also being examined.
It has been proved of value prewar and is again the subject for test brings by another English company.
Ayrshire is essentially coal mining country and the clay is being worked in an area where old coal galleries are being brought to light.  There are important clay working units in other parts of Ayrshire however and this present revival of interest in the local clay offers for further expansion.

Tagged with: Clay mine