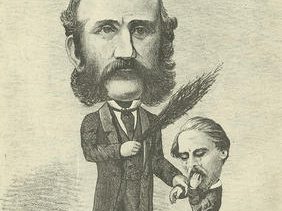 Below – 24/03/1879 – Glasgow Herald – Brickmaking business and plant for sale at Dargavel Brickworks near Bishopton. Alexander Whitelaw. 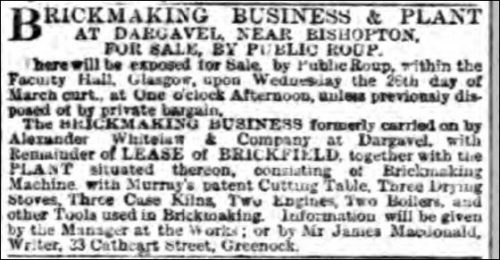 Below – 20/05/1879 – Glasgow Herald – Partnership of Alexander Whitelaw & Co is dissolved after the death of Mr Whitelaw. Co partner was John Allison. 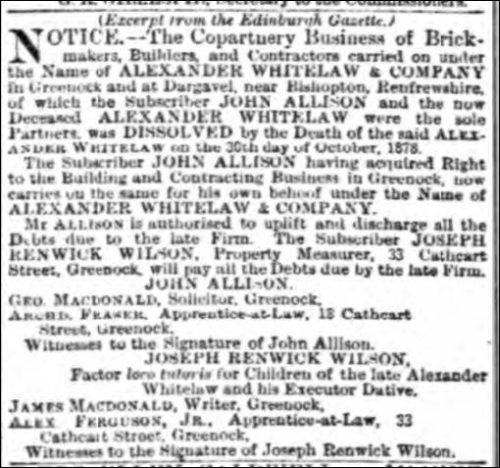 Below – 04/06/1879 – Glasgow Herald – Brickmaking business and plant for sale at Dargavel Brickworks near Bishopton as formerly carried on by Alexander Whitelaw. 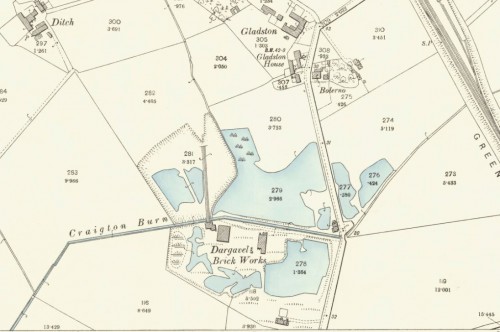 Below – 31/08/1907 – Paisley and Renfrewshire Gazette – Assault at Dargavel Brickworks. 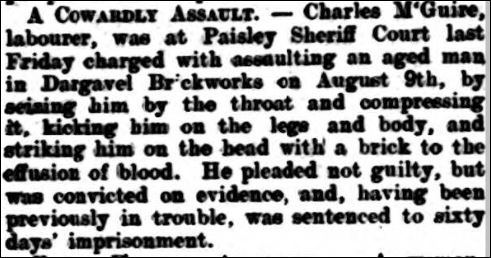 Bell, Hornsby & Co. Mason and brickwork contractors – Bell, Hornsby & Co. were a building and contracting firm, and one of many brick manufacturers in the Glasgow area. From the 1860s to the 1890s, local brick was widely used for factories, and for the internal and rear walls of stone-faced commercial and domestic buildings.  ). Of the original partners, Alexander Hamilton seems to have been the longest-established, manufacturing bricks at Lilybank off Eglinton Street, on the south side of the city, from about 1852.  He expanded into tile making, operating from a second brickworks at Strathbungo in 1858, before becoming a ‘silent partner’ in Bell, Hornsby. Another partner, Robert Bell, possibly ran a bricklaying firm in South Wellington Street c. 1857 (he is not to be confused with the wealthy Wishaw and Broxburn industrialist of the same name, who was also a brickmaker). Other partners were John Thomson Hornsby and Alexander Whitelaw, a Greenock-based builder.

In 1883, Bell, Hornsby were prosecuted for a breach of the Factory Act: ‘Inspectors were very particular in enforcing the law with respect to the employment of young girls [under 16 years] in brickfields’. By the time Robert Bell retired in 1886, the firm was running an additional brickworks at Blairardie, which was beside its own clay pits at Garscadden, and another at Govan. The business was continued into the 20th century by John Hornsby Junior, after his father’s retirement in 1896. Since the late 1860s, it had been based at 197 Pollokshaws Road, and it continued to operate from here until at least the 1920s. Source

Whitelaw was connected by marriage to the Baird family, which founded the iron smelting firm of William Baird & Co at Gartsherrie in Coatbridge and became a managing partner in the firm. He was a philanthropist, using some of his wealth to endow churches and schools, including Gartsherrie Academy.

Whitelaw’s interest in education led to his becoming chairman of the Glasgow School Board in 1873. The cartoon shows him having administered a thrashing to John Page Hopps, a fellow Board member with whom he had clashed.

Whitelaw was a Conservative and represented Glasgow as an MP from 1874 until his death in 1879. 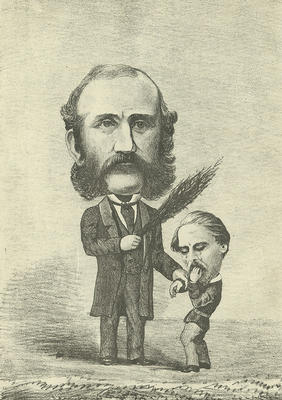