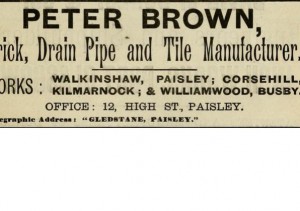 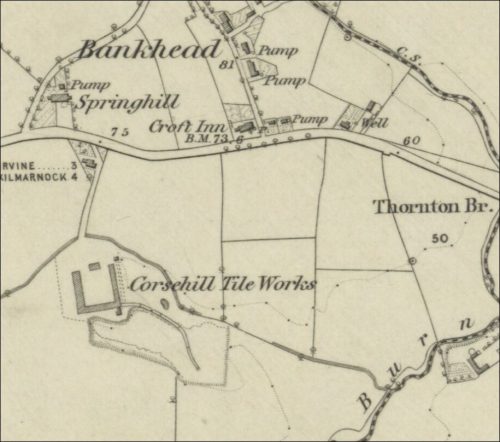 Below – 11/04/1866 – Glasgow Herald – Corsehill Tilework for let as possessed by Mr Alexander Douglas. 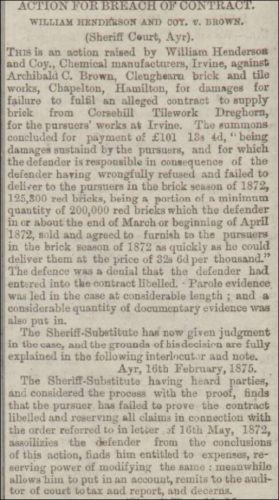 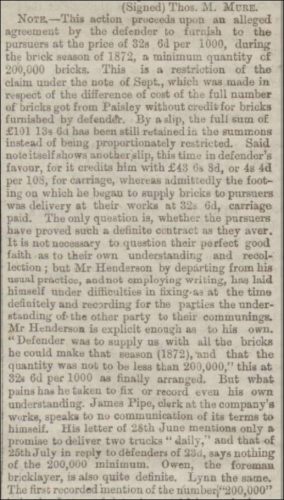 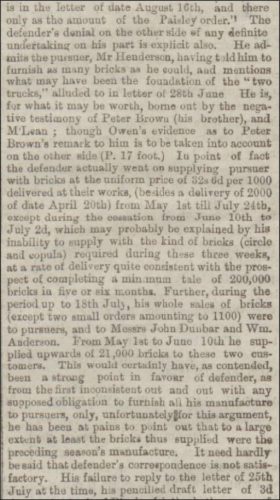 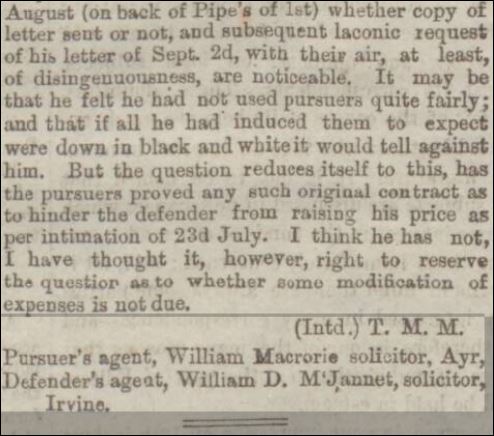 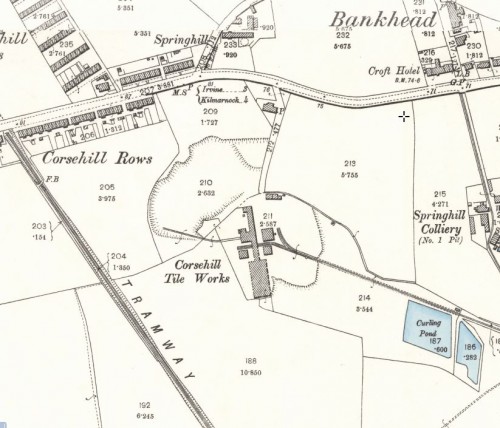 10/07/1896 – Henry Beveridge Jnr, Dreghorn sued Peter Brown, brick and tile maker. Corsehill Tilework by Kilmarnock for £150 as damages for bodily injuries received by him while engaged at his work and was on Tuesday awarded £100 by Sheriff Hall, Kilmarnock.

13/10/1903 – The Edinburgh Gazette – Notice of dissolution of a partnership. The firm of Peter Brown, Virtue, & Company, Corsehill Brick and Tile Works, Springside, by Kilmarnock, of which the subscribers were the sole partners, has been dissolved of mutual consent, as at the 28th day of September 1903, by the retiral therefrom of the subscriber Alexander Virtue. The subscriber Peter Brown has acquired the whole business and assets of said firm. He will receive payment of all accounts owing to the said firm and will discharge all its liabilities. Peter Brown. J. E. Gibson, Solicitor, Kilmarnock, Witness. James Anderson, Solicitor, Kilmarnock, Witness. Witnesses to the signature of the said, Peter Brown. Alex Virtue. D. M. S. Lambie, Timber Measurer, 220 Dumbarton Road, Glasgow, Witness. J. Cubkie, Grocer, 18 Kelvingrove Street, Glasgow, Witness. Witnesses to the Signature of the said, Alexander Virtue. 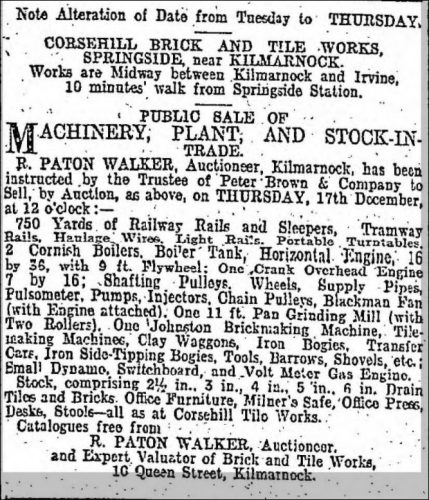 08/09/1928 – Dundee Courier – Corsehill Tileworks Ltd. Private Company to acquire the business of manufacturer of drain tiles, bricks, flowerpots and other commodities carried on by the Earl of Eglinton and Winton at Corsehill Tile Works, Dreghorn, Ayrshire. Capital £6000 in 4750 ‘A’ £1 shares and 500 ‘B’ 5s shares. 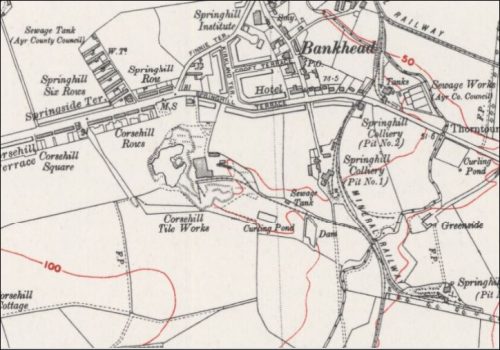