Originally these works were known as the Braidwood Tileworks. They later moved to the other side of the railway and became the Braidwood Brick and Tile Works. The date of this move appears to be unknown. 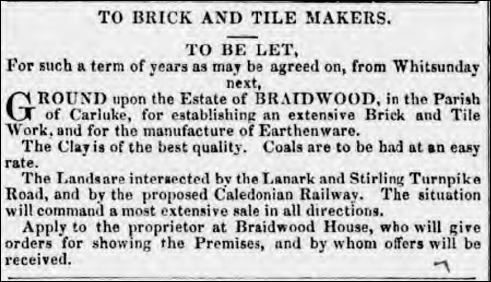 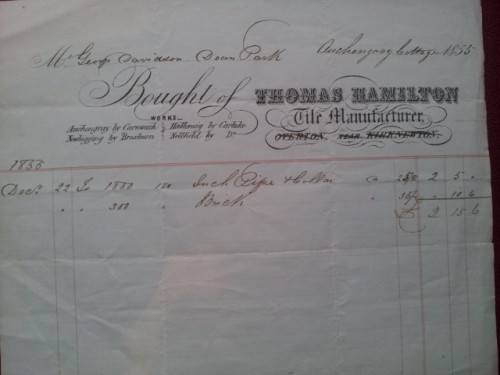 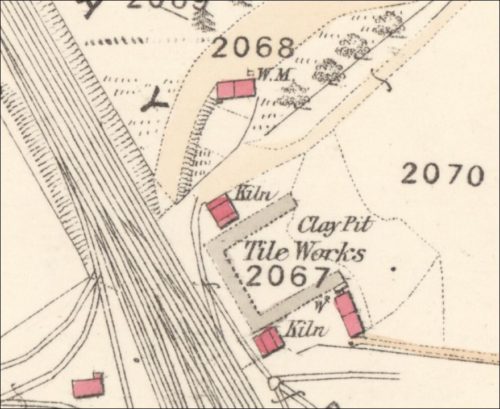 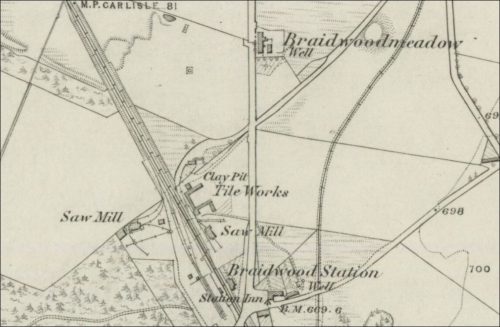 Below – 19/12/1859 – Glasgow Herald – Clay and limestone on the Estate of Braidwood, Carluke to be let … Clay for brick and tile manufacture – The clay lies along the north-east side of the Caledonian Railway and close to Braidwood. The clay is of the best quality, of more than the average thickness and possessing facilities for easy working … apply to the proprietor of Braidwood House … (Note: SBH – I am uncertain as to which brickworks this may relate to but the reference to NE of the railway could be pointing to the area of the original Braidwood Tileworks). 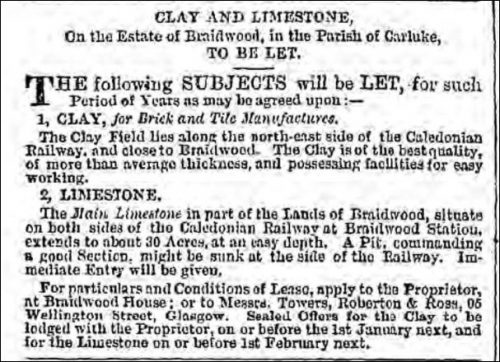 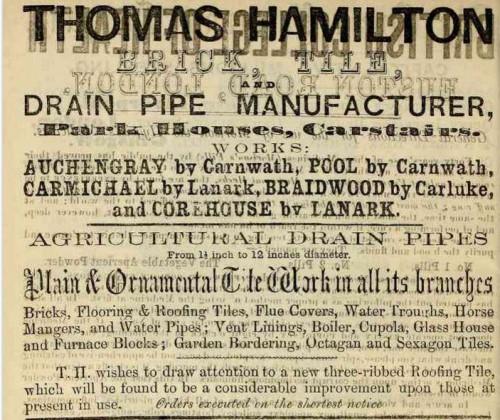 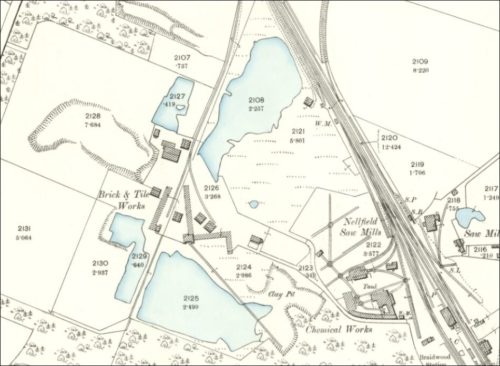 11/08/1902 – The Scotsman dated 12/08/1902 – Deaths. At Park House, Carstairs Junction on 11th inst, Thomas Hamilton, brick and tile manufacturer in his 89th year. Funeral Thursday 14th curt at one o’clock afternoon to Carstairs Churchyard. Friends will accept this intimation and invitation.

16/08/1902 – The Scotsman – Notice. All persons having claims against the late Mr Thomas Hamilton, brick and tile maker at Cumwhinton near Carlisle and Braidwood Works, Lanarkshire who resided at Park Hous, Carstairs are requested to lodge the same, duly vouched, with the subscriber within fourteen days from this date. All persons indebted to the said Thomas Hamilton are requested to make payment to their accounts at the Cumwhinton and Braidwood Works within the same period. Wm Duncan, S.S.C, agent for Mr Hamilton’s executors, 18 York Place, Edinburgh. 15/08/1902.

Below – 18/10/1902 – The Scotsman – Braidwood Brick and Tile Works for sale as carried on by the late Thomas Hamilton. 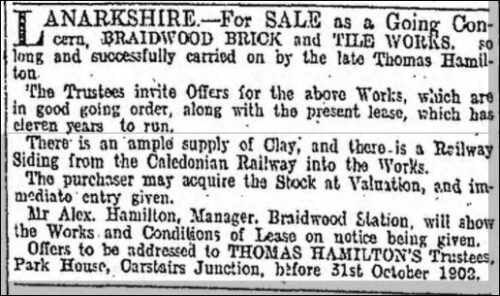 11/07/1908 – Carluke and Lanark Gazette – Braidwood. On Thursday last week, a young man named William Gardiner was injured in the tilework. He was caught by a link in the rope which drives the tile machine and thrown to the ground with some violence, sustaining a deep cut on the head. He was attended by Dr Barr. 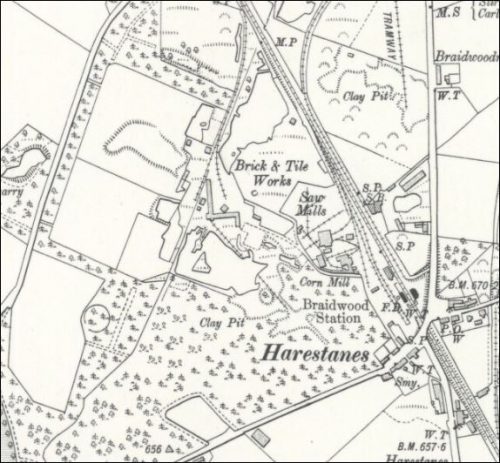 In 1901 James Hamilton, Williams son was appointed the manager. Thomas retired in 1902 and the Cumwhinton site was sold. 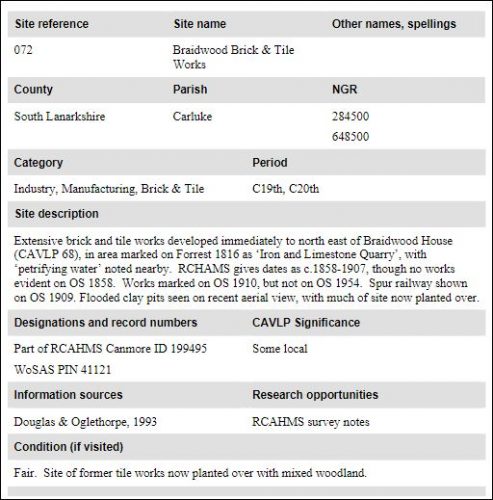