Mr and Mrs Yuille owned the Brick and Tile Works in Clarkston in the 19th century, a small, local industry in a largely industrial area, now the site of Williamwood High School. Redhurst House was built in 1895 of local Giffnock brick by Mr & Mrs Yuille. Mr Yuille built a house called Redhurst which was unusual for its time because it was not built of sandstone, but of shiny bricks and tiles. It has been described by a great-niece of Mrs Yuille as like a doll’s house. (Note – SBH – I am unaware of the dates that Mr and Mrs Yuille may have worked the brickworks)

07/08/1893 – Glasgow Herald – Going Tile and Brick Works to let – The tile and brick works and relative buildings, part of the farm of Drumby on the Estate of Williamwood, in the Parish of Cathcart, Renfrewshire, all as presently possessed by Mr Peter Brown, will be let for such period as may be agreed upon with entry at Whitsunday 1894. The works are within 6 miles from Glasgow by road and are in the immediate vicinity of Clarkston Station, Busby Railway. The clay is of well known and proven quality: the cost of working is low and a trade has been established for many years. The permanent plant and machinery is to be taken over by the tenant at a valuation and includes the kilns, sufficient drying sheds, boilers and engines ????? and mixing machinery and haulage apparatus, buildings and odd sheds including chimney stalk, smith, office &c. tile burners cottage ????? 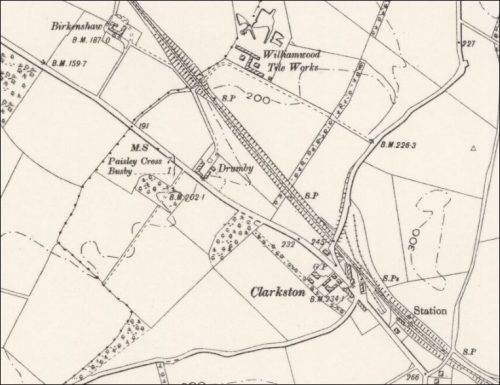 25/10/1897 – Greenock Telegraph – P. Brown, Bishopton was among a large number of guests who attended by invitation Garvel Park, Glasgow to watch machinery at work at the James Watt Dock of Greenock.

23/03/1900 – Edinburgh Gazette – The Firm of Peter Brown and Company, Brick and Tile Manufacturers, Williamwood, near Glasgow, of which the Subscribers were sole partners, has been dissolved, as at 30th September 1899, by the retiral therefrom of James Anderson Gilmour. The business of the said firm will be carried on under the old name by the subscriber Peter Brown, who will pay all debts due by, and receive all debts due to, the said firm. Kilmarnock, 30th December 1899. Peter Brown and Jas. A. Gilmour. (Note – SBH – This may well be the same James Gilmour that was associated with the Geilston Brick and Tile Works or perhaps father and son). 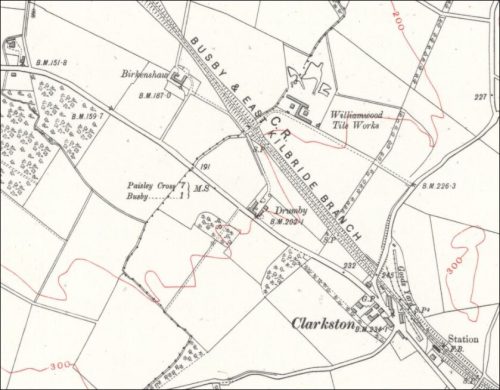 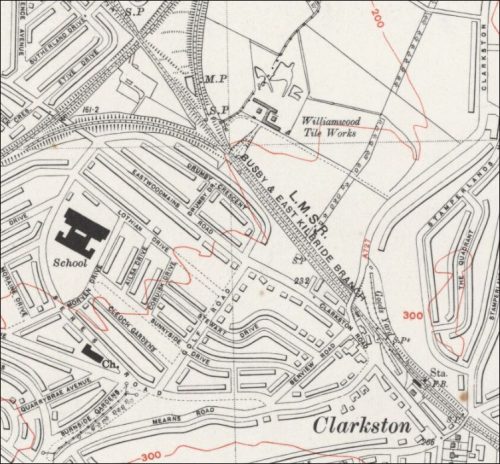 Below – This portrait of Mrs Yuille is thought to have been painted by the Scottish artist, Thomas L. Ritchie, who worked in both Glasgow and Edinburgh and exhibited regularly at the Royal Scottish Academy from 1850 – 1875. 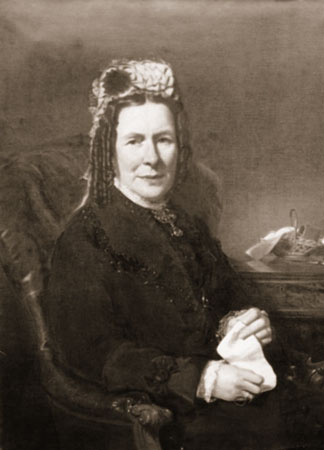