1934 – The 1985 publication ‘A survey of Scottish brickmarks’ suggests that these works were operated by Stewart and Son at this time. (Note – SBH – I believe this may be John Stewart and Sons who also operated the Anniston Brickworks, Inverkeillor, Angus).

22/05/1937 – The Scotsman – New Fife brickworks. The steadily increasing demand for bricks for housing schemes in West Fife has resulted in the formation in Dunfermline of a private company, which intends to engage in the manufacture of bricks on an extensive scale. The works are to be erected alongside the Leadside Colliery of Thomas Spowart & Co . (Ltd) at Wellwood and the blae output of the pit will be utilised in the works, in which kilns and brickmaking plant of the most up-to-date description will be installed. It is hoped to make a beginning with the production of bricks in September. 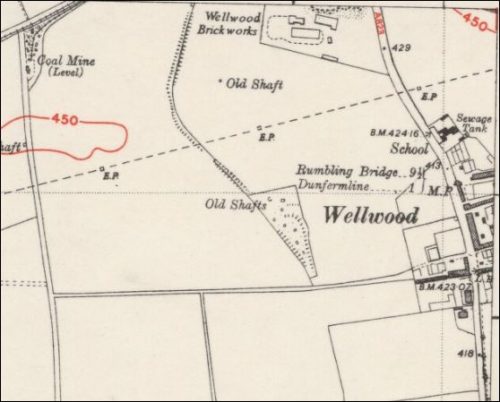 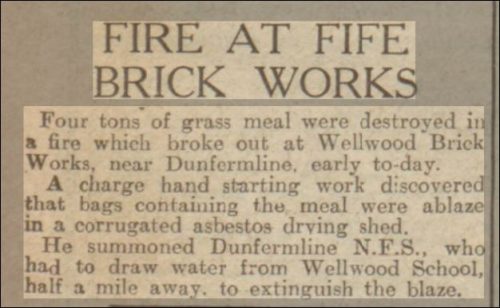 Early 1970s – The 1985 publication ‘A survey of Scottish brickmarks’ suggests that these works were operated by The Hepworth Group around this time.

Below – The Scottish Industrial Archaeology Survey published a report in 1985 entitled ” A survey of Scottish brickmarks. During the compilation of this report in which the survey officers visited working and derelict brickworks sites, many items of interest were donated or found. Many of these items were thereafter donated to the National Museum Scotland. The item below is one of these items. A brass stamping plate marked ‘Wellwood’ and an associated brick. 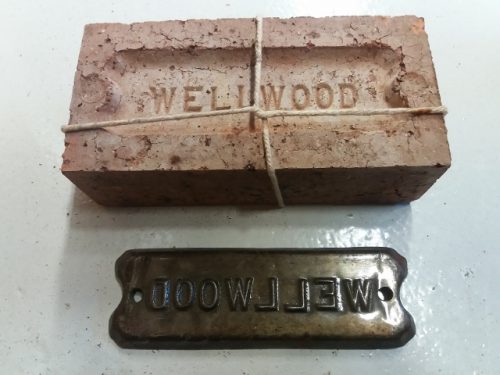