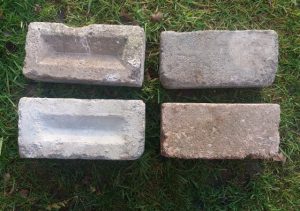 Dockra and subsequent take over Companies made concrete bricks.

The initial bricks were made with a frog and then then moved to frogless versions. The did a grey/’blue’ brick and a ‘red’ brick with a textured finish.

Apparently builders hated building with them as the bricks tended to ‘move’ on their cement base while building and you could only build a few courses at a time before having to allow them to set.

The 2 left bricks with the frogs are early Dockras and were made at the original Dockra Brick Works with a Sutcliffe Press.

The 2 right bricks are letter frogless versions and are the grey / blue and red examples with textured finishing. These were manufactured when Edenhall took over. They introduced a new press. 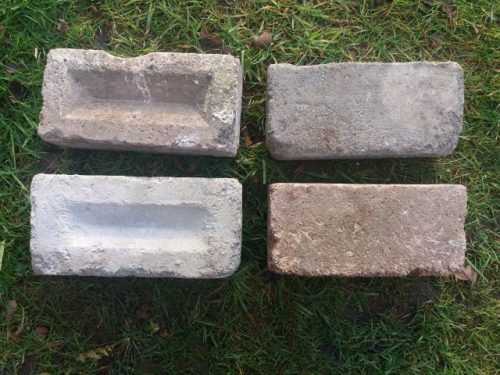 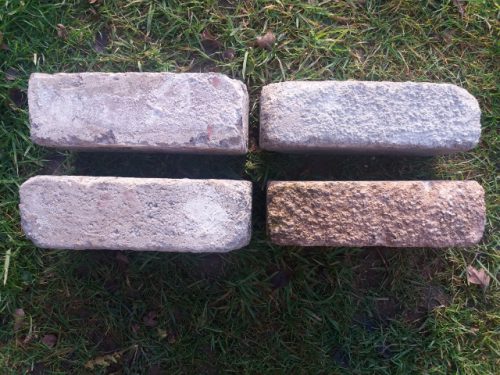