United Collieries Ltd was formed in 1898 to amalgamate 9 collieries and a further 23 collieries were added in 1902, among which was James Wood Ltd with Robertson, Love & Co Brickworks subsidiary. The capital of the group was £2 million, a very large sum. Among the companies amalgamated was the Glasgow Iron and Steel Company of Clydesdale and Calderbank, who after the nationalisation of their steel interests were to become one of the largest brickmakers in Scotland in the 1980s.

Robertson, Love & Co were liquidated in 1916 but continued to make firebricks as part of United Collieries Ltd. When coal was nationalised in 1947, the brickworks were reorganised as United Fireclay Products Ltd. and comprised the Etna and Atlas Firebrick Works, the Bathville Pipe Works, the UNICOL Tile Works, all at Armadale and the Brownhill building brick works at Clelland, Lanarkshire. The chief refractory brands were Etna 933% alumina), Atlas (38% alumina), and Atlas A (42% alumina), all based on local fire clays. The Bents Mine near Stoneyburn supplied an excellent 42% alumina fireclay from which the Mars brand was made, but the fireclay was worked out and the mine closed in 1929. The Drum Mine near East Whitburn took over and the Northrigg No 7 pit supplied fireclay for pipes and some coal. The Tippethill Mine (38% alumina, 2.5% iron) replaced the Drum Mine in 1960 and the Pottishaw Mine replaced Northrigg in 1963.

Woodall – Duckham bought United Fireclay Products Ltd in 1957 to secure their source of fireclay shapes for gas retorts. The modern West Works was started in 1960 with a 400-foot tunnel kiln. Heathfield & Cardowan Pipeworks Ltd was bought in 1968 and at that time the Company was at its largest capacity, employing about 600 men and women. Demand for pipes fell due to competition from plastic pipes and the Bathville Pipe Works was closed in 1970. Lower demand for refractories led to the Etna works being converted to make building bricks under the Etna brand and the closure of the Atlas Works in 1973. The Company had again changed hands being bought by the Gibbons Dudley Ltd for £715,000 in March 1971. As refractory demand fell further the Company was bought by Steetley Ltd in 1981, who changed the West Works into a facing brick works and sold the Etna and Brownhill Works to GISCOL Ltd.

Before all these changes the Company had earned a high reputation for their firebricks and then high alumina bricks which they developed in the post-war period. James Smith was the managing director during this period with John McWilliam as his technical director. Smith was followed after his death in 1976 by Bill Stickler, then by Graham Pearson. Source The Scottish Refractory Industry 1830 – 1980. 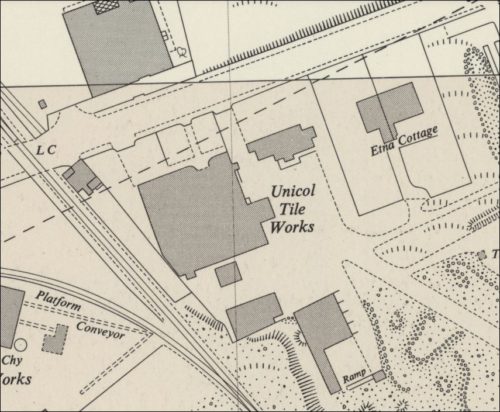 1947 – United Fireclay Products Limited comprised of the Etna and Atlas Firebrick Works, The Bathville Pipe Works, the UNICOL Tileworks, all at Armadale and the Brownhill Building Brickworks at Clelland, Lanarkshire.  Lower demand for refractories led to the Etna Works being converted to making building bricks under the ETNA brand and the closure of the Atlas Works in 1973.  Gibbons Dudley took over the United Fireclay Products in 1971 and they were bought over by Steetley Ltd in 1981 who then sold the Etna and the Brownhill Works to GISCOL Ltd. 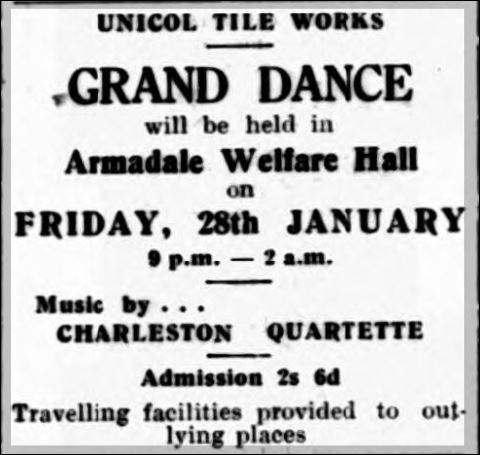 19/07/1957 – West Lothian Courier – Unicol closedown. A subsidiary of United Fireclay Products at Bathville, the Unicol Tiled Fireplace Works closed down last Friday. The 17 men employed in the department were offered alternative employment by United Fireclay Products, and although most have accepted, a few are considering seeking employment elsewhere. This means that no more tiled grates or fireplaces will be made at Bathville, but there was no truth in rumours circulating in the district that there was to be an all-round close-down.

07/09/1973 – West Lothian Courier – A blaze in derelict offices at the Pipeworks of United Fireclay caused units from Bathgate and Livingston fire stations to rush to Bathville at tea time on Monday. The outbreak took some time to bring under control.