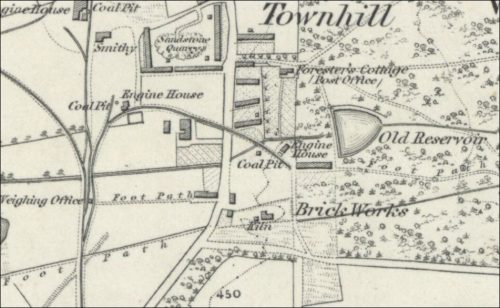 12/01/1880 – Dundee Courier – …..since the Townhill Coal Company settled down in the village ( Townhill Village) some sixteen years ago, the place has rapidly increased and is improved in many ways. Year by years the tenants of the colliery have increased the area of their field, giving to the Burgh a large and annually increasing revenue. At the entrance to the village there is the brickwork of Mr Richard Strut, (Street?) who has been four years located in the village.