(Note – SBH –  Mr Jas Goldie’s and William Gilchrist’s bricks are marked Shawfield Toll and I assume these are the same works as Shawfield Brickworks).

15/01/1883 – North British Daily Mail – Gilchrist and others (Goldies Trustees) V Goldie and Son. This action is raised by the trustees of the late Alexander Goldie, contractor,  Millbrae House, Langside against James Goldie and Sons, brick builders and contractors, Glasgow to have the defenders ordained to pay the pursuers the sum of £3739 13s 2d being the balance alleged to be still due of the late Alexander Goldies interest in the defenders firm. The defenders maintain that they are only liable in payment of a sum of about £800 subject to deduction of certain payments made to account which exceed that sum and that therefore they are entitled to absolvitor.

Gilchrist and others (Goldies Trustees) V Gilchrist and Goldie – This action is raised by the same parties against Gilchrist and Goldie, brickmakers, Glasgow and concludes for payment of £2600 being the balance alleged to be due of the interest of the said Alex Goldie in the defenders firm. The defenders tender a sum of about £400 in full of all claims. The records of both claims were closed today and sent to the procedure roll.

16/08/1884 – Airdrie and Coatbridge Advertiser  – John McFayden, brick burner was charged with seriously assaulting a vagrant named John Rankin at Shawfield Brickworks. McFayden left Rankin in charge of the kiln while he went for a sleep. Rankin himself fell asleep and when he awoke he found the kiln fires almost out. He wakened McFayden who thereafter assaulted him. 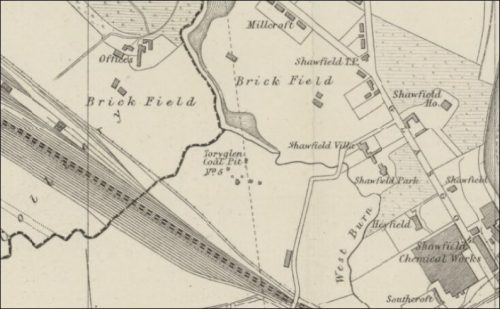 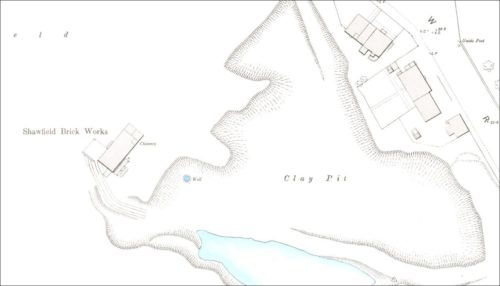 Below – 1903 – Photograph of James Goldie at the Trade House. He was made Deacon-Convenor of Trades in 1903. (Many thanks to Linda Boyle for forwarding this). 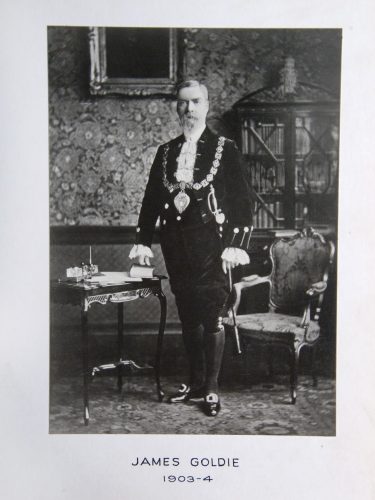 Below – 1910 – Shawfield Brickworks, Rutherglen, Glasgow. (Note – SBH – These works have moved from their original site to the other side of Glasgow Road). 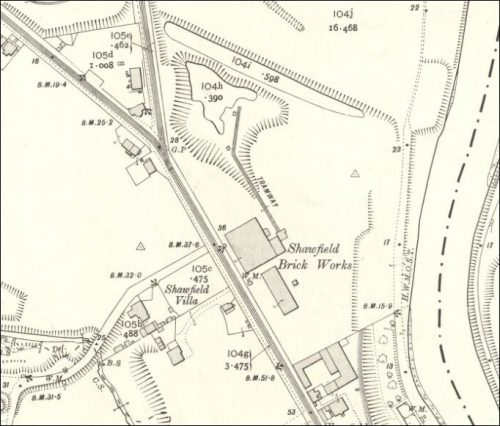 08/05/1915 – Edinburgh Evening News – Destructive fire in brickworks – Fire was discovered to have broken out yesterday morning in the brick making works belonging to Messrs James Golder (Goldie) & Sons, Shawfield, Rutherglen. The damage is estimated at about £500.

1935 – These brickworks no longer exist.