Bricks from these works were known locally as ‘puggies’ or ‘pudgies’.

1857 – 1861 – ScotlandsPlaces – A tile work on the farm of Newbigging The property of Mr Cruickshank.

14/12/1860 – Montrose, Arbroath and Brechin Review – Brick and tiles for sale – The lease at Pugieston Brick and Tile Works by Montrose is nearly expired. The stock on hand will be sold at reduced prices. Apply at the Works to A. Lindsay or Mr Crowe. Mains of Dun, 08/11/1860. 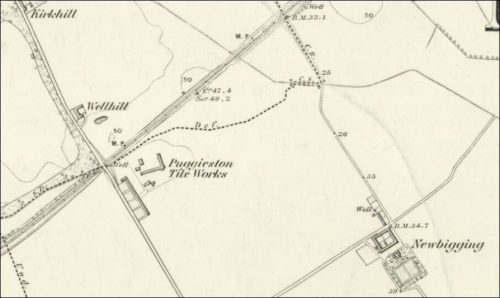 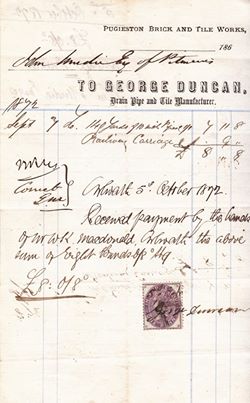 20/04/1883 – Dundee Advertiser – To brick and tile makers. Wanted, 3 or 4 good hands for filling and emptying bricks and pipe kilns. Piece work. Apply at the Pugeston Brickworks by Montrose. 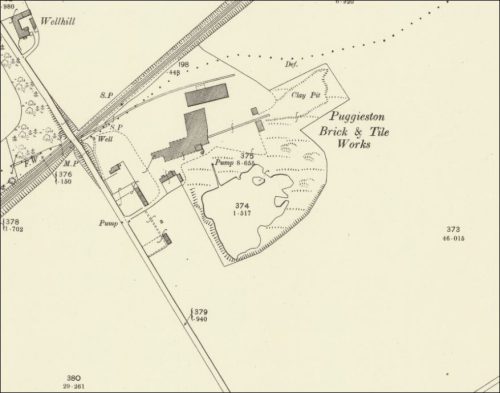 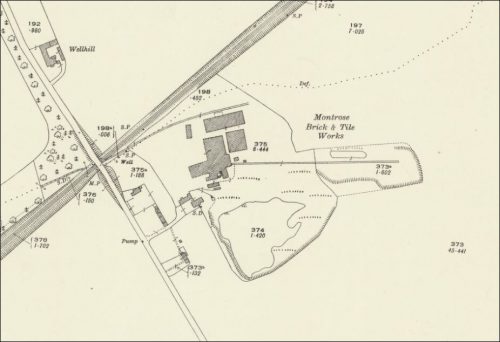 28/08/1925 – Montrose, Arbroath and Brechin Review – William Fraser (17), labourer, 1 Northesk Road, Montrose, has been admitted into Montrose Royal Infirmary suffering from an injury to his right hand. Fraser, who is employed at Pudgeston Brickworks, was engaged at the pipe roller when his hand was caught, and one of his fingers and the palm of the hand was severely crushed. He was removed to the Infirmary where he was detained for treatment 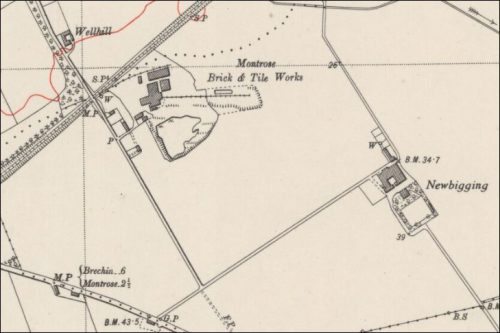 09/09/1938 – Montrose, Arbroath and Brechin Review – Manager injured. George Grant (43), manager, Pugeston Brickworks, near Montrose, sustained severe injuries to his left hand through having it crushed between two rollers of a machine. He was removed to Dundee Royal Infirmary. 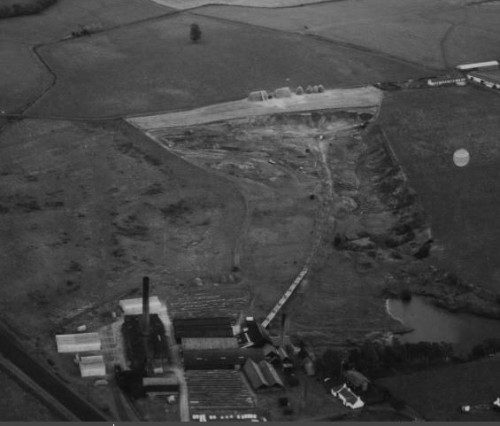 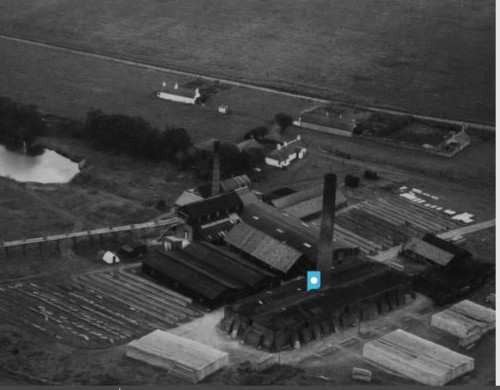 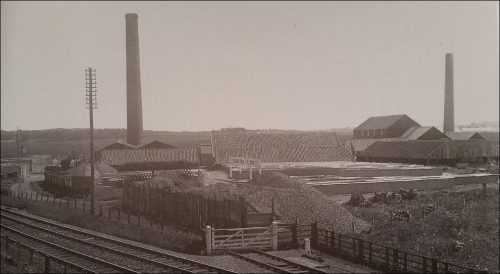 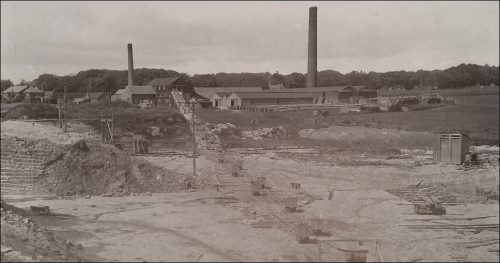