Below – 04/03/1882 – Alloa Advertiser  – This article mentions the Devon brick works at Devonside.  Alloa Coal Company appear to be referred to as the owners.

(Note – SBH – I believe this will be the same J & P Govan that had the brickworks at Cornton, Stirling and an interest in the clayfields at Longriggs). 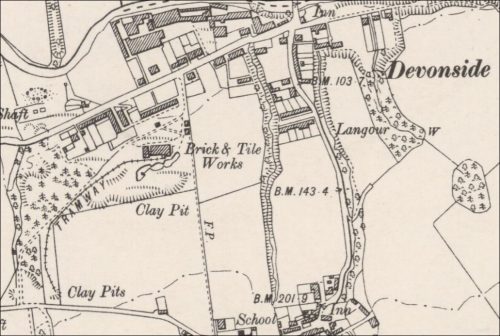 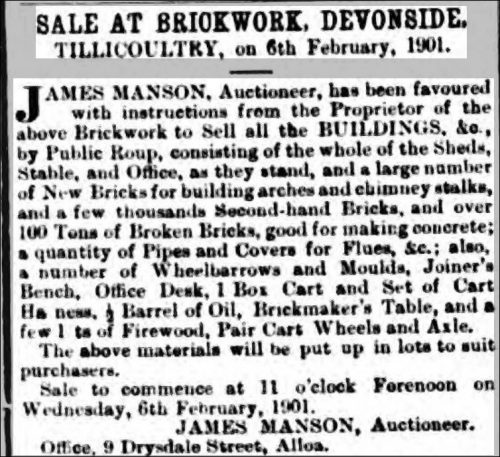 Below – 15/06/1901 – Alloa Advertiser  –  Miller Bros sue James Fyfe for £4 8s 6d after the brickworks were sold in February last. Miller Bros state they bought bricks during the sale and that Fyfe removed them prior to being uplifted. 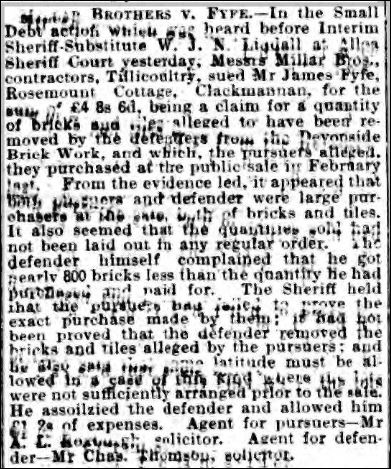