Info from Andrew Wood – The META coal mine, brickwork & briquetting plant was named after Meta Mary Graham Mitchell. She was the mother of the Managing Director of the Alloa Coal Company, Sir Harold Paton Mitchell. After the mine was nationalised in 1947, the bricks were marked SBC.

Alloa Coal Co Ltd – Meta Brickworks, Fishcross, Clackmannanshire – They owned 2 mines and mined both coal and fireclay. One shaft accessed a deep mine of 274 feet, the other was a surface mine.

In 1936 – The Board of the Alloa Coal Co set up a brickworks at the Meta Pit. The bricks utilised bing or blaes waste. 24chamber Hoffman Continuous Kiln with an output of 30, 000 bricks per day. In March 1942 the works closed down following a massive downturn in brick demand, due in main to little construction work taking place during the war.

25/08/1936 – Devon Valley Tribune – Alloa Coal Company’s new brick-making plant at the Meta Pit, Fishcross, is proving so successful that the stock in hand has been practically exhausted by the amount of orders received— despite the fact that 25,000 bricks a day are being turned out. It is stated that when another brick making machine has been installed, the output will be doubled. An interesting feature of the industry is that the bricks are made entirely of clay deposit—of which a hundred tons are used every day—from the Meta Pit. The clay after having been crushed by an automatic crusher is carried to the pan-mill by means of a belt conveyor where it is thoroughly ground. An ingenious type of chain to which are attached small buckets then serves to convey the material to the mixer after it has entered a discharge pipe. From the mixer, the ground clay is carried to the mould from which the bricks are ejected at the rate of 25 a minute. The next and last stage in the process takes place when the bricks, as yet unhardened, are taken to the kilns and fired for a period of ten days. It is stated that the quality of brick has captured the market, so much so that two shifts are being employed to cope with the demand. Orders are at present being received from every part of the country— Dundee, Crieff, Perth, Dunfermline, and even as far north as Lerwick in the Shetland Islands.

Below – 02/01/1937 – The Scotsman Alloa Coal Company open brickworks in May 1936 … In May ( 1936) a brick making plant was erected and so great has been the demand for these bricks that the Company is in the process of installing an additional plant to double production. 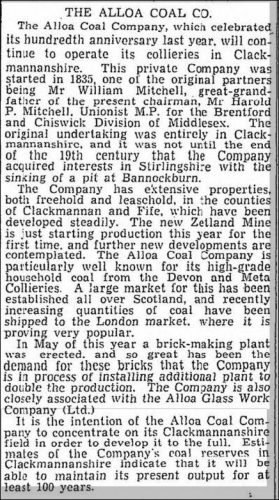 02/01/1937 – Aberdeen Press and Journal – Reference to the Alloa Coal Company’s assets being sold to the Carron Company, Falkirk – The Alloa Coal Company is one of the oldest private companies in Scotland and celebrated its centenary in 1935. The company will continue to operate their Clackmannanshire Collieries where they have a 100 years supply of coal and also their brickworks which will be extended to double their present output of 400,000 bricks per week. (57,000 per day to 114, 000 per day)

Below – 06/12/1938 – Dundee Evening Telegraph – Alloa Coal open a new power plant which generates electricity for their 5 collieries and the Meta Brickworks. 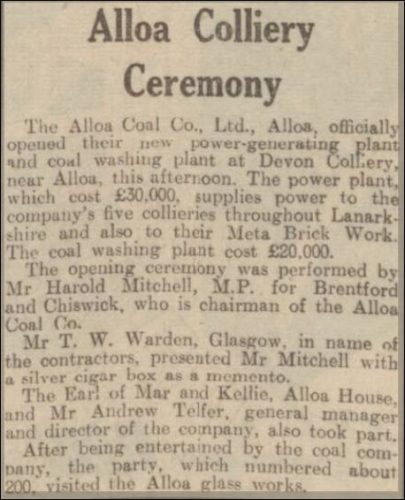 1940’s – The Meta Colliery, Clackmannan, owned by the Alloa Coal Company, had one deep mine shaft (2,274 feet) and one surface mine. It mined both coal and fireclay, and could supply its own brickworks with coal ‘on the spot’.

c. 1945 – The Meta brickworks were re-established.

1947 – The Meta brickworks were taken over by NCB – The National Coal Board.

07/07/1951 – St Andrews Citizen –  Scarcity of bricks in St Andrews. NCB asked if they can transport from elsewhere but they state that their brickworks including Brucefield and Meta were heavily committed and could not help.

1981 – It is believed the Meta Brickworks closed for the last time.

Below – Photo of the Meta Brickworks and Briquetting Plant  – unknown date. 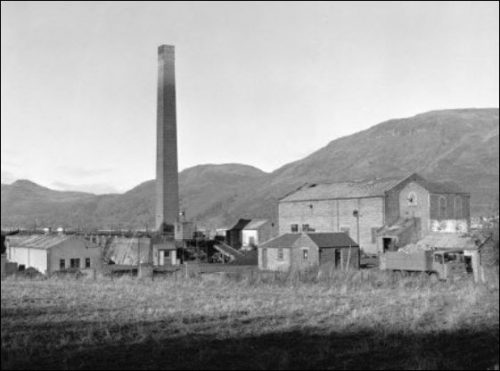 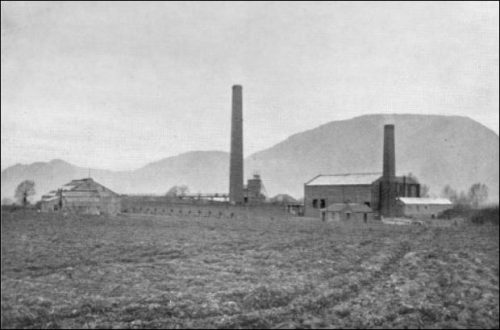 Below – Photograph showing the Meta Brickworks following the takeover in 1969 by the Scottish Brick Company Limited (SBC) – The origins of the photo are unknown. 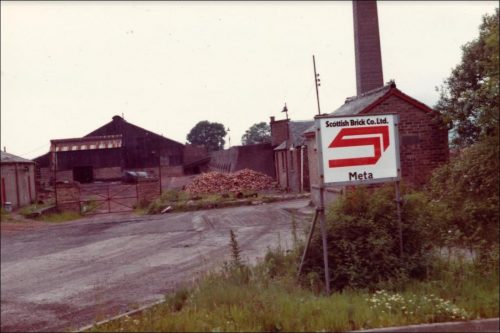 Below – Photograph as taken by Andrew Wood which depicts the bathhouse at the Meta Pit. It is built with 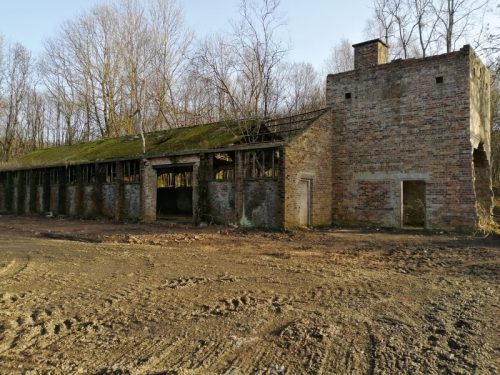