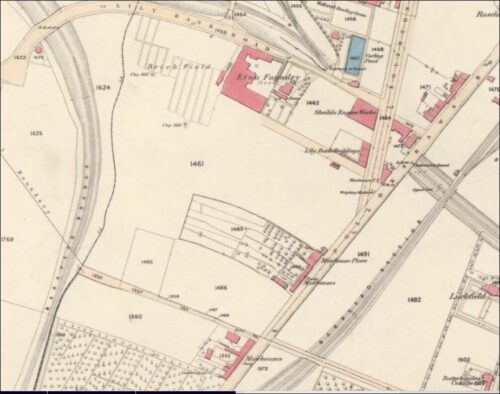 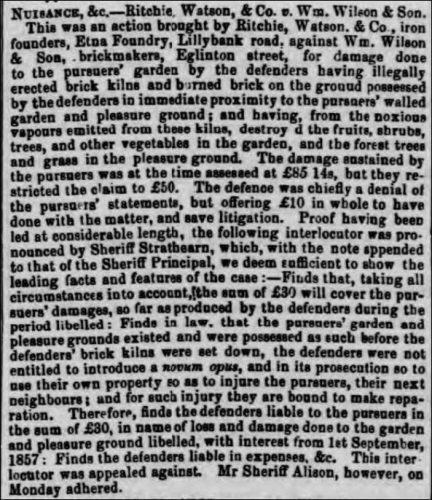 Below – 09/01/1861 – Glasgow Herald – Ground at Muirhouses, Glasgow to let as a brick and clay field … (Note – SBH – This ground appears to be adjacent to the Muirhouses Brickworks. I am not certain if it was ever let or whether perhaps, Mr Wilson took the ground to supplement his own brickworks. This appears to be the same land that was still up for sale in 1862). 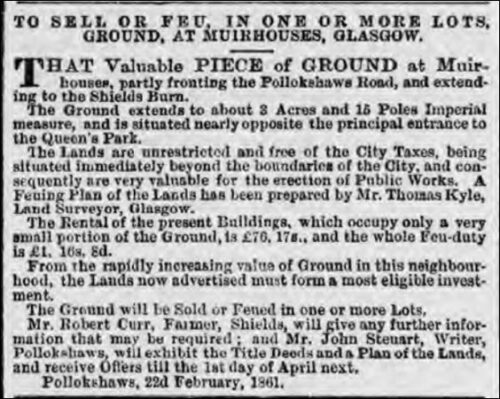 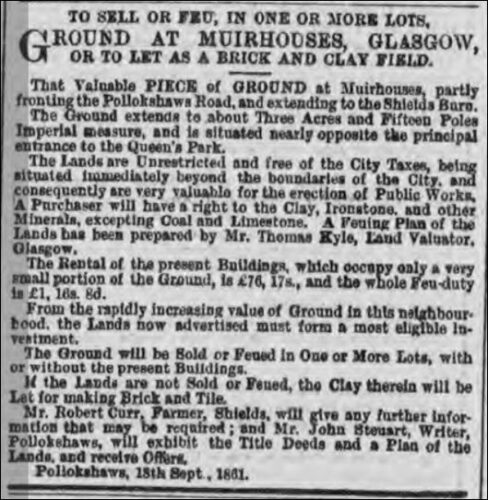 07/2/1878 – North British Daily Mail – Strathbungo. New brickfield. The large field lying close on the north of this village, betwixt the Victoria and Pollokshaws Roads, and which was for many years been occupied as a drill and campground by Volunteer regiments, and by cricket and football clubs, has been leased by Messrs Wm. Wilson & Son, of the Muirhouse Brickworks. The clay has been found on excavation to be of good quality and the necessary roads through the ground are in process of formation, and the materials for the erection of the engine house and offices are partly laid down. Govanhill, Crosshill &c, are nearly surrounded by works of this description and the erection of an additional one will not enhance their salubrity or the value of their house property. The ground belongs to the trustees of Hutchesons Hospital. The thousands of daily travellers to and from the Queen’s Park will hardly relish passing along the Victoria Road with the fumes of the coals from the burning bricks on each side of the road and will regret that the ground was not put to some other purpose.

Below – 1886 – Muirhouses Brickworks and surrounding brickfields.