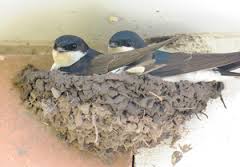 I believe the Eglinton Silica Brick Company may be the manufacturer behind the Martin brickmark although the simple theory that Peter and Mark Hurll may have manufactured them still exists. —  Eglinton Chemical Company Ltd made bricks for the Scotch Steel Works … The next manufactory in point of importance is their brickworks at Dundyvan, Coatbridge, in the very centre of the Scotch steel trade, where the flints obtained embedded in limestone at their Irish quarries, and bauxite brought from the same quarter, together with chrome ore such as is used at their Irvine works, are made, under processes patented by their manager, into silica, bauxite and chrome ore bricks respectively. These are used for lining Siemen’s, Martin’s steel furnaces, copper and gas furnaces, Bessemer’s converters, and for other metallurgical purposes.  The flint bricks have already been largely adopted by the steelmakers to the exclusion of the Welsh Dinas bricks, which previously held the chief position in the estimation of the trade.

Sir Carl Wilhelm Siemens developed the Siemens regenerative furnace in the 1850s and claimed in 1857 to be recovering enough heat to save 70–80% of the fuel. This furnace operates at a high temperature by using regenerative preheating of fuel and air for combustion. In regenerative preheating, the exhaust gases from the furnace are pumped into a chamber containing bricks, where heat is transferred from the gases to the bricks. The flow of the furnace is then reversed so that fuel and air pass through the chamber and are heated by the bricks. Through this method, an open-hearth furnace can reach temperatures high enough to melt steel, but Siemens did not initially use it for that.

In 1865, the French engineer Pierre-Émile Martin took out a license from Siemens and first applied his regenerative furnace for making steel. The most appealing characteristic of the Siemens regenerative furnace is the rapid production of large quantities of basic steel, used for example to construct high-rise buildings. The usual size of furnaces is 50 to 100 tons, but for some special processes, they may have a capacity of 250 or even 500 tons. Wiki Source

1920  – publication – A special report on the Mineral Resources of Great Britain  – Refractory Materials and Fireclays. Which states on page 211 – Peter and Mark Hurll Ltd, 144 West Regent Street, Glasgow. Garnqueen and Garliston Pits. Situation – Glenboig 1/2 mile S.S.W of Station. Geological formation – Millstone Grit, Lower Fireclay. The Lower fireclay is found in the Garnqueen Pit at a depth of 17 fathoms … The beds dip S.S.W at 1 in 5.

At the Gartliston workings, where the lower fireclay is 39 fathoms from the surface, the metals are dipping S.S.E at 10 degrees – the cement limestone here lies 20ft below the pavement of the fireclay seam. At present time no clay is being raised at Garnqueen, the works having been temporarily leased to the Eglinton Silica Brick Company for the manufacture of magnesite bricks from imported material. ( This could account for the number of Martin bricks lying at The Hurll works Garnqueen and Gartliston if the Eglinton Silica Brick Company were making Martin bricks there)

Another possibility is Hugh Martin. He appears to have been involved with the Castlecary Fireclay works c. 1884. 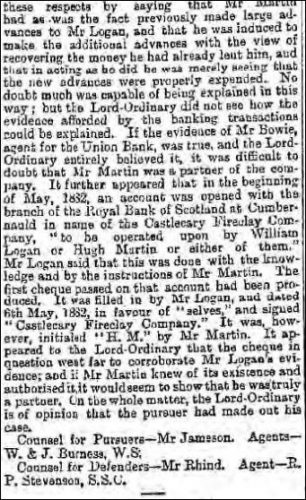 I have actually found a Kaolinit marked brick at Gartliston amongst the Martin bricks. 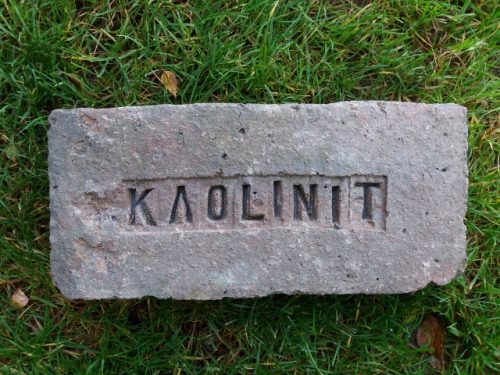 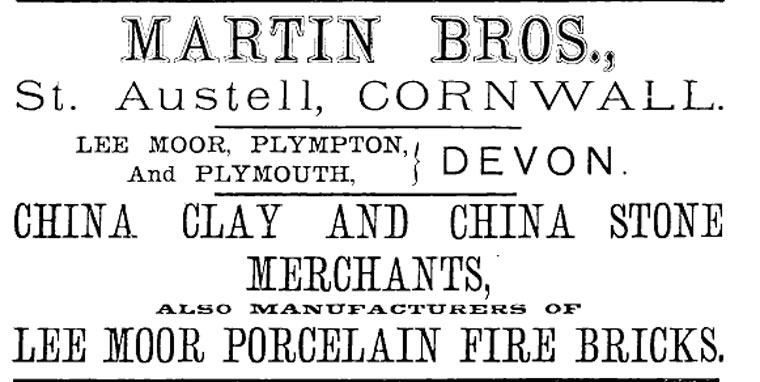 Then another possibility – Did Eglinton Chemical Company make bricks for Thomas Martin?

Glasgow Iron and Steel Co of Wishaw  – 1844 Company established. In 1853, the Glasgow Iron Co acquired the derelict works at Motherwell of the West of Scotland Malleable Steel Co for £42,050. The works were managed by Thomas Martin, who improved, and patented, the refining and puddling of iron.

In 1853, the Glasgow Iron and Steel Co acquired the derelict works of the West of Scotland Malleable Steel Co at Motherwell for £42,050. The works were managed by Thomas Martin, who improved, and patented, the refining and puddling of iron.  The works closed in 1902.

One other theory of course and it would have been my theory of choice were it not for the Eglinton Silica Brick Co info above, is simply that Hurll themselves made these bricks for Pierre- Emile Martin and marked them accordingly. This is still a major contender but until proven otherwise I will go with theory 1 above meantime!

06/11/2020 – This information regarding William Martin and Sons recently came to light and is relevant to this discussion.

During WW1, the Eglinton Silica Brick Company Limited leased Hurlls Garnqueen Fireclay Works, Glenboig in order to manufacture fire bricks, in particular silica and magnesite based bricks. They also had a large brickworks in Dundyvan Road, Coatbridge. Adjacent to these works were the Dundyvan Ironworks which no doubt used high numbers of fire bricks during the course of their business. These works were established in 1844 and were operated by Hugh Martin, William Martin, Alexander Neilson under the company name William Martin and Sons. This certainly appears to have been the case in the period around 1922. So perhaps the bricks found bearing the stamp ‘Martin’ which are predominantly found in the area of Glenboig, where the Eglinton Silica Brick Company Limited operated, were manufactured for William Martin and Sons and stamped accordingly.