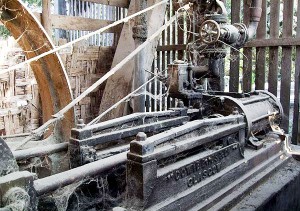 I have found various ‘Cowie Bros’ stamped brick at the Hurll, Gartliston Works.

I have been contacted by a John Napper, a family member of Charles Rennie Cowie who states  “my great grandfather was Charles Rennie Cowie (1851-1922), who founded Cowie Bros, trading between the UK (specifically Glasgow) and Burma.  The connection with Hurll bricks was that Charles Cowie’s youngest sister Jessie (1862-1931), married Mark Hurll (1849-1928), the founder of P&M Hurll, in 1888, so presumably, the bricks stamped Cowie Bros were manufactured at the Hurll works (although I have no definite knowledge of this).  Mark Hurll died in Hillswick Shetland, while on a fishing holiday in 1928 of a heart attack.”

The above convinces me that the Cowie marked bricks are indeed Scottish and a product of the Gartliston/Garnqueen works.

The Cowie Brothers Company was a huge exporting business based in Glasgow. They seemed to have exported anything that was made in the city and adorned their name to the goods. I believe they have added their name to these refractory bricks for selling on. 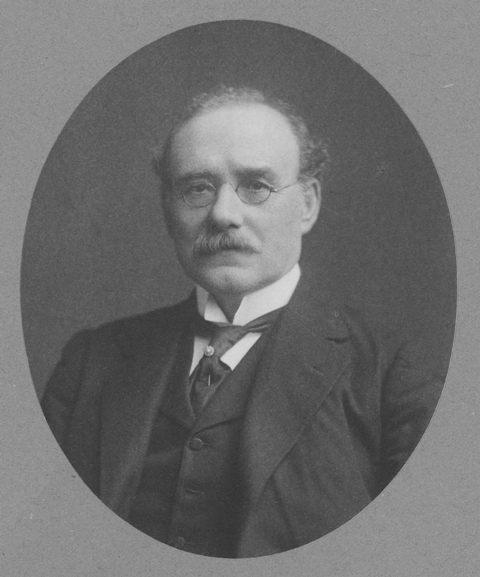 He, along with brothers Archibald and James, formed Cowie Brothers & Co, a company of exporters based in Glasgow.
Charles Rennie Cowie died at 62 Partickhill Road, Glasgow on 18th November 1922.
Grace Purdie died in the same house 7 years later on 9th November 1929.
They are buried in the Western Necropolis Cemetery, Glasgow. 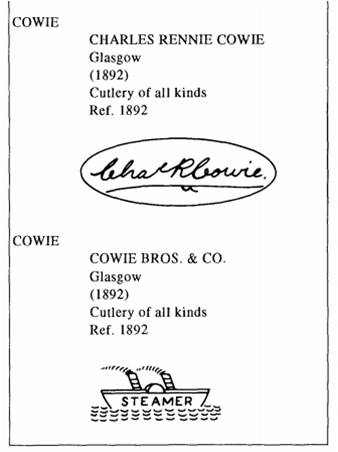 1887 – Cowie’s patent cement or artificial stone – For Millstones, Rice Hullers, Emery Wheels. We beg to bring before your notice our Patent Composition for Millstones, etc. It is now being used extensively and exclusively in most of the Rice Mills of Burma and Siam, where it has superseded Millstones. We have recently introduced it into Barley and Oatmeal Mills in Great Britain, and it has been found to work quite as successfully at in Rice Mills. A layer of the Cement? in. thick will last from 50 to 150 working days, depending on the care with which it has been applied, and the nature of the work done. We ask you to give our Composition a trial, as we are confident it will be found to give every satisfaction, and we are prepared to guarantee our Composition. For prices and full particulars apply to Cowie Bros, & Co., 59, St. Vincent Ss., Glasgow. Steel manufacturers. 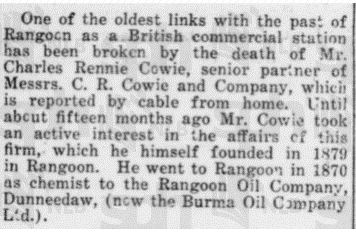 Information on steam engines used in Malaysia  – Cowie Brothers, Glasgow, Scotland (these also used their own number series), they issued comprehensive catalogues of everything under the sun as Chas (= Charles) Cowie, Rangoon at least up till 1937 and presumably until the Japanese invasion. ( My note – I would love to see one of these catalogues!)

Cowie Bros. Co, Glasgow, provided the iron posts of the portico of the former Hong Kong and Shanghai Bank (now the Myanmar Foreign Trade Bank) and also the cast-iron steps of the spiral staircase of the red brick building on Bank Street. 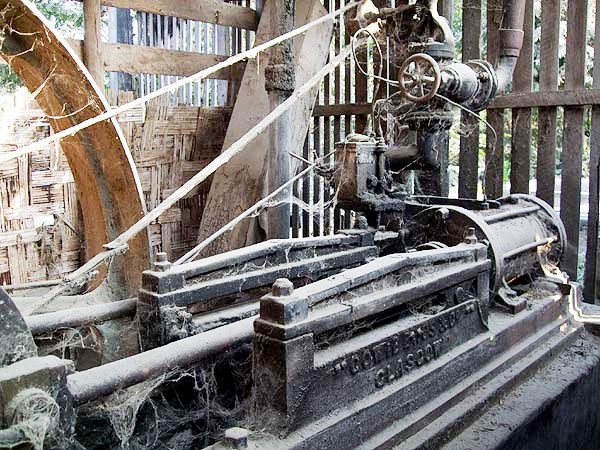 Below – Cowie brothers also exported pottery etc and used the trademark below. 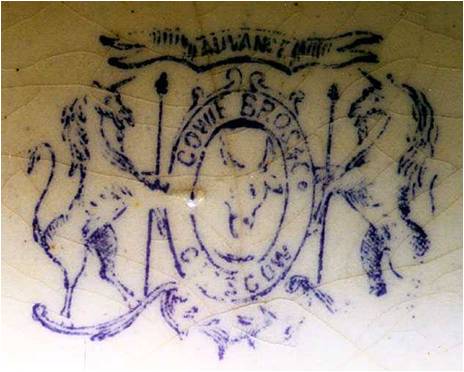 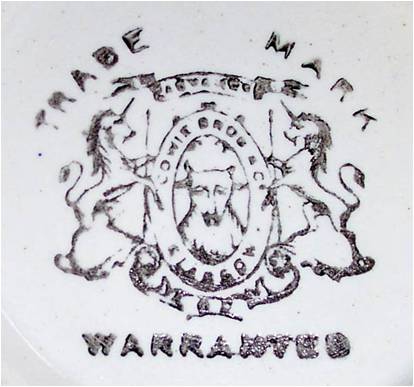