28/07/1888 – Hamilton Herald – Pit accident. Last Saturday while a miner named James Collington was at work in Kirkhill Colliery, a quantity of clay fell from the roof and injured him severely. He was at once removed to his residence where his injuries were attended to. 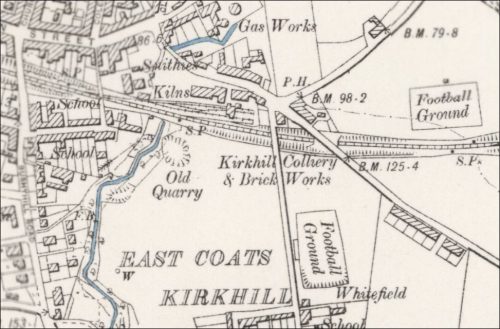 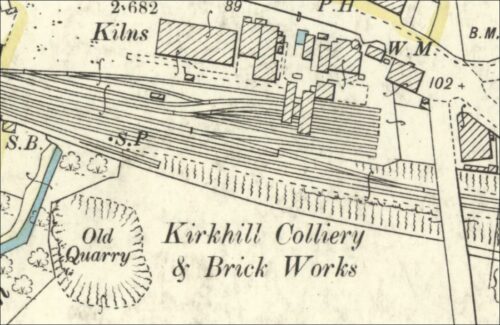 05/08/1898 – Daily Record – Yesterday morning while a lad named Robed Burns, about 14 years of age, son of James Burns, residing in Tabernacle Lane, Cambuslang, was in the act of oiling the machinery as Kirkhill Brickwork, Cambuslang, he was gripped by the fans and so much mutilated that his remains had to be gathered together and confined before being sent home.

14/10/1899 – Airdrie and Coatbridge Advertiser – Alleged stoppage of a colliery. The expiry of Kirkhill Coal Company’s lease on 11th November has given rise to various rumours as to the stoppage of coal-digging at the pit. The present company make no secret of their intention to quit their tenancy on the date specified and will not renew the lease. Mr Robert Adam, the chief partner in Kirkhill Company, has received a letter from A. G. Barns Graham, of Milngavie, factor for the ground, stating he was prepared to purchase the colliery and all its appliances. 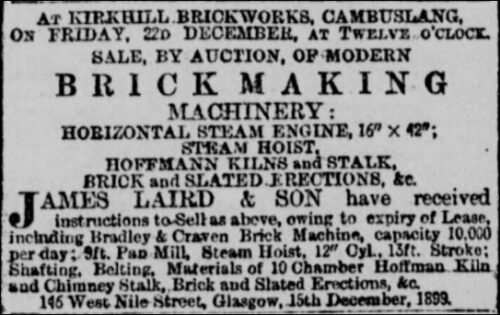 23/03/1910 – Hamilton Herald – Mr Robert Adam of Althea, Airdrie died on Saturday in his 64th year. He removed from Cambuslang to Airdrie about 6 years ago. He was the proprietor of Kirkhill Colliery, Cambuslang until within a few years of it closing down. Mr Adam was chairman for a term of Cambuslang Parish Council and he was a JP of the County of Lanark. He is survived by two sons and three daughters.