Below – Inkermann Brickworks – Many thanks to Roddy Boyd.

Inkerman Oil Works has been known at various times as Abercorn oil works, Walkinshaw oil works and Hermand oil works, (but should not be confused with the Abercorn oil works, Paisley of Anderson & Walloch, concerned with the processing of vegetable oils.) Inkerman works were established in about 1871 by the Abercorn Oil Company. In 1880, when that company was incorporated into the Walkinshaw Oil Company, the “existing oil and brickworks and workmen’s houses near Inkerman” were valued at £22,498. East Fulton works, and various mines and mineral rights were also transferred to the new company. The Walkinshaw Company seemed to have replaced or reconstructed the retorts at Inkerman and constructed a new refinery that both served the Inkerman retorts and processed crude oil bought in from elsewhere. Hot gasses from the retorts fuelled the company’s brickworks at Inkerman, and the company’s railway linked the works with various pits. Financial problems and issues with the quality of the local shale saw the production of crude oil cease in about 1885, the refinery continuing at a reduced level until 1886, and brick production continuing until liquidation of the company in 1890. The refinery was the subject of a major fire in January 1885 (this account gives some description of the layout of the buildings and lesser incidents in April 1885 and January 1887. Under the ownership of the Hermand Oil Co Ltd, from 1890, the refinery continued to see little service and the refinery plant and equipment were sold off in 1900 The second edition OS map, surveyed c.1895, shows the site in use as a refinery, although the disused bing provides a clear indication that the site had earlier been used for crude oil production. The Village of Inkerman stood on Blackstoun Road just a few hundred yards out from the Paisley Burgh Boundary at what is now Ferguslie Park Housing Scheme. Built in 1854 – 1855 by Messrs Merry & Cunningham, local Coal and Ironmasters the village was named after the Battle of Inkerman in the Crimean War. The Village consisted of Five rows of houses, a company store and later, a School and Schoolhouse were added, along with reading rooms. There was no electricity, lighting was with Paraffin lamps, heating was Coal fires and the toilet was out the back. There were Sixteen mines in the area with Seven at Inkerman which was rich in Ironstone. When the pits closed at the turn of the Century, brickworks opened up at Blackstoun, Walkinshaw and Inkerman. In the 30’s Merry and Cunningham went into liquidation and the Village was put up for sale. The School closed in 1938 with the pupils being transferred to Linwood. When no one bought the Village it was demolished and the population moved to Linwood and Elderslie. What remains of Inkerman is only the School and its House, the Bowling Club, Abercorn Cottage and some pots and scars on the land.

16/08/1873 – Greenock Telegraph – Bricks – red bricks for sale. Apply to the manager, Abercorn Oil Co’s Works, Inkermann, near Paisley or at the office of the Company, 48 Dundas Street, Glasgow.

27/09/1880 – Glasgow Herald – Walkinshaw Oil Company. Share capital £120,000. – The Walkinshaw Oil Company Limited is intended to be formed for the purpose of acquiring … The existing oil and brickworks and workmen’s houses situated at Inkermann near Paisley and belonging to the Abercorn Oil Company … There is machinery in the works capable of making 80,000 bricks per day but some additional drying stoves will be required and there is an abundance of clay, the taking out of which provides a place for the refuse of the oil works. The additional outlay in this Department is estimated at £3000 … The Company also has a right to manufacture bricks from the lands of Walkinshaw free of Lordship …

17/04/1895 – Dundee Advertiser – A new industry is about to be started near Johnstone. Mr D. R. Adam, Kirkhill Collieries, Cambuslang is erecting machinery at No 3 Douglas Pit, Inkermann for the conversion of the huge bings of blaze into bricks. The works are to be extensive. 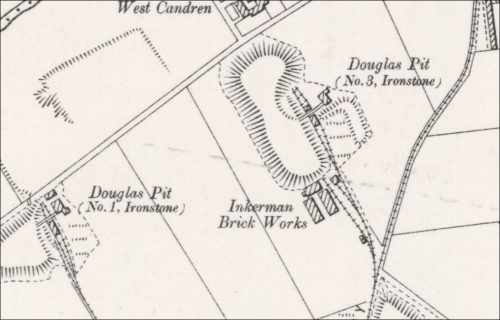 14/03/1899 – The Scotsman – Factory Act Prosecutions – In Paisley Court yesterday, Sheriff Henderson on the bench. D.R Adam, brick manufacturers, Inkermann was fined £5 with 14s expenses for employing young persons who had not the statutory labour certificate.

27/10/1900 – Paisley and Renfrewshire Gazette – While employed in Mr Adam’s brickworks at Inkermann on Monday, James Fleming, 45, residing at 10 McKenzie Street, got his right arm severely lacerated. He was conveyed to the infirmary. 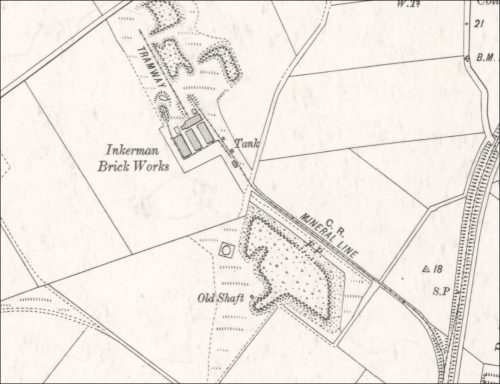 Below – c.1920 – Possibly taken at the Inkerman Brickworks – note the railway wagon to rear. 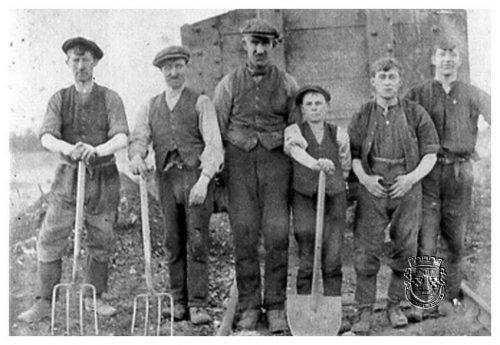 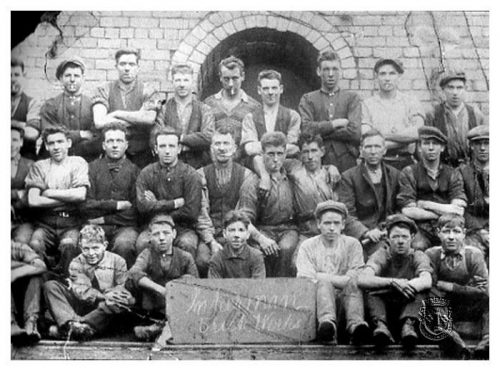 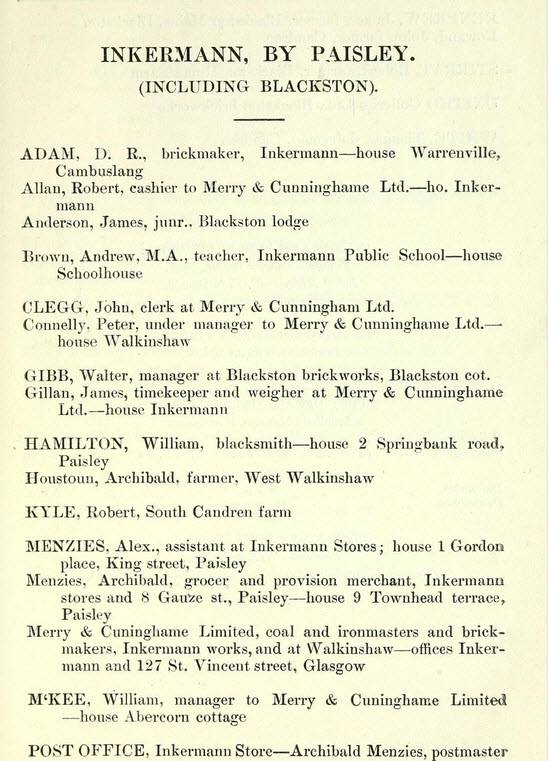 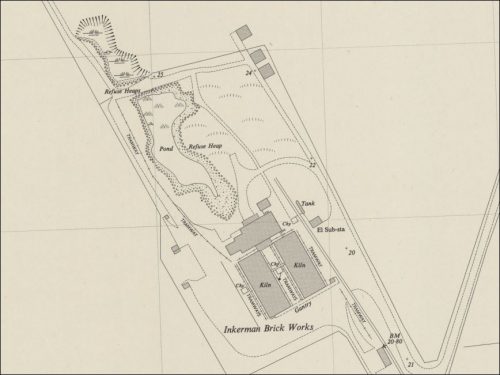