Referenced – A smaller concentration (of brickworks) was to be found at Auchenheath, with the Old and New Auchenheath Tileworks (CAVLP 089/090), and the nearby Clydesdale Brick and Quarry Works (CAVLP 091).

1908 – Plan of silica brickworks at Braidholm belonging to Clydesdale Brick and Quarry Company. 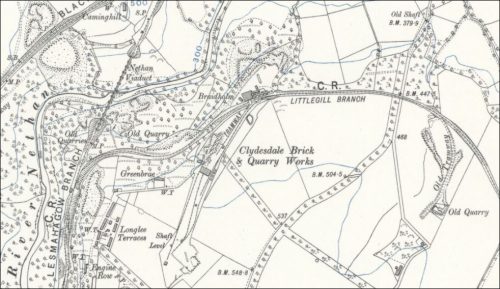 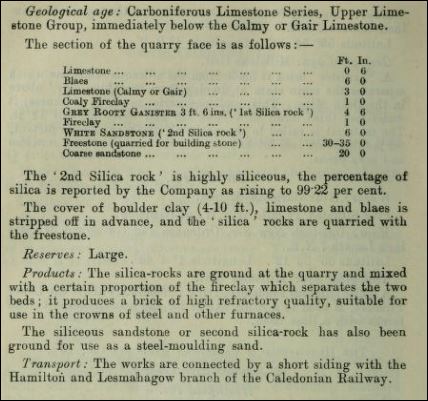 28/03/1933 – Edinburgh Gazette – Clydesdale Brick and Quarry Company Limited (In voluntary liquidation). At an extraordinary general meeting of the above-named company, duly convened and held on the twenty-fourth day of March nineteen hundred and thirty-three, the following extraordinary resolutions were passed:—
(a) That it has been proved to the satisfaction of this meeting that the company cannot, by reason of its liabilities, continue its business and that it is advisable to wind up same, and
accordingly that the company be wound up voluntarily.
(b) That Frederick William Campbell, Chartered Accountant, 18 Melville Street, Edinburgh, be and is hereby appointed liquidator for the purpose of winding up.
F. W. Campbell, C.A., Liquidator. 18 Melville Street, Edinburgh, 28th March 1933.