Home / Brick and Tile Works / Broomhill Brickworks, Bonnybridge, Falkirk, Stirlingshire
Canmore – Broomhill Brickworks; Bonnybridge Firebrick Works. Firebrick works, High Bonnybridge, late 19th to early 20th century. A compact site consisting of a two-vent firebrick kiln and a single-storey, red-brick moulding shop with a heated drying floor. One of the last small firebrick works in the country. (Note – SBH – Canmore states the works began in the late 19th century which is contradicted by the information below).
Broomhill Brickworks, High Bonnybridge, Stirlingshire Broomhill Brickworks was built to produce refractory bricks, a speciality of the Bonnybridge area. It was probably the smallest works of its kind in Scotland, with a single kiln and a small moulding and drying shed. This view shows the single rectangular downdraught kiln from the southwest. This had four fire holes, two at each end. The works closed in 1979 and were demolished soon afterwards. 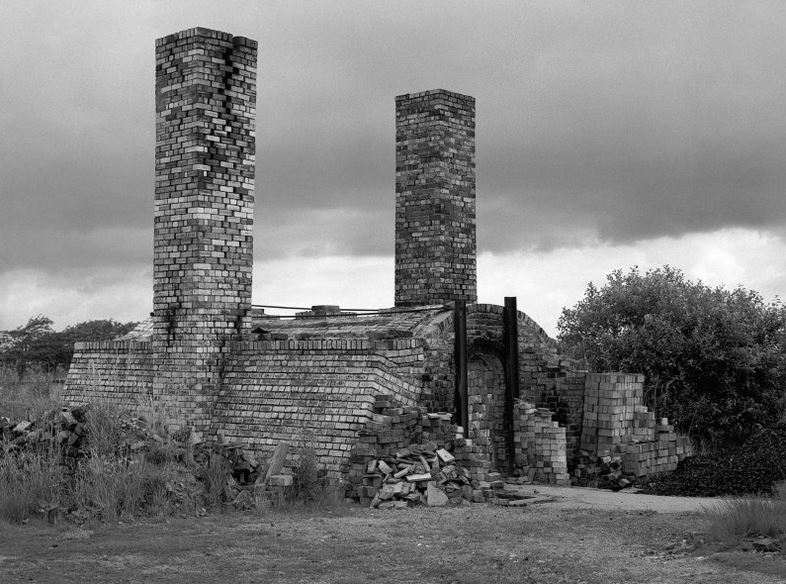 Broomhill Brickworks, Bonnybridge.   This small brickworks lies to the east of Dougall’s Bonnyside brickworks.  It was started in 1924 by William McAinsh, with four employees until 1927.  It was taken over by John Neish & Co and was known locally as Neish and Silcock.  It employed six men at this time, but the economic depression forced it to close in 1931.  It was re-started by Andrew C. Wilson and Archibald Hopkins who had been working at Cochran’s brickworks a short distance to the south.  Wilson died in 1976, and like many of the brickworks, it closed in 1979.
There was no associated clay pit, as by agreement all the clay had to be bought from Dougall’s who owned the land.  The making and drying stove was heated by under-floor flues heated by coal fires on one side of the stove drawing to four small chimneys on the other side.  A single coal-fired intermittent kiln was fired to about 1200 ‘C in three days, with another three days cooling.  All the bricks were hand made and consisted mostly of special shapes for slow-burning stoves, baby brick and fire-backs for domestic fireplaces. Source Kenneth W Sanderson
***********************
Broomhill Brickworks, Bonnybridge. The works were opened in 1924 by William McAinsh. He remained sole proprietor until 1927 when the enterprise was transferred to a  Mr Neish and a Mr Silcock. With the economic slump of 1931, Mr Neish and Mr Silcock closed the works but Messrs Wilson and Hopkins of Cockeren Brickworks bought the works over. The works remained in their control until the death of Hopkins in 1976 when they appear to have closed.  The works were famous as being one of the smallest brickworks in the country. They used imported ready milled clay.
In the 1920s up to 46 people were employed. During WW2 there were only 3 employees and in the early 1950’s they were down to 2 employees. In 1976 there was only a caretaker left on the books. Source Falkirk Museum and Archives.
Below – 1943 – Broomhills Brickworks. 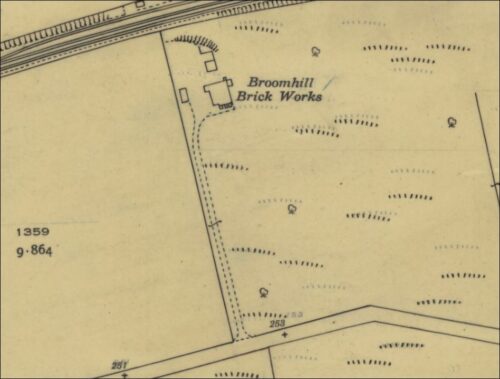 c. 1979 – Works were closed.
1980 – Scottish Industrial History – Broomhill Brickworks, Bonnybridge, NS 839796. This tiny works closed last year and the kiln has been demolished. Latterly it was the last ‘one-man’ fireclay works in the country.
Below – The following examples of firegrate sections were found on the Broomhill site on 12/07/2015 and would have been manufactured there.
No 40 RH – right-hand side 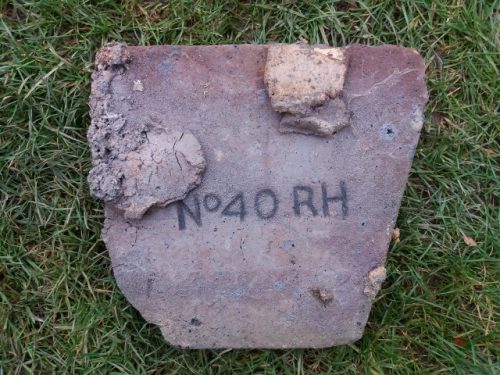 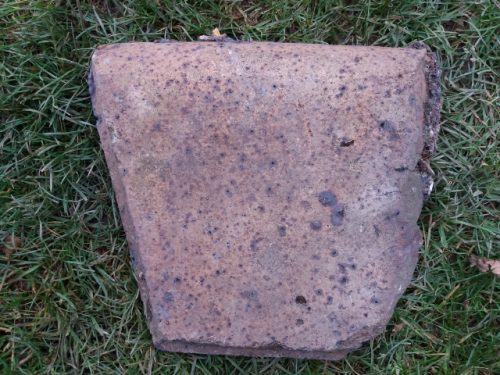 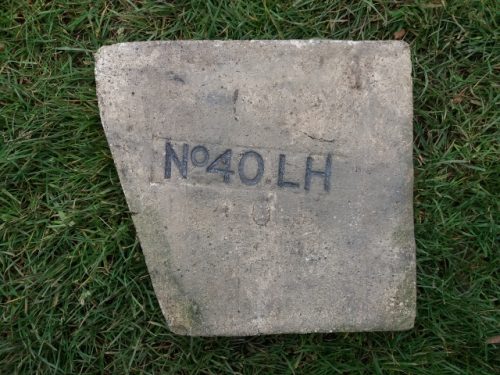 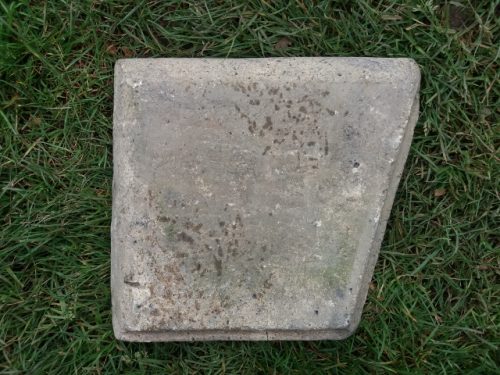 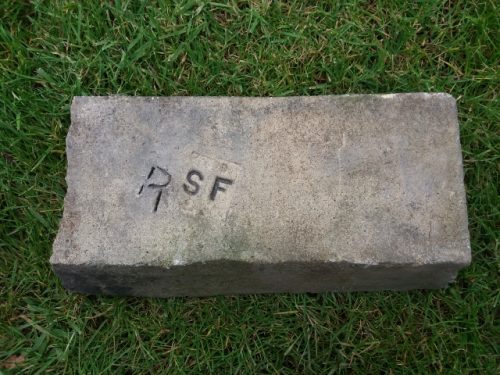 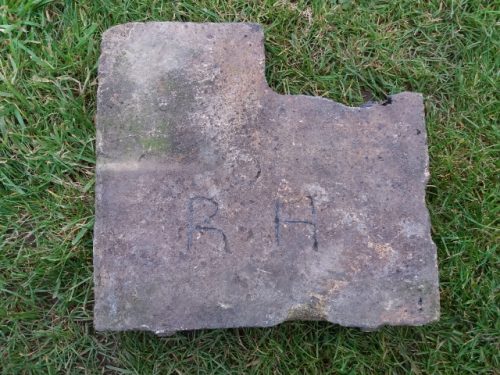 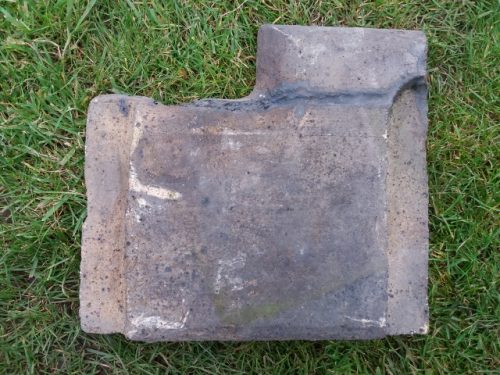 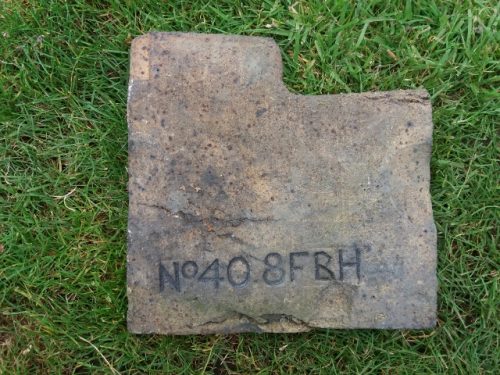 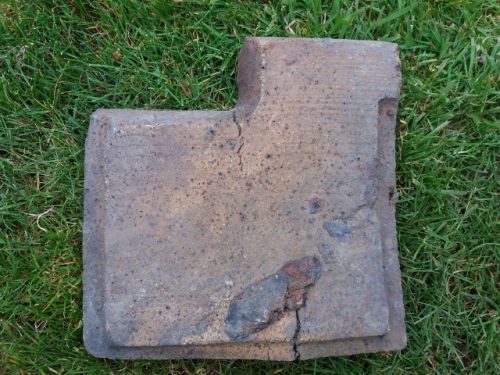 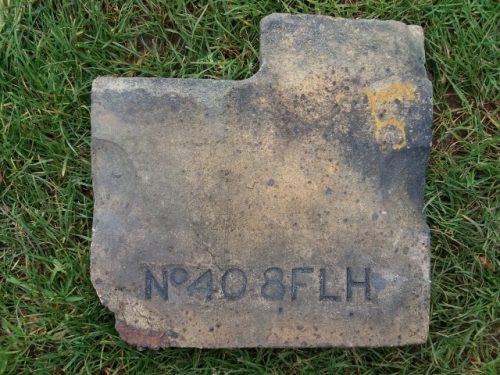 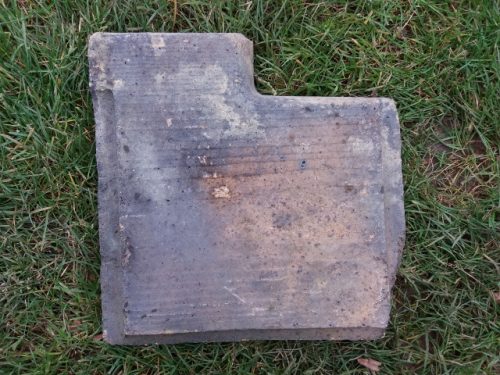 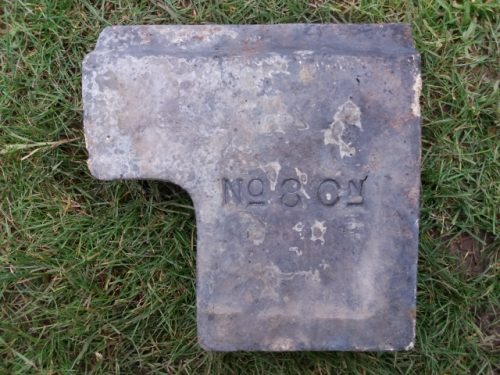 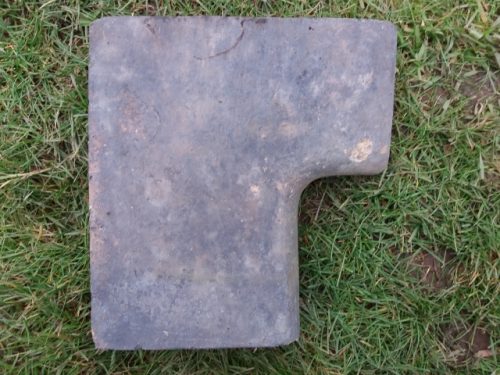 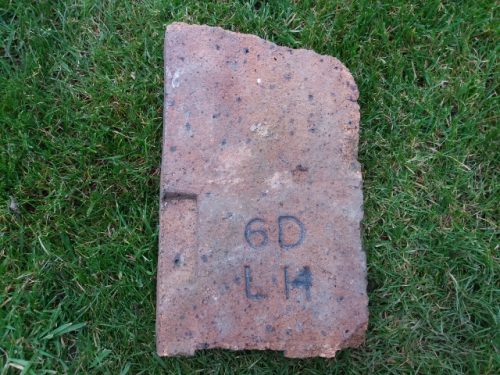 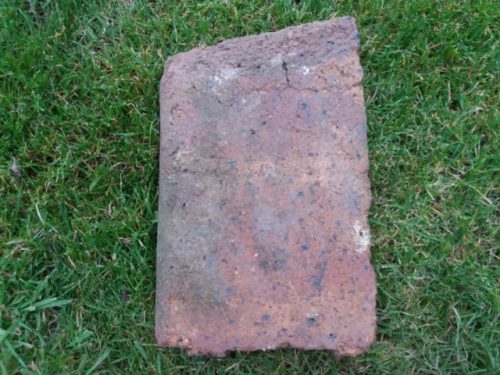 Below – 2 baby fire bricks found on-site and presumed to have been manufactured there. 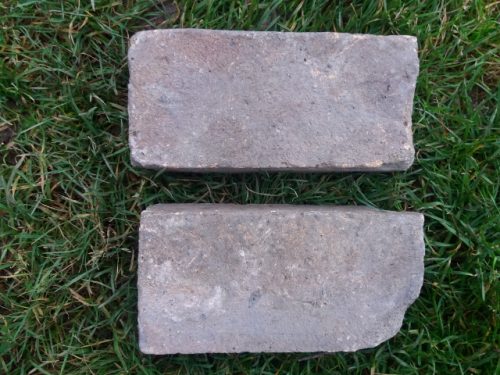