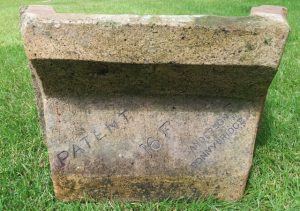 This fireclay household fire back was found at a house built between 1897 – 1900 at Kirkintilloch, Glasgow.

Kindly donated by Margo Cross and her brother.

Believed to be a product of the Glenyards Fireclay Company Ltd, Greenhill, Bonnybridge.

The works had a 12 chamber Hoffman Kiln. A tramway approx 250m to the south of the site led to the fire clay mine.

Glen Yards was the Trade name

In 1867 the site was operated by Scott and Walker. By the beginning of the 20th century, the works were believed to have been owned by a German, a Mr Millar, who was imprisoned during WW1. The firm was then taken over by Mr Millar’s son-in-law, a Mr Singen. By the late 1920s, the yard was under the control of Mr J Anderson and it remained in his control until the late 1930s when Mr J Anderson died.

The Company was finally closed in 1967. The Archives also have another record which states they closed in the 1950s. 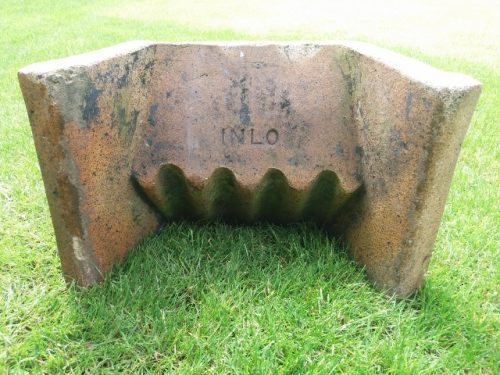 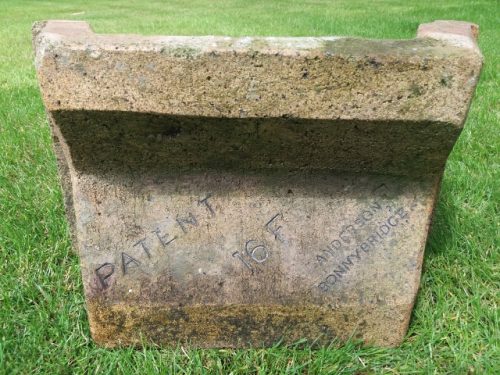