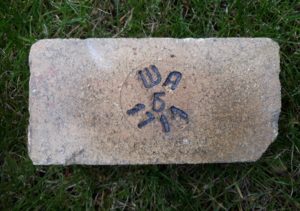 Found in the Kilmarnock, Ayrshire area.

This is a baby fire brick.

The following information is supplied by Vladimir Smirnov – This is a Soviet brick ШД means schamotten i.e. firebrick. It was manufactured since 50th (1950) at many brickyards, but letter Б beneath points to Borovichi brickworks in Novgorod Region 300km from St.Petersburg. Letters Ш and Д at Russian firebricks means Shamot (Fireclay) and Dinas type (not less than 93% silicon dioxide (silica).

On the baby brick below there are additional numbers that look like 1711. The final ‘1’ is not certain as it has possible damage which makes it look like a ‘4’. 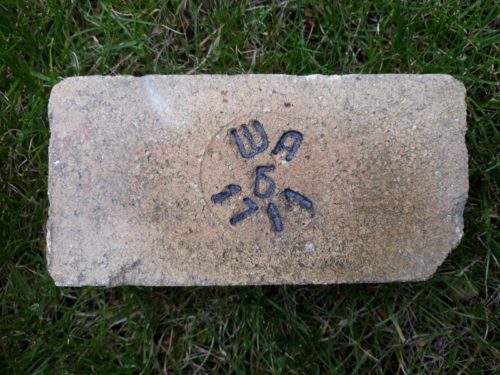 Below – A similar stamp on a full-sized brick found by Ian Suddaby in the Girvan, Ayrshire area. There is an additional mark which is a Russian ‘4’. 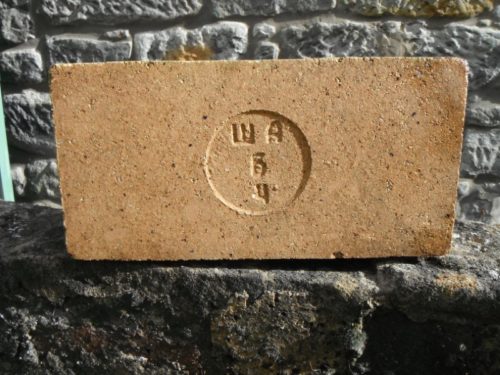 Below – Vladimir has supplied bricks with a similar stamp. These were found in St Petersburg. He states – We don’t really collect these bricks as the brickmark doesn’t carry any historical background and was more or less standard for many Soviet brick factories. Here are some examples that I managed to find in our archives. ША 5, ШБ-5, ШБ-Д 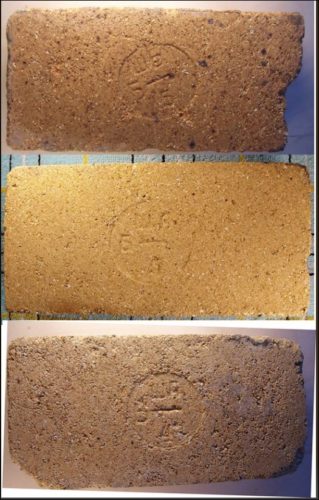