Below – 1870 – North Ballachulish slate quarries but where were the brickworks located? 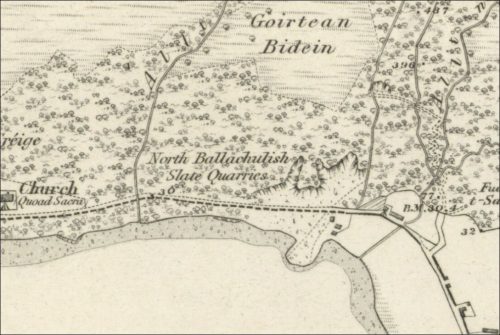 Below – 06/12/1944 – Daily Record – Debris from the Ballachulish slate quarries is to be processed to make bricks, and among the happifying thoughts which the news inspires is a slight surge of relief that the Minister of Fuel and Power didn’t get there first.

Below – 05/12/1944 – The Scotsman – Ballachulish Slate debris may become bricks. Millions of tons of waste material, the accumulation of more than four centuries at the Ballachulish slate quarries, may be used for the manufacture of bricks after the war. Sponsored by the Scottish Development Council and with the co-operation of the quarrymasters, experiments are being made for the purpose of finding commercial uses for slate debris. Several truckloads of waste slate from the dumps at Ballachulish have been railed South where a new brickmaking process is to be tried out. If the experiments prove successful brick-making plants will be set up at Ballachulish which will provide work for many more men. The West Highland slate quarries ceased production on the outbreak of war, but the greatest boom in the history of the industry is expected at the close of hostilities when millions of slates and bricks will be required for housing schemes in all parts of the country. (Note  – SBH – but where were these brickworks located and which brickworks were used to test manufacture bricks from the debris?)

Below – A brick manufactured from crushed slate and the product of the slate debris from the Ballachulish slate quarries. This is in the possession of Moses Jenkins. 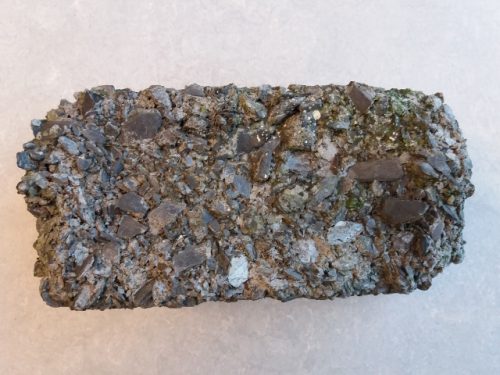 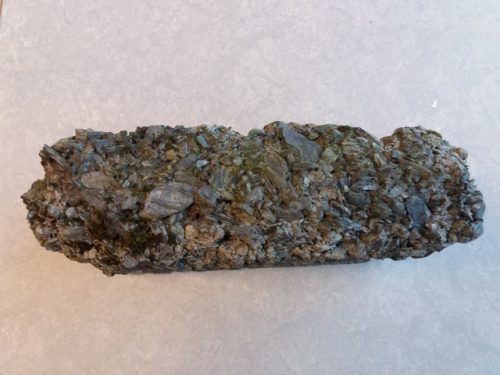