These large open-ended fire clay liners appear to be designed to stack up and form a continuous column and are possibly some sort of chimney liner.

They measure approx. 662mm high x 558mm square and are lying in a Salvage Yard in Glasgow, Scotland.

The reference to 485 / 485 is possibly associated with the internal measurements in mm’s but they seem to measure nearer 495mm.

Arnim und Leissner, Muskau, Germany appears to be a company associated with mining and located near the town of Muskau on the Polish / German border.

With regards to the 1946 reference above it appears that these items were likely to have been manufactured by Arnim und Leissner and exported to Scotland. 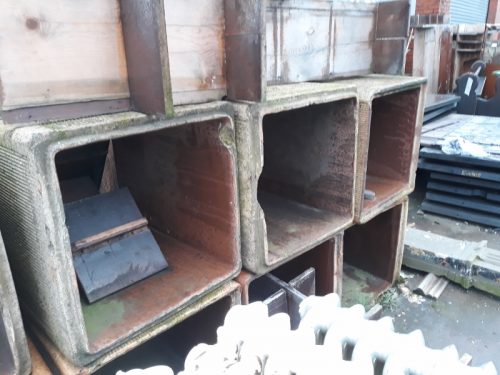 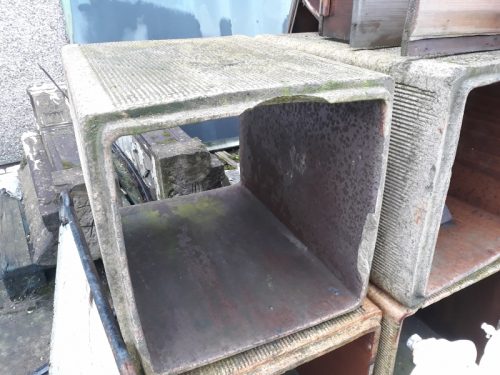 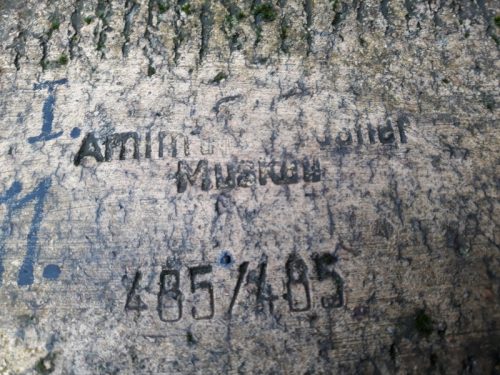 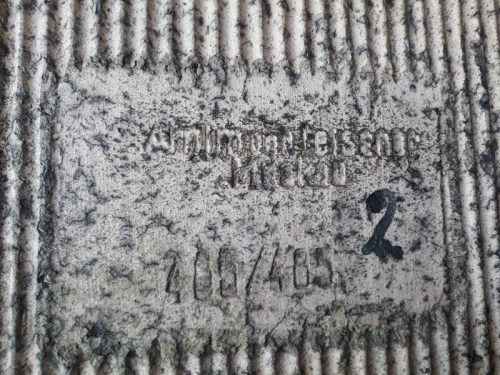 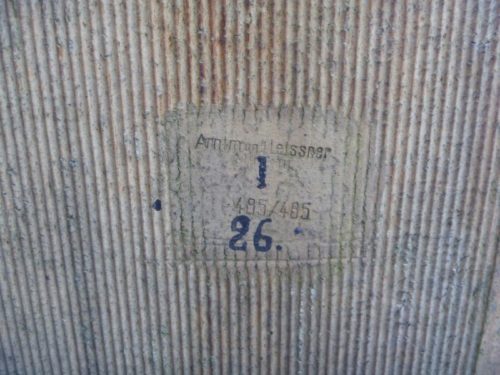 Below  – Jorg Ansorge states ” The region of Muskau is well known for its stoneware products since the late middle ages. In the late 19th century the production of tubes started.  As you can see from the newspaper article Arnim & Leissner company was established in 1933, when count Arnim bought parts of the former Steinzeugröhrenfabrik (Stoneware tube factory). It was run until 1945. The most prominent feature of the products was its acid resistance” 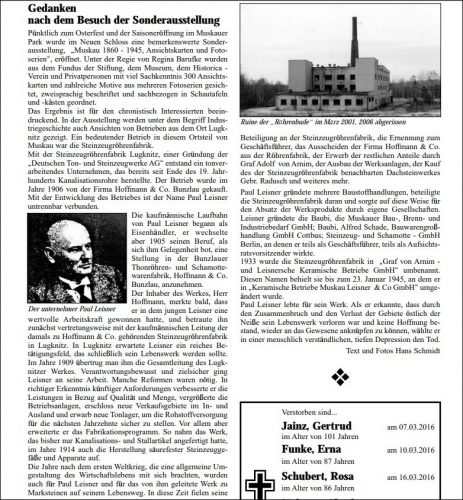