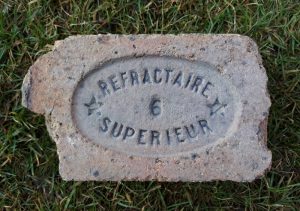 Found by Andrew Wood in Dunfermline.

It is marked with 2 stars and the words Refractaire Superieur which translates to ‘refractory superior’ = first-class fire brick. When subjected to oblique sunlight the middle mark looks like a ‘6’ but this could well be wrong.

It may have been manufactured in France and exported to Scotland but you would imagine there would be a makers name or at least a trademark stamp.

The theory is it is another example of a brick manufactured in Scotland for a French-speaking market, possibly Canada. Scotland exported millions of fire bricks to Canada. 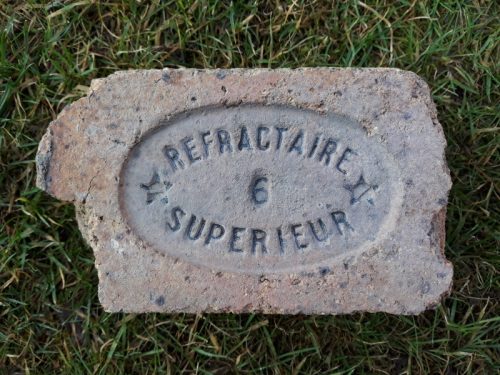 Below – The stars may suggest it is a product of the Glenboig Star Works who used the star as a trademark.

Below – Indeed the Glenboig Union Fireclay Company manufactured other bricks stamped in Spanish and destined for any Spanish speaking country. This appears to be a great manufacturing ploy. 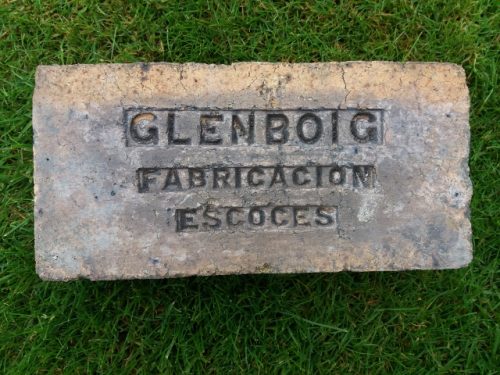 Below – The stamp is oval on this mystery brick. The Bonnybridge Silica and Fireclay Co Ltd were known to use a similar shaped stamp and they too exported fire bricks all over the world. 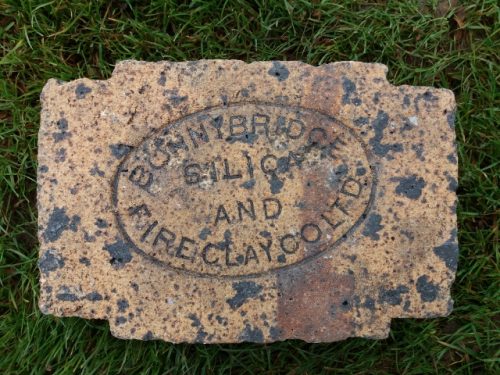 Tagged with: France, Manufactured in Scotland and branded for National and Overseas Customers