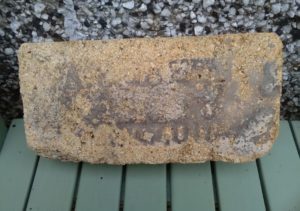 This fire brick was found by Francis Caven on the Brassie Shore, north shore heading towards Irvine, Ayrshire.

AP Green, Missouri, USA bought the Douglas Fire Brick Company, Ayrshire from the Morgan Crucible Group in 1970. (Note – SBH – So was this brick an import or was it made in Ayrshire after the takeover – It is however believed that the AP Green stamp was never used on bricks manufactured in Scotland).

The time between World Wars I and II brought mixed economic results. The Green Company continued to expand by making purchases in international and domestic markets during the 1930s economic depression. World War II brought more profitable years with its huge demand for refractory products to line boilers in warships. The military awarded the Army-Navy “E” for Excellence and the Maritime “M” to the A. P. Green Company in recognition for its achievements during the war. Source 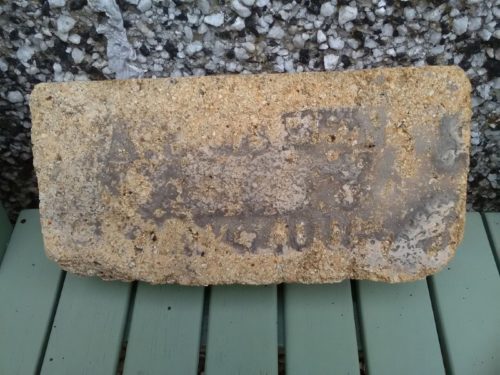 Below – This is what the stamp should look like. 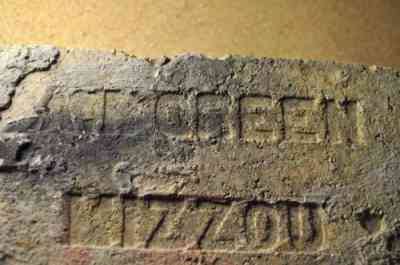 Below – A page from an AP Green catalogue. Date unknown. 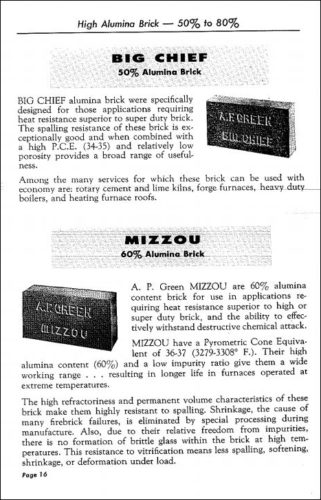 Below – A book of matches.