1890 – A small drift mine was sunk and established near to Woodlea House and a small brickworks was built alongside it.

25/04/1894 – Falkirk Herald – Youthful Offenders. James Quin (9), schoolboy, residing at Milnquarter Cottages, Bonnybridge, and Alexander Warner (8), schoolboy, also residing Milnquarter Cottages, were charged with having on the 17th inst., in the engine-house at Woodlea Brickworks, Bonnybridge, belonging to Messrs George Turnbull & Co., stolen two hammers and wilfully and maliciously smashed and destroyed two steam gauges. They pleaded guilty. The Fiscal stated that the damage done would amount to about £3. The Sheriff, in respect of the youth of the accused, dealt with them under the First Offenders Act and dismissed them from the bar with admonition. 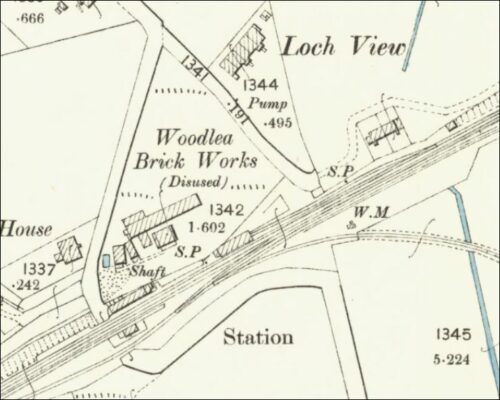 13/05/1899 – Falkirk Herald – Falkirk and Larbert Water Trust – Increase in consumpt of water … Another minute of meeting of the committee, held on Thursday 27th  April, stated that “it agreed to put in a connection to Messrs George Turnbull & Co., Woodlee Brickworks, Bonnybridge, Messrs George Turnbull paying 4 1/2d per 1000  gallons for the water, and 2d per £1 on their rental in addition, for fire extinguishing purposes … 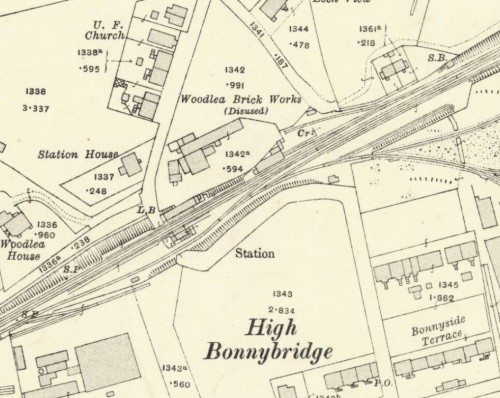