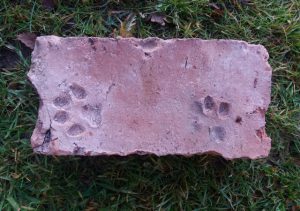 The following brick was found during excavations at Lewis Castle, Isle of Lewis by James Campbell who thereafter kindly donated it to the collection.

This brick is surplus and appears to have been left over on completion of works at Lewis castle by a MacNab of Oban who undertook the works on the castle for Sir James, with a bit of controversy that led to a court case. The bricks are believed to be precursors of the brick that had a frog and embellished with ‘ Lews’ and produced circa 1847. 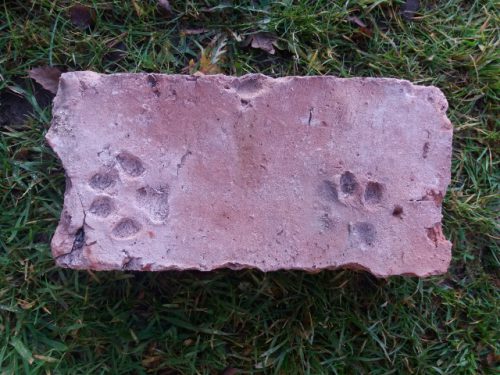