27/04/1847 – Inverness Courier – An excellent quality of clay for bricks and tiles has been discovered in the parish Stornoway, and the necessary buildings are in the course of erection, superintended by an experienced brickmaker from the south. 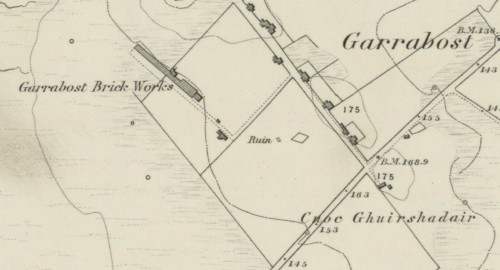 1848 – 1852 – ScotlandsPlaces – Garrabost Brickworks. These brickworks were first commenced on the 1st March 1847 and is carried on by Mr Matheson, the proprietor. There have been two workmen employed on the establishment who work at the rate of 3000 bricks per day each or 36 thousand monthly. There is a steam engine of 15 horsepower being fitted up but it will be a considerable time before it can be in working order.

24/11/1848 – John O’Groat Journal – A model landowner – The Island of Lewis, the Lews, the largest of the Hebrides, forms part the County of Ross, and was for a long period the property of the noble family of Seaforth. It was purchased from the Hon. Mrs Mackenzie of Seaforth early the year 1844, by the present proprietor, James Matheson, Esq. of Achany, now the Member of Parliament for Ross-shire … Mr Matheson has established brickwork at Garrabost, about five miles from Stornoway, the way to the peninsula of Eye, where there is a curious neck of land, having the appearance of a race-course. The brick-making promises to be successful, as the clay is excellent; and we met with some experienced workmen from the Lothians resident on the spot …

16/11/1888 – The Scotsman – The Crofters Commission resumed their sitting in the Courthouse, Stornoway … Applications being considered for the township of New Garrabost … Mr Mackay – Witness acknowledged that he had last year ploughed in company with Alexander MacIver, tenant of the brickworks and that shortly thereafter both he and MacIver had the wheels taken off their carts and thrown into the sea along with a plough belonging to MacIver. The factor, however, was to blame for these outrages …

17/11/1888 – The Scotsman – The Crofters Commission resumed their sitting in the Courthouse, Stornoway … Applications being considered for the township of New Garrabost … Mr McDonald – were you ever fined £1 for your horse having trespassed on the land occupied by McIver of the brickworks? – Yes, I was. It was done by Mr Munro the late factor … 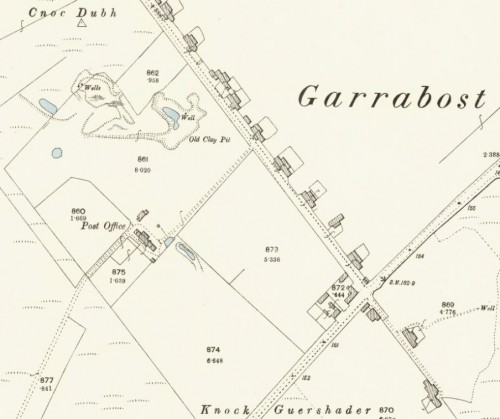 19/10/1944 – Aberdeen Weekly Journal – Brickworks project. The burden of freight bears heavily on Stornoway’s housing programme, and the Town Council is investigating the possibility of re-opening the Garrabost Brickworks. The building of thirty-eight houses, suspended on the outbreak of war, has been resumed and the Council is committed to a programme of more than 230 ouses immediately after the war. The town clerk estimates that the freight of bricks alone will cost the Council more than £16,000 Developed by Sir James Matheson seventy years ago the Garrabost Brickworks turned out bricks and tiles of the highest quality, but the market at that time was limited and Sir James had to close them down. The situation is very different now. The Town Council alone needs several million bricks for schemes already planned, and there will also be private building in both town and country. The co-operation of the Stornoway trustees as superiors and the advice of the Scottish Council on Industry are being sought.

Below – A brick building is all that remains of the brickworks. 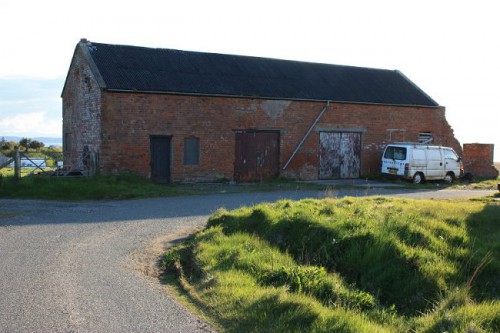 Below – The clay pit is still visible from google earth. X– marks the claypit and the arrow marks the building above 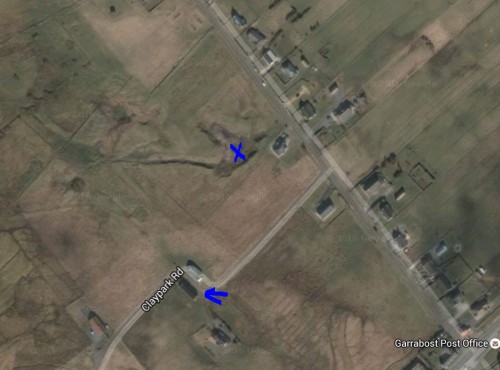 Tagged with: Garrabost, Isle of Lewis