Alexander Dougal – 1828 – 1899, as a young man he was at Rentonhall Brickworks, Morham, East Lothian, (learning the trade?) About 1859 he was at Forgandenny Brick & Tileworks as a tenant. By 1869 he was back in Linlithgow and Winchburgh Brick and Tile works had begun. With 2 of his sons in the business, Winchburgh Brickworks continued beyond Alexander’s death in 1892.

Below – 09/08/1810 – Caledonian Mercury – Lands in East Lothian to be sold – The lands of Glasscoats and Rentonhall lying in the Parish of Moreham and county of Haddington.

… The lands contain both coal and lime and a very fine white freestone and an abundance of excellent brick clay; so that, besides possessing great means of improvement within themselves, their vicinity to the town of Haddington and the constantly increasing demand for freestone and bricks there, will form a valuable addition to the yearly return from the property … 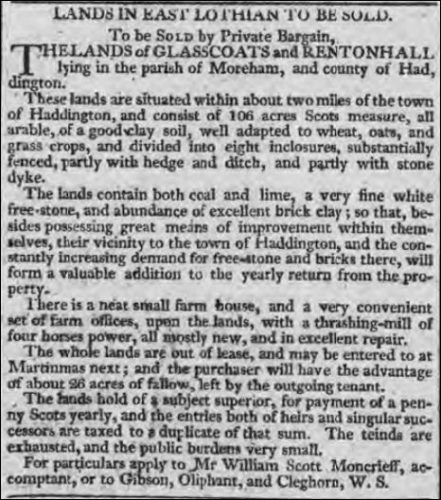 24/10/1849 – The Scotsman – To be sold. The Estate of Rentonhall in the Parish of Moreham and Country of Haddington, extending to about 130 imperial acres. … On the Estate there is a brick and tile works in full operation, the engine, machinery &c would be sold at valuation. The clay field is large and its quality very fine, containing a fire clay of a durable nature well adapted for roofing tiles …

Below – 29/07/1851 – Edinburgh Evening Courant – Rentonhall, including the tileworks for sale. 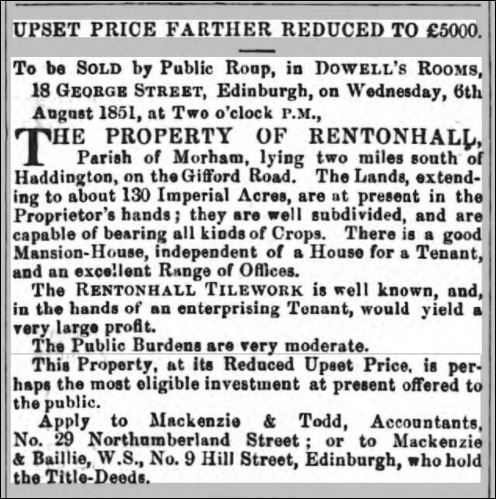 Below – 1853 – Rentonhall Tileworks, Haddington and abandoned before 1893? 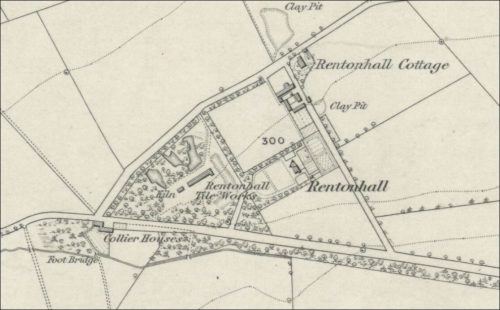 1853 – 1854 – ScotlandsPlaces – Rentonhall Tileworks – Works for the manufacture of drainage tiles, worked by steam power. The tiles are used by the proprietor John Reid Esqr.

14/03/1860 – Glasgow Herald – The firm of Allan Livingston & Son carry on business as brick and tile manufacturers at Portobello and Rentonhall, near Haddington. George Young, smith and carter, Haddington, supplied them with coal for the works at Rentonhall. He brings action against them for the amount of his account and is met by the defence that the Sheriff of Haddington has no jurisdiction over them, the defenders pleading that “neither of the defenders having any residence or domicile in the county of Haddington, they are not subject to the Sheriff’s jurisdiction for a civil debt.” The defender says that he is the sole partner of the firm and the only lessee of the brickwork, and that his father is not a partner; that there is no company, and that he could not be cited at the office of the company at Rentonahall. That office was a temporary erection or shed, as the defender called it; but he paid his workmen there, he had a clerk there, and he occasionally went out and transacted business at the place. He had no house, and never resided at the place, and never slept in Haddington, but always returned to Portobello. Both the Sheriffs sustained the defence of want of jurisdiction. Today the Court recalled their judgments.

The Lord President said that Allan Livingston & Son was a company, and a company carrying on business at Rentonhall, in the county of Haddington, where they had a brick and tile work. At that place, they had an office, great or small. The pursuer furnished coal for their establishment at RHentonhall; and he cites the company, Allan Livingston & Son, at their place of business, where they paid their workmen, and when he delivered the coal. The defender pleads that he is not a company, that he is only an individual, and that his father, old Livingston, had retired. It is not said that the pursuer knew of this. The defender had taken the name of Allan Livingston & Son. I hat was not his own name. it was his own name and something else. It was the name of a company, and he was not entitled to plead the reverse after he had adopted it at name. Lord Ivory concurred. He considered this to be a dishonest defence. The defender carried on business as a firm, and he received coal from the pursuer as a firm, and he refuses to pay them because he is not a firm. It is not in his mouth to plead that. The others also concurred, allowing the expenses in this Court. 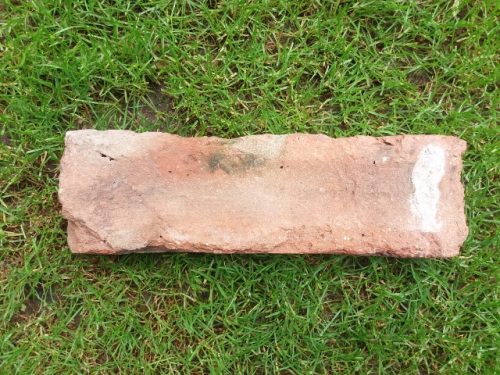 Below  – The following photographs of Rentonhall Tileworks and bricks and tiles found on site were taken by Ian Suddaby in March 2017. 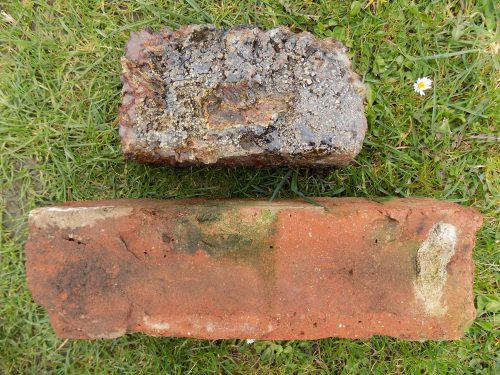 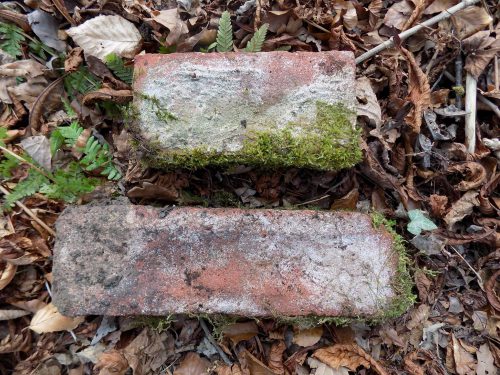 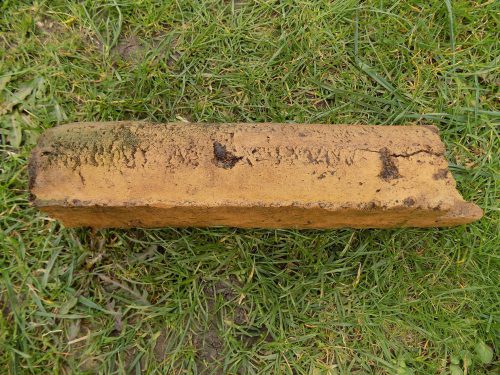 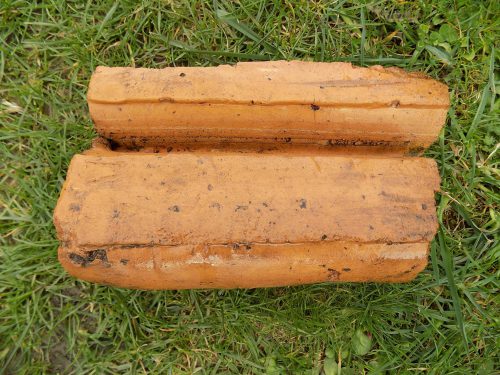 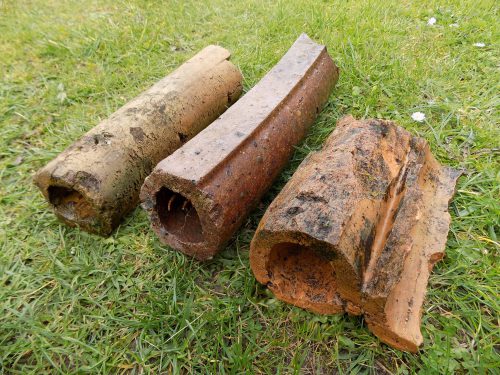 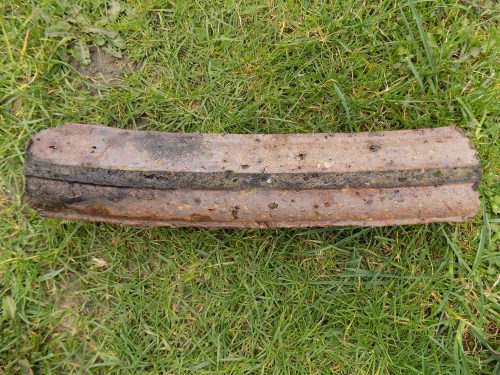 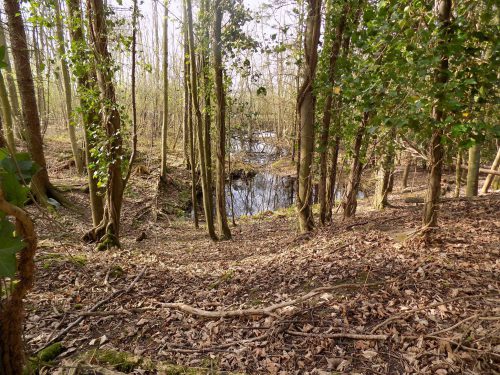 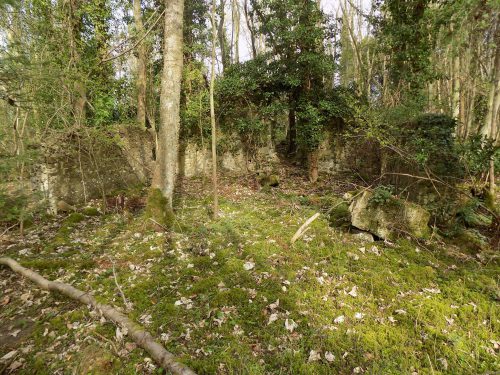 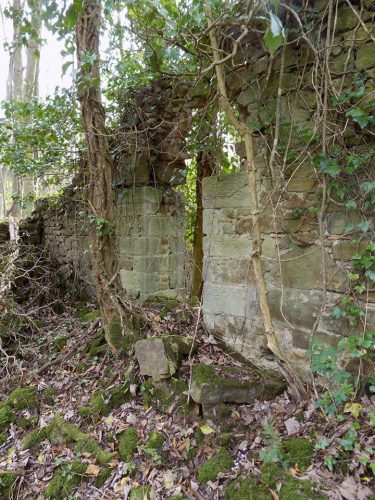 The following Dougals are all sons and daughters of my great – great grandparents, William Dougal & Marion Ferguson of Linlithgow, all of them born either in or around Linlithgow.
Elizabeth Dougal  1816 – 1884  married Thomas Newton  1816 – 1884. Thomas as a young man was a sailmaker at Carronshore, Larbert, and then was a tenant at Drumkilbo Tileworks from about 1856. (Owner, Rt. Hon. Lord Wharnecliffe). Continued till at least  1871, but by 1881 Thomas was farming at Kingoldrum, Angus
Janet Dougal   1819 – 1896  married Robert Meikle 1818 – 1897 of Linlithgow. They were also at Drumkilbo Tileworks during the same years as Elizabeth & Thomas Newton. By 1871 Robert was farming at Polmont
James Dougal  1821 – 1893 –  Erected Craigend Brickworks, and with his brother, John Dougal and others carried on the business successfully for 17 years. In 1868 Callendar Coal Company was formed, which James was coal master of, employing 310 men in 1881.
John Dougal  1825 – 1899  was with James at Craigend Brickworks, and by 1861 was farming at Muiravonside.
Alexander Dougal  1828 – 1899  as a young man was at Rentonhall Brickworks, Morham, East Lothian, ( learning the trade ? ) About 1859 he was at Forgandenny Brick & Tileworks as a tenant. By 1869 he was back in Linlithgow, and Winchburgh Brick and Tile works had begun. With 2 of his sons in the business, Winchburgh Brickworks continued beyond Alexander’s death in 1892.
Drumkilbo Tileworks made the bricks for the railway tunnels at Dundee Railway Station.
Winchburgh Brickworks used the canal for transporting bricks and coal to their depot in Edinburgh. They had a yard at Linlithgow Canal Basin for the same purpose. Another relative was in charge of this and lived in the cottage on the canal which is now a tearoom.
It would be fitting for it to be recorded that 5 members of the family were all connected with early brickmaking.
3 others were successful boot and shoemakers in Linlithgow, and my great-grandfather, Laurence Dougal was an iron founder in Bathgate, but that is another story.
Tagged with: Alexander Dougal, Allan Livingston, John Reid - East Lothian, Kenneth McKenzie, Rentonhall