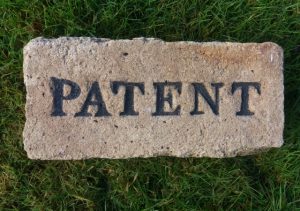 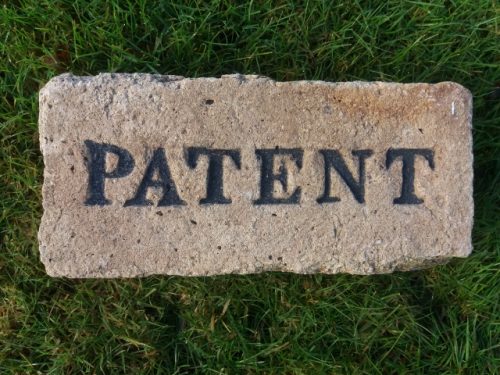 Following exploration of the burn running alongside the old Inverkeithing Fireclay and Brick Co Works by Ian Suddaby, he has found 4 variations of this mark and swings the pendulum towards them being manufactured at Inverkeithing. See a photo below of the 4 bricks and this is Ian’s description of them “Clockwise from top left, a voussoir on the header, PATENT within a shallow frog, PATENT with a mirror image N and a voussoir on the stretcher. Some of these have clearly been used and none are clearly wasters. So, more intrepid fieldwork has located the first site where these bricks were used and just possibly, where they were made” 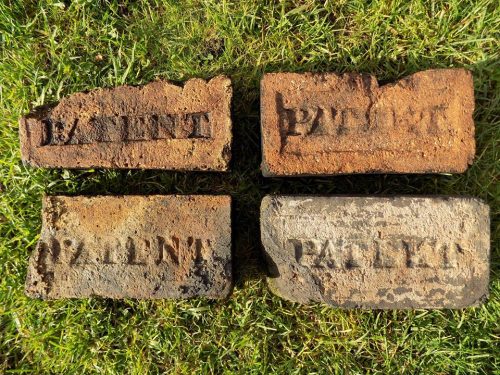 Below – Ian also found a waster ‘Patent’ stamped brick at the same location. (top right) Wasters are bricks that have misfired and have twisted or melted to such an extent that they cannot be sold so they are thrown out. It is very unlikely that a waster brick would have been transported anywhere else so any wasters found will have likely been made on site. 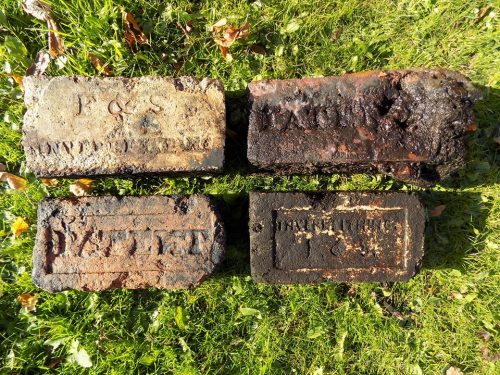 Below – The same stamp on a ‘red’ Patent brick with a reversed ‘N’. This also depicts a shallow frog. This may still be a variation of firebrick but it is also perhaps a common brick … it is hard to tell. 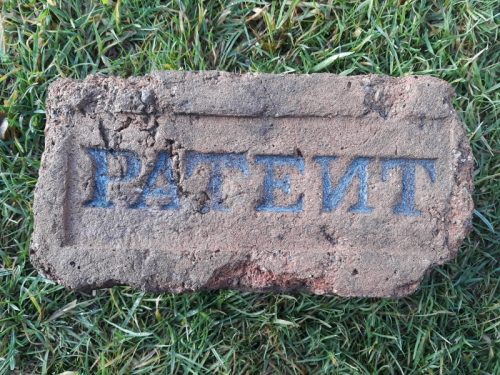 Below – A red version without the reversed ‘N’and without the shallow frog as in the version above. Found by Ian Suddaby in the Inverkeithing area. 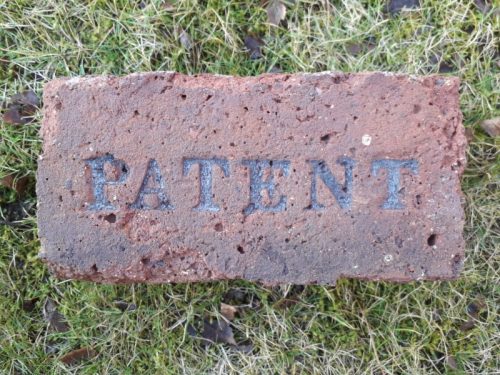