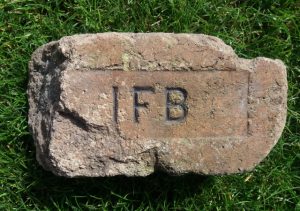 I believe it says IFB but there is a possibility it says JFB.

However, from the information below, could my IFB stamped brick be an American or an Australian import? The brick marks are all frustratingly very similar! 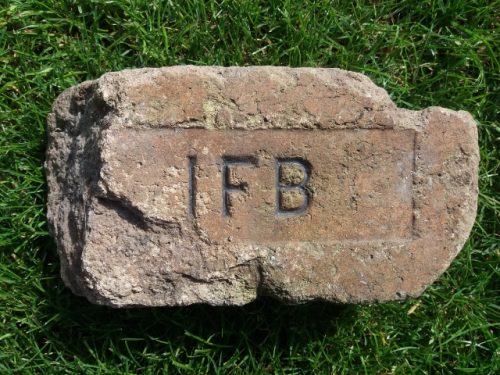 Below – Found by Leslie White in Australia. Bricks stamped ‘IFB’ in Australia originate from the Illawarra Fire Brickworks, Australia. 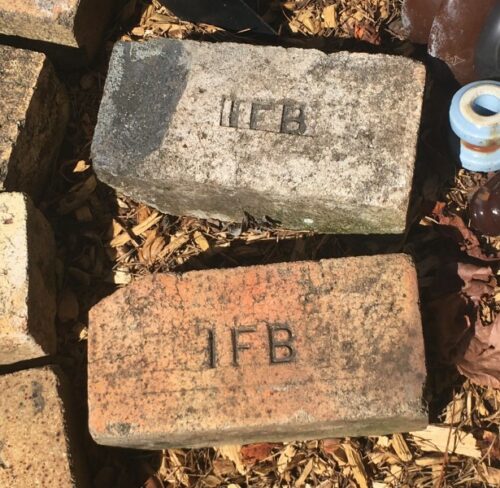 Below – A similar example found by Barbara Reinhardt at Lithgow, Australia. 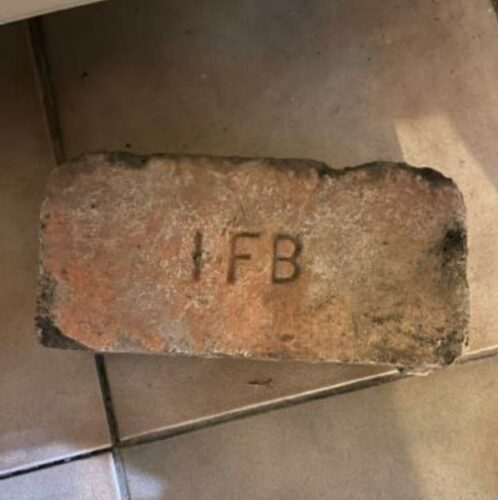 Below – An extract from ‘And so we graft from six to six’ by Warwick Gemmell. 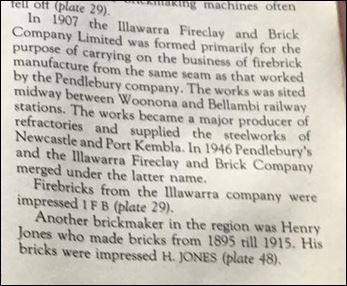 Allan Hackett, Australia points out that the IFB bricks manufactured in Australia, and found so far, do not have the shallow margin or frog as per my example.

Jean Bear, USA states “Here, the IFB was made by Corundite Refractories Company in Zoar, Ohio from 1930 until 1965. Perhaps they were made in other places? Oral history tells us that “IFB” stood for “International Fire Brick” but I don’t have proof”

Below – A brick stamped IFB. Photo from an American auction site. The brick is titled – Corundite Refractories Company in Zoar, Ohio. 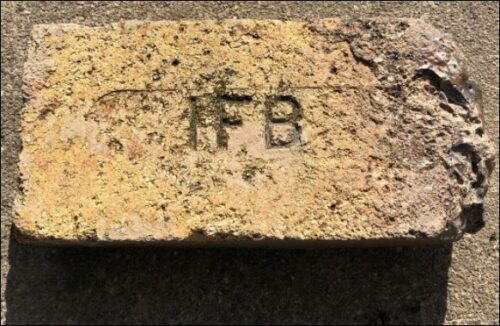 Below – Another IFB stamped brick, this time found in Western New York State, USA by Robert Cortright. Note the circular feature in which the stamp is located. 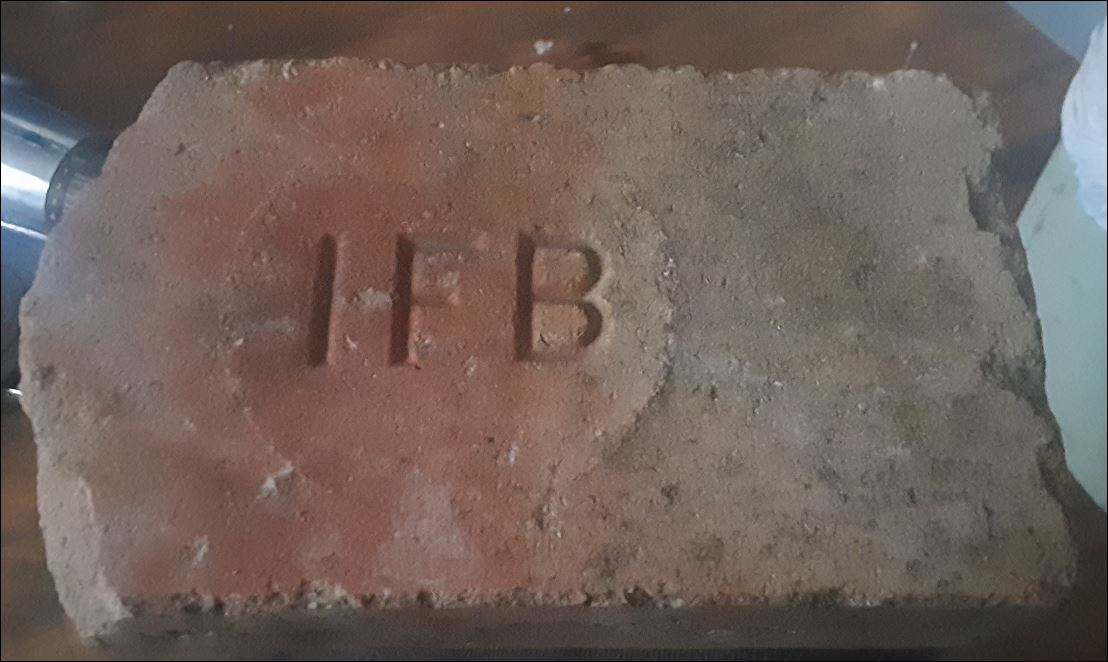