The works were owned by the Ironmaster William Dixon of Govan. It is believed the brickworks were operational pre-1854 and were managed by Allan and Mann, St Enoch’s Square, Glasgow.

(Note – SBH – Were the Mallsmire Fire Brick Works and the Red Clay Works on the same site or neighbouring?) 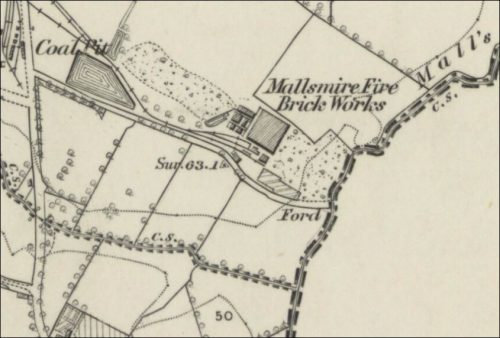 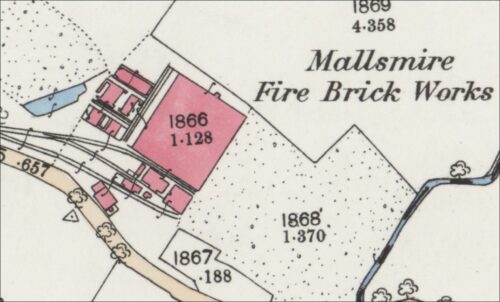 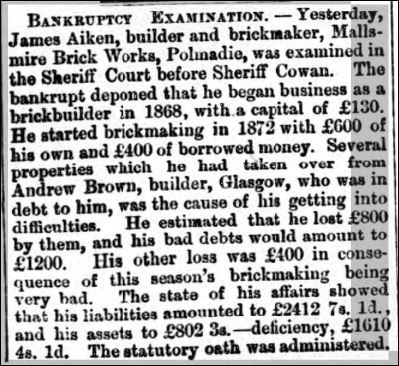 1880 – 1887 – The 1985 publication ‘A survey of Scottish brickmarks’ suggests the works were operated by Allan and Mann during this period. (Note – SBH – Allan and Mann appear to have been involved with these works well before 1880).

22/08/1883 – Glasgow Herald – Factory Act case. Before Sheriff Cowan at the Sheriff Court yesterday afternoon, Alexander Thomson, brickmaker, Polmadie pleaded guilty to contravening the Factory and Workshops Act by having employed in his brickfield two boys under the age of 16 that had not been passed by the doctor as fit to work as also a girl under the age of 16. Mr Robert Guy, writer, Glasgow who appeared for the accused stated that the employment of the boys had been the result of an overlook while the girl was so big for her age that she was thought by the foreman to be over 16 years old. Mr J S Maitland, Inspector of Factories for the West of Scotland at whose instance the prosecution took place, said that he did not wish to press for a heavy penalty as these cases were only meant as a warning to others. The government wished to put down the employment of young girls in brickfields as it was not only injurious to them physically but morally as well. The accused was fined 30s with 26s of expenses or 14 days imprisonment. 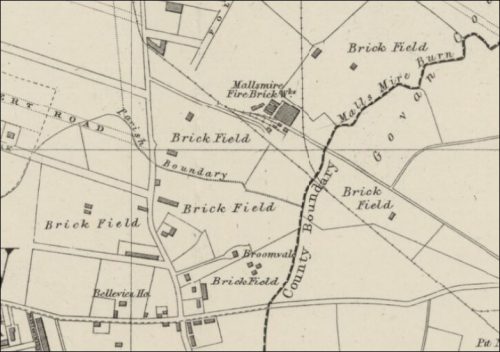 09/02/1892 – Glasgow Evening Post – Accident to a Steeplejack at Polmadie. William Hughes … was engaged in repairing a stalk in the Malsmire brickworks, Polmadie when he overbalanced and fell through the tile roof of a shed … little hopes are entertained of his recovery. 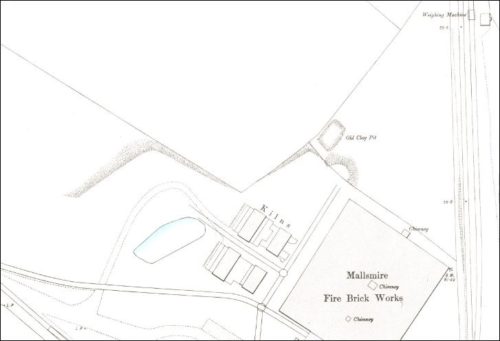