The brick and pipe works were connected (physically) to the Lylestone limestone quarry, there was a narrow-gauge railway, and there were also coal and fireclay workings at Lylestone.

25/04/1891 – Traveller wanted for freestone and bricks in Belfast and neighbourhood. Apply by letter to Lylestone Quarry Company, Kilwinning, Scotland.

1892 – He (William Douglas – of Douglas Firebrick Company renown)  made a particular study of the fireclays in Ayrshire and this became easier when he moved about 1892 to become the manager of the freestone quarries and brickworks at Lylestone near Kilwinning.

19/01/1894 – Ardrossan and Saltcoats Herald- Estimates wanted for mason and brickwork, wright work and slater work of drying shed at Lylestone Fire Clay Work. Plans and specifications may be seen at the works on and after Monday 22nd. Offers to be lodged with the Lylestone Quarry Co, Kilwinning …

23/3/1894 – Dundee Courier – New Joint Stock Company  – The Lylestone Quarry Company – This Company has been established for the purpose of accepting an offer made by the Lylestone Quarry Company, Kilwinning, Ayrshire to grant a lease of their seams of coal, fireclay, freestone and other minerals, with the mine and quarries, works and plant to carry on the trade of colliery mine, brickwork and pipework owners. The capital is £5000 in £1 shares of which 200 are founders shares. 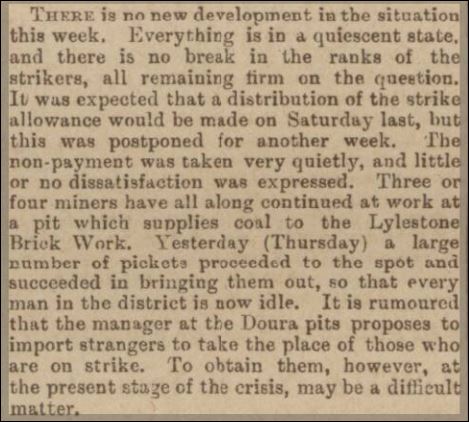 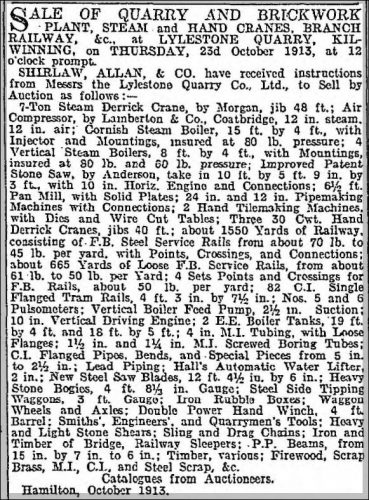 Lylestone Brick and Pipe Works were situated behind High Gooseloan Farm. It is not marked on this 1856 OS Map although there are references to Lylestone Quarry and lime kilns (bottom of the map).

Below – 1895  – Lylestone Brick and Pipe Works – click on the map link to see the relationship with the quarry and the link rail system.

Below – 1909 – Lylestone Brick and Pipe Works – click on the map link to see the relationship with the quarry and the link rail system.

Below – Fire clay slop stones and a circular cover found on-site at Lylestones brick and pipe works. They are not marked but are presumed to be products of the works. 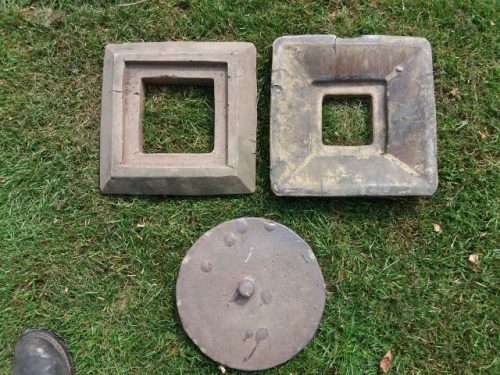