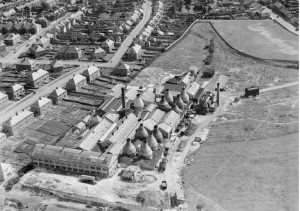 Longpark Pottery Kilmarnock, Scotland was founded in 1888 by J & M Craig to make sanitary earthenware products such as toilets and wash hand basins. The firm was taken over in 1918 by Shanks & Co Ltd which became part of the Armitage Group in 1969, and then the Blue Circle Group in 1981. It was the last sanitary pottery in Scotland, closing in 1981 and later dismantled.

Below – Metters ‘stencil’ found at Longpark Pottery, Kilmarnock in the 1980’s when being dismantled. 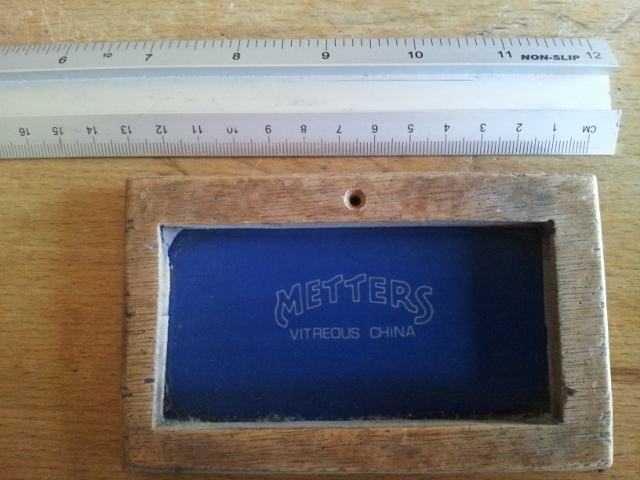 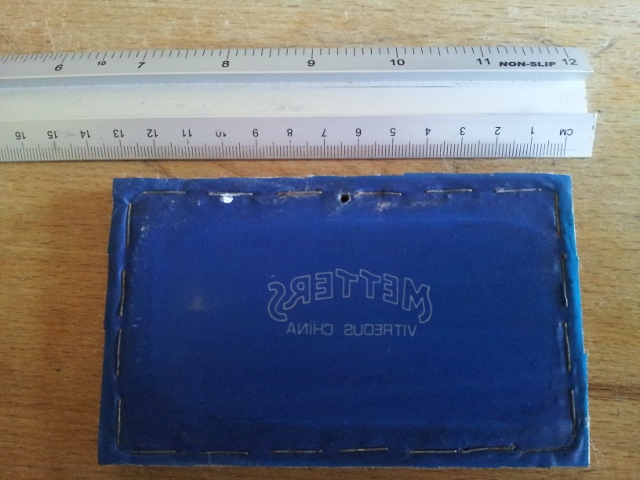 Graham Douglas found this ‘stencil’ at Longpark Pottery after it had closed down. Metters is the brand name of toilets, sinks and enamelled stoves etc which were sold in Australia. He believes many of these items were made at Longpark and shipped to Australia.

Below is an example of a Metters stove with an enamelled door. 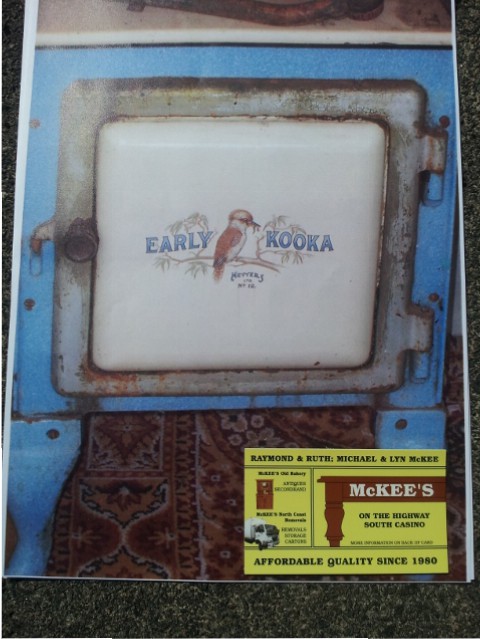 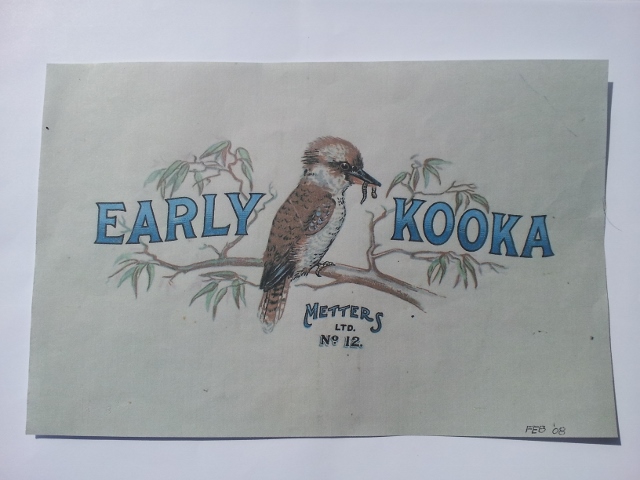 Does anyone have any further evidence to suggest that some Metters products were made in Scotland?