J. W. McMillan (May 5, 1850 – December 1925) was an industrialist and brick supplier. Born in Glasgow, Scotland. McMillan moved to the United States, where he produced bricks in the American South.

J.W. McMillian was born in Scotland in 1850, into a Presbyterian family. McMillian subsequently immigrated to the United States, living in Philadelphia, Pennsylvania for a time. He then moved to Madison, Georgia, where he supplied bricks for the Georgia State Sanitarium.

Mr J. W. McMillan is dead. – Milledgeville mourns the death of one of its most prominent citizens. This well known and highly respected citizen quietly and peacefully passed away at his home on South Jefferson Street a few minutes after nine o’clock Wednesday morning, December 16th.
Mr McMillan, on his return from a visit to his old home in Glasgow, Scotland, was stricken with a throat affliction upon his arrival in New York, and after reaching home on October 15, was confined to his home. The administration of physicians and loved ones failed to stay the disease and he gradually yielded to the grim reaper. He realized that the end was near and expressed a readiness to go, making all preparations and giving directions as to his wishes relative to the last rites of his burial.
The funeral services will be held at the Presbyterian Church Friday morning at 11:30, Rev. T.G. Watts officiating. The remains will be buried in the family squaree [sic] in the city cemetery. Mayor J.H. Ennis has issued a proclamation, requesting the merchants to close their stores and suspend business during the hour of the service.

Mr McMillan was born in Glasgow, Scotland, May 5th [sic] 1850, and when eighteen years of age he came to the United States and made his home in Philadelphia. A short while afterwards he returned to Scotland to be present at the marriage of his sister. He then came back to Philadelphia and lived for a year. From there he came to Georgia and located in Madison, engaging in the building business. Over forty years ago he was awarded the contract to furnish brick for the building for the coloured insane at the Georgia State Sanitarium and came here, establishing a brickyard on Camp Creek. When this contract was finished he decided to come to Milledgeville and made his home.

He established the Milledgeville Brick Works and bought a home, thus becoming a permanent resident of the city. From that day until his death he was prominent in the affairs of the city and contributed largely to its life and progress.

Mr McMillan knew the brick business thoroughly and under his management, a high-class brick was made and the demand for the product spread as its work was recognized. The business grew and enlarged, and twelve or thirteen years ago it was incorporated. Mr McMillan continued its management and directed its affairs. Additions were made, increasing its output. It is not one of the best known enterprises of its kind in the state.

Mr McMillan was fair and considerate toward the coloured men who worked for him and they held him in the highest confidence and esteem. Several of them who began work with him when the enterprise was established are still in the employ of the company and in one instance three generations are working there. His coloured employes [sic] will attend the funeral and burial service in a body.

Mr McMillan was a man of broad vision and had great faith in the possibilities of this section and its future development, and was always ready to give of his time and means for its upbuilding.
He was well informed and was most entertaining in conversation, being always pleasant and affable in his relation with his fellow man, discussing any question which might arise intelligently and forcefully, and relating an anecdote most interestingly, which was always made more so by his Scotch accent.

He was a builder and believed in progress and advancement, and his public spirit was manifested when the occasion presented itself, being always ready to contribute to civic improvement and betterment. He was charitable and gave of his means to those who needed his assistance and aid. He was of the Presbyterian faith and was a regular contributor to the [unreadable] of the church of that denomination in this city.
Mr McMillan loved poetry and music and his taste for these always prominently manifested itself in his nature. He was a great admirer of Robert Burns, the poet of his native land, and was a member of the Robert Burns Society of Georgia.

He was a member of the Kiwanis Club and was a regular attendant at the meetings and luncheons, and at the last meeting of that organization was reelected a member of the Board of Directors. His presence was always an inspiration to the members as his social genial spirit was in evidence.

Mr McMillan measured up to a high standard as a man and a citizen and his place in this community will be hard to fill. He will be missed and the work he wrought here will always be remembered.

His family’s legacy lives in buildings big and small in Milledgeville and much of Middle Georgia, and Bob McMillan will tell his family’s story Saturday on the banks of the Oconee River.McMillan Brick Company once loomed over the river that now is home to the Oconee River Greenway, whose grand opening McMillan will help celebrate Saturday. With him, McMillan will bring photos and stories about his ancestors who helped re-build Georgia after the Civil War.“My great-grandfather J.W. McMillan came over from Scotland in about 1867. He was a brick mason over there and travelled to Madison where he started a brick plant,” said the great-grandson of McMillan Brick Company’s founder.But the Scottish brick mason ran out of clay in Madison and moved to Milledgeville for its more plentiful supply of quality clay.To McMillan’s credit stand many historic buildings in Milledgeville. The Old Baldwin County Courthouse, 1886, was built with McMillan bricks only three years after the company moved to Georgia’s Antebellum Capital.There also stands First Presbyterian Church on South Wayne Street, Georgia Military College’s Main Barracks on Greene Street, and the Jones Building on Central State Hospital’s campus.The brick company, stamped famously with the McMillan brand, was a boon to Milledgeville, McMillan said.“He had one of the largest work forces in Baldwin County at that time. It was hard work, and many of the workers were black men looking for work,” he said.The Scotsman treated his labourers much better than did his competitor in town, said Betty Snyder who helped research much of the articles and exhibits in Old Capitol Museum.“People who were in the industry back then weren’t kind to those who worked for them, but Mr McMillan was notoriously fair in dealing with folks who worked for him. He even remembered them in his will, which is very unusual,” Snyder said. “They kind of functioned more like family than a business. Another brick works in town treated their employees like prisoners.”The founding McMillan left the business to his family when he died in 1925, and the business continued until the early 1940s when it shut down due to shortages both of supplies and manpower due to the war effort.Bob McMillan followed in his family’s footsteps when he grew up and became a contractor like his father, grandfather and great-grandfather.“I just carried on the family tradition,” he said.Saturday interested visitors to Oconee River Greenway can stop and visit with McMillan to see photographs of his family’s brick operations and hear the McMillans’ story from the man who inherited their legacy.

Below – Many thanks to Steve Blankenbeker who forwarded these images of J.W McMillan bricks.

Below – Many thanks to Matt Lalonde who forwarded these images of J.W McMillan bricks. 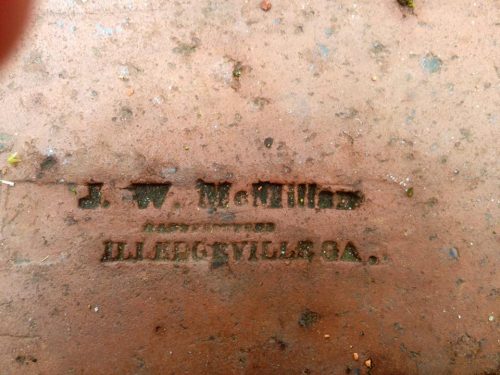 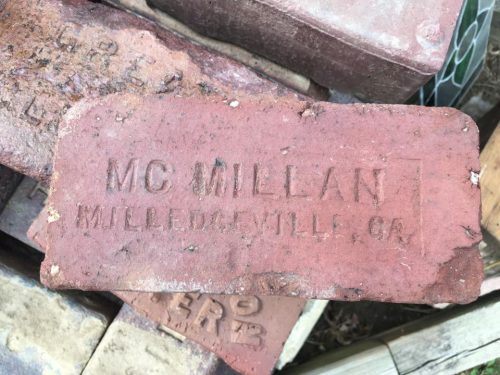 Below – Many thanks to Dutch Henderson for the following photographs of James Wilson McMillan and information. 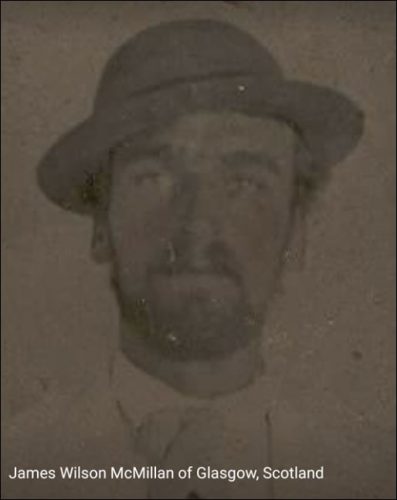 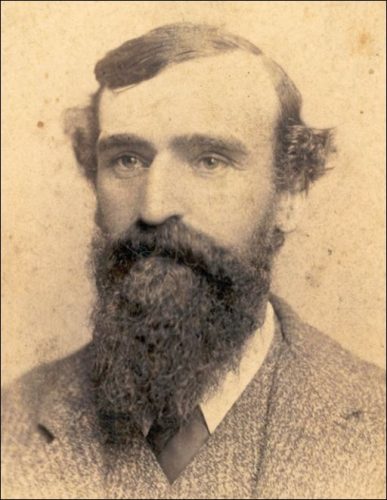 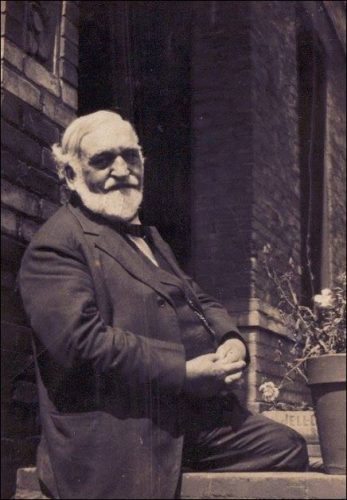 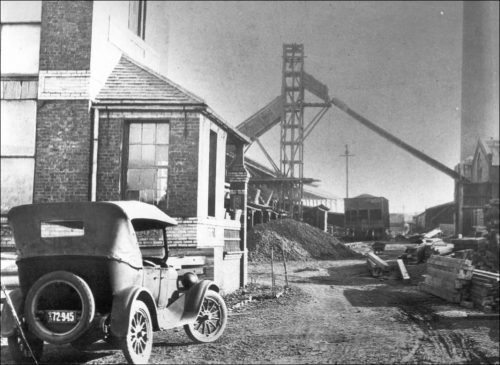 Below – Another view of the works. Date unknown. 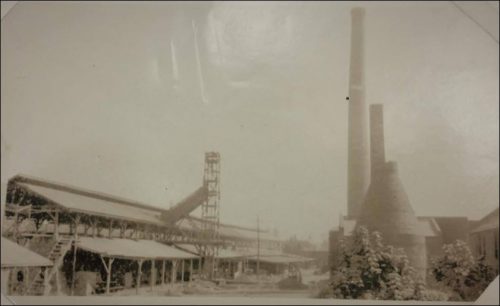 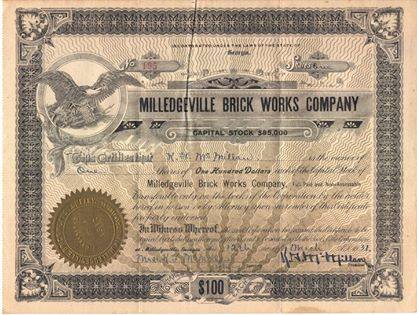 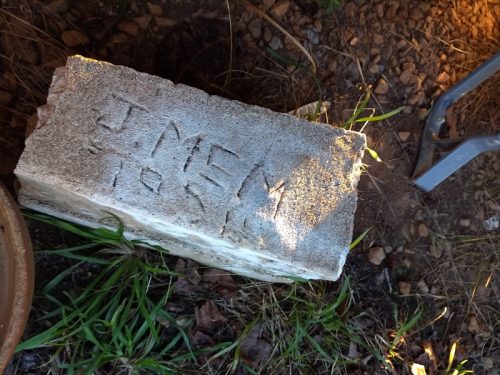 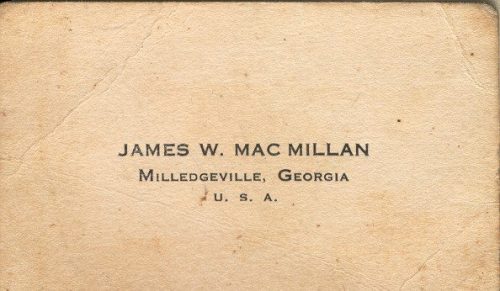 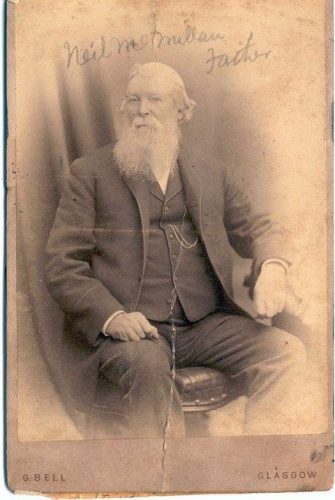 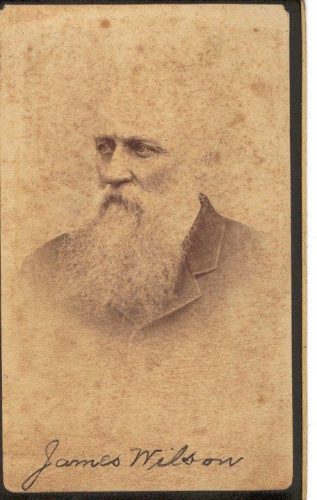 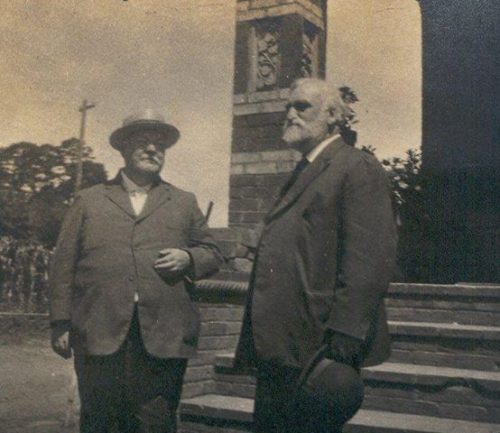 12/03/1912 –  Union Recorder, Georgia USA – Newspaper article about J W McMillan in which it describes him arriving in Milledgeville 26 years previous with the intention of making 2,500,00 bricks for the State. He leased 18 acres of land … “The steady increase in the demand for the McMillan Brick compels an extensive enlargement, part of the enlargement is a continuous kiln, approximately 370 feet long and a chimney stack 135 feet high. Such kilns are used in Scotland where I learned to work in brick, the cost of such a kiln, with other additions, will be between $30, 000 and $40, 000 …

Below – A Scotsman’s experience in Georgia. 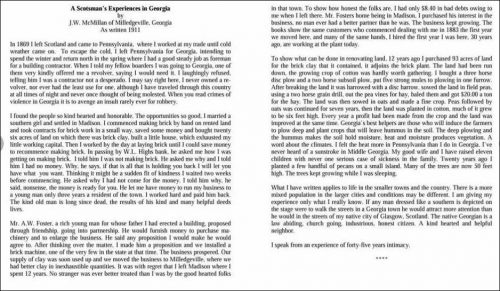 Below – Many thanks to Janet and Pat Railsback, Texas, USA for sending me this example. 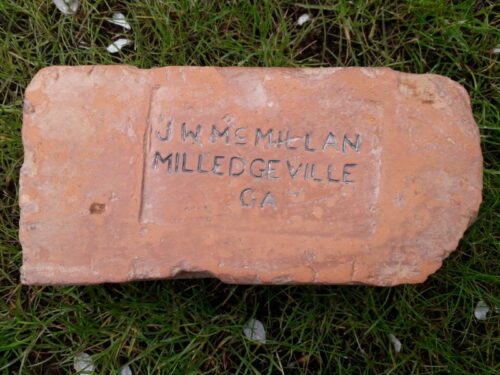