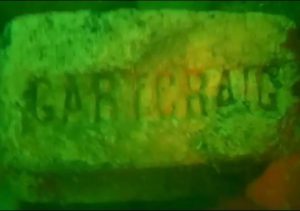 Builder – Henderson D& W & Co Ltd, Meadowside – D & W Henderson’s Meadowside Shipyard was originally developed by Tod & MacGregor. David and William Henderson, who owned a marine engineering works in Finnieston, bought the yard in 1873. The Henderson brothers were also partners in the Anchor Line, for whom they built thirty-two ships between 1876 and 1911, as well as undertaking considerable repair work. 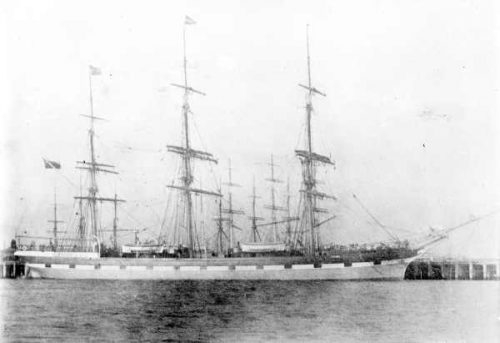 IN the matter of a formal Investigation held at Glasgow, on the 26th and 27th days of February 1894, before Mr. Sheriff Guthrie, assisted by Captains Cosens and Bigley, into the circumstances attending the stranding of the British sailing ship “Loch Shiel” of Glasgow, on or near Thorn Rock, Milford Haven, on the 30th ultimo.

Report of Court. – The Court, having carefully inquired into the circumstances attending the above-mentioned shipping casualty, finds, for the reasons stated in the annex hereto, that the casualty was caused by the neglect of the master to verify his position from time to time by cross bearings or otherwise, consequently, believing himself to be round Thorn Rock, he ported his helm too soon.

The Court found the master only in default, but in respect of his high character during a long period of service, suspended his certificate for three months only. His certificate of competency as master, No. 33,321, was stated to have gone down with the ship.

Annexe to the Report.

This inquiry was held at the Glasgow Court House, before Sheriff Guthrie, on the 26th and 27th February 1894, when Mr C. D. Donald represented the Board of Trade, Mr Wylie appeared for the owners, and Mr H. B. Fyfe for the master.

The “Loch Shiel” left Glasgow on January 12, 1894, bound to Adelaide and Melbourne with a general cargo of about 1,600 tons, and with a crew of 27 all told, and six passengers. Her draught of water on leaving the tail of the bank was 18.6 forward and 19 aft. The vessel appears to have been in good condition and properly equipped for the voyage. She had four compasses, placed as follows: one pole on top of the after house, by which the courses were set, one standard on the same house, one aft on the poop to steer by, and one tell-tale in the cabin skylight. She had four boats, two of which were life-boats. She had five life-buoys and 40 life-belts, all of which were kept in a place accessible to the crew.

The “Loch Shiel” lay at the tail of the bank, wind-bound until the 18th. Strong westerly and south-westerly gales having been experienced, the captain put into Belfast Loch and remained at anchor there for three days.

When the weather had moderated, she put to sea again on the 23rd. Adverse winds, increasing to gales, and the heavy sea again prevailed. On the afternoon of January the 30th, the vessel then being 15 to 20 miles S.W. by W. of the Smalls, the master decided to run for Milford Haven for shelter, and thereupon steered a S.E. 1/2 E. course by the pole compass for St. Ann’s. It was stated in evidence that the compass had no deviation on this course. When the vessel bore up, the sail was increased to whole top-sails and main topgallant sail.

At or about 5 p.m., St. Anne’s Lights were reported one point and a half on the port bow. From this time no special courses appear to have been steered, the master from time to time instructing the man at the wheel as to the position in which he was to keep the lights.

At about 7 p.m., after rounding St. Anne’s, the Castle Head Lights were sighted and reported 1 1/2 points on the port bow. The course was then altered to bring the lights in one, the man at the wheel being instructed by the master to keep them ahead. The sail was shortened, and the vessel proceeded up the harbour. At about 7.30 p.m. the master ordered the helm to port and brought the vessel’s head round to E. by S. by the pole compass. It was stated in evidence that at or about the time the master ported to haul around Thorn Rock (being under the impression he was out of the red sector of St. Anne’s Lights, which was a guide to clear this danger), a squall came on which obscured the Castle Head Lights, but left St. Anne’s still visible. At about 7.40 p.m., the squall, having passed over, the Castle Head Lights again became visible, and almost immediately afterwards land was reported right ahead, and the cry of “hard-a-starboard” heard from forward. The helm was put to starboard, and the vessel’s head came up to about E. 1/2 N. when she struck upon what proved to be Thorn Island and remained fast. The order was then given to get the boats out, but before this could be accomplished the ship sank by the stern, the sea breaking over her and covering the deck up to the after part of the fore-rigging. The master and six of the crew took shelter in the mizzen rigging, the remainder on the forecastle-head. These latter got over the bows on to the rocks. Those in the mizzen rigging were taken off by the lifeboat from Angel Point Station, which came in response to signals made about an hour after stranding. From the direction of the ship’s head at the time of stranding, and the position of the island where she grounded, it is evident that she must have passed to the southward of the Thorn Rock, and could never have been out of the red sector of St. Anne’s Light.

1. Whether proper measures were taken at or about 4.30 p.m. of the 30th January, and from time to time thereafter to ascertain and verify the position of the vessel?

2. Whether proper courses were set at or about 4.30 p.m., and from time to time thereafter, whether they were made good, and whether good and proper allowance was made for the tide, currents, and leeway?

3. Whether a good and proper look-out was kept?

4. Whether the total neglect of the lead was justifiable?

5. What was the cause of the casualty?

6. Whether the vessel was navigated with proper and seamanlike care?

7. Whether the master and officers are, or any of them is, in default?

In the opinion of the Board of Trade, the certificates of the master and officers should be dealt with.

1. Proper measures were not taken at about 4.30 p.m. of the 30th of January, nor at any time thereafter.

2. A proper course was set and steered from 4.30 p.m. until about 5 p.m. when the St. Anne’s Lights were sighted; after this, no special courses appear to have been set. The master stated that he from time to time instructed the man at the wheel as to the position in which he was to keep the leading lights. Proper allowance appears to have been made for the tide.

3. A good and proper look-out was kept. The Court regrets not having had the advantage of the look-out-man’s evidence.

4. The total neglect of the lead was not justifiable in the case of a sailing ship entering Milford Haven at night.

5. The casualty was caused by the neglect of the master to verify his position from time to time by cross-bearings, or otherwise, consequently, believing himself to be round Thorn Rock, he ported the helm too soon. The Court is of opinion from the position in which the vessel grounded, and the direction of her head at the time, that she must have passed to the southward of the Thorn Rock.

6. The vessel was not navigated with proper and seamanlike care.

7. The master alone is in default.

13/05/1894 – Evening News  – Smuggling extraordinary – Spirits and beer in all directions in Pembrokeshire. 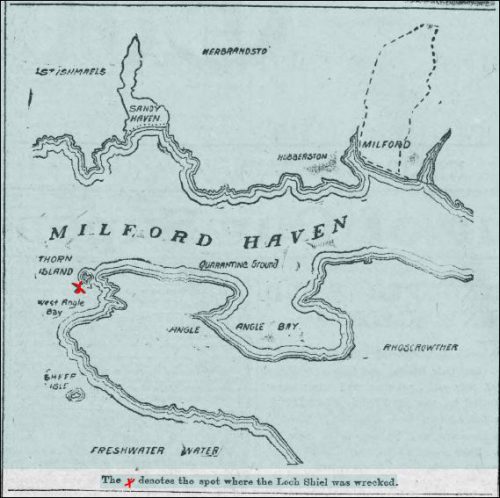 Youtube video of a dive on the wreck showing Gartcraig bricks
Below – A still from the above video. 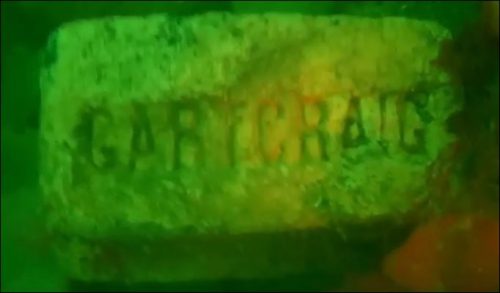 Below – A recovered brick from the wreck. Facebook link. 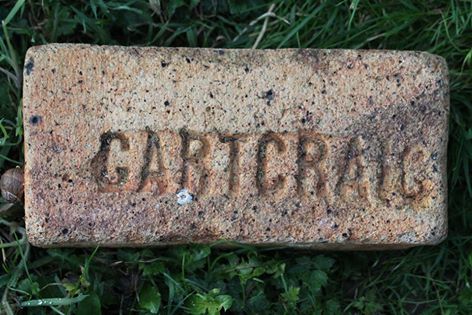