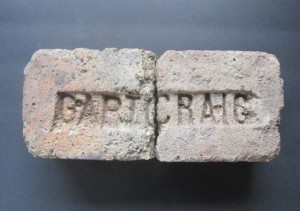 Found in Creston, British Columbia, Canada by Royal McKellar of Creston BC.

RM suggests the following regarding the find location – The brick is associated with the turn of the century metal mining industry near Creston. The  Lead Silver ore was processed locally in a concentrating mill known as the Alice Mill. The concentrate was shipped from Creston via a sternwheeler 60 miles up the Kootenay Lake, where the product was trans-shipped by rail at Nelson BC, to the world-famous Comino Smelter in Trail BC.

I believe all power in the mill was generated by A 100 hp Steam boiler located in an adjoining structure known as the Boiler room annexe. The steam-powered a horizontal stationary steam engine which then transmitted power by rope drives throughout the mill by a system of interconnected overhead line shafts Electric power not yet developed in the area

The fire brick probably lined the firebox of the horizontal stationary locomotive steam boiler. Over time, long after the plant was dismantled about 1915, the bricks, which were not salvaged migrated to other areas of the property such as the mill plot where this one was found barely below the surface about 10 meters horizontally  from the boiler room annexe

The Mill was erected 1903/04 having a scattered production run up to 1909 when the rich ore petered out and the economy dived. The land was converted to agriculture use as we see it today. 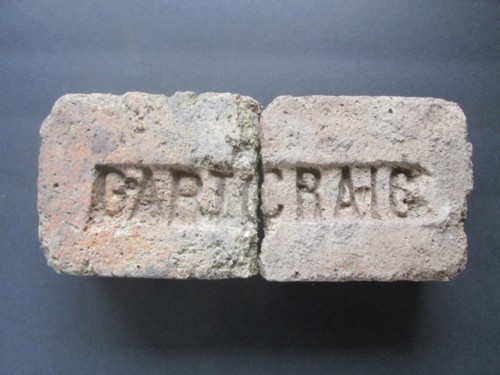 Below – A photo of the find area, taken by Gerry Rehwald of Creston – Creston, BC, Canada. 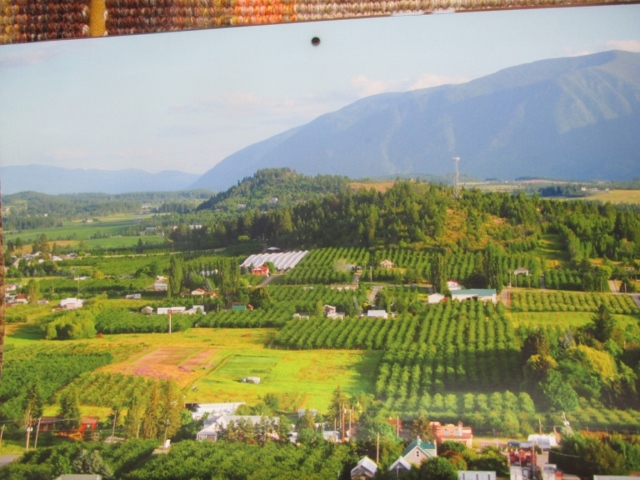