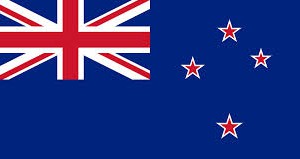 British bricks in New Zealand.  W. J. Harris Amongst the few sources of information on the early supply of bricks to New Zealand are the advertisements in our first newspapers. Following the arrival of British settlers in 1840, both building bricks and fire-bricks were included in cargo shipments. Small quantities also came from Australia, Europe, and the United States of America. Imported fire-bricks were usually branded. The district name or maker’s name, and sometimes both, provide a useful clue to the origin of a particular brick. Red building bricks made during the period 1840-1860 generally appear to have variations in the shape of the frog as the only means of identification. Some bricks from this period have symbols, such as hearts, crosses, and diamonds, which pre-dated the use of initials as a maker’s brand-mark.

It can be assumed that there were pioneer brickmakers who emigrated here bringing their wooden moulds and other tools of the trade. It is very difficult to determine whether unnamed bricks from old structures are of local or of overseas origin. Imports of building bricks were soon phased out as hundreds of small kilns were set up to supply local district needs. A few exceptions included mansion-type residences, erected 1880-1900, where architects’ specifications required bricks and other materials from England. ENFIELD and GARRATT are thought to be examples of brands imported at this time.

Shortage of suitable fire clays and the expertise to manufacture acceptable fire-bricks at a competitive price were reasons for dependence on overseas supplies until early this century. Scottish fire-bricks were widely used, especially in the construction of kilns at brickworks. GLENBOIG brand, the most common of Scottish makes, is found with a variety of markings. GARTOSH, CUMBERNAULD, and STAR WORKS from the same company are less common. A thumb-print impression, found on all GARTOSH and CUMBERNAULD and on some GLENBOIG bricks, has not been noticed on other Scottish and English makes. Scotland is also represented by the brands of DOUGLAS, FORTH, HEATHFIELD, HURLL, STEIN, and THISTLE. In the Scottish settlement of Dunedin, a builders’ supply company were appointed agents for the Garnkirk Fire Clay Company, who exported bricks branded GARNKIRK PATENT.

The assistance of the Brick Development Association has been a valuable contribution towards tracing the origins of bricks.

In response to the query published in Information No 31, it was gratifying to receive additional help from the Falkirk Museum, Mr K.Gurcke, and Mr M.D.P.Hammond. In the same issue, Mr T.P.Smith asks for suggestions on Kl and K2 bricks.2 I have a poorly made yellow brick of unknown origin and different dimensions, marked K12 in the frog. Brand marks mentioned in this article are not a complete list of known British markings and further searches and research can be expected greatly to increase the total.

Sheet no 31 refers to Mr Harris querying knowledge on the above bricks along with a ‘VULCAN‘ brick. It is however not mentioned in the article above but I believe this too may be a Scottish brick manufactured at the Roughcastle Brickworks, Falkirk.