Alex Frew & Co operated two brickworks to the east of Airdrie in Lanarkshire. Rawyards Brickworks commenced working in the late 19th century, whilst the Drumbathie Brickworks to the south of Rawyards was in production from the early 20th century. Production at this latter works ceased c.1960.

30/03/1901 – Airdrie and Coatbridge Advertiser – Wanted at once, a good steady man to attend engine and boiler. Also a kiln burner for a Hoffman Kiln. Apply to Drumbathie Brickworks, Airdrie.

09/12/1911 – Airdrie and Coatbridge Advertiser – Household coals of best quality also anthracite nuts for stoves can be had at Drumbathie Brickworks, Airdrie. Keened prices for cash. Frew and Co, Rawyards.

31/07/1915 – Airdrie and Coatbridge Advertiser – Reference to employees of Rawyards and Drumbathie brickworks donating to the war relief.

17/05/1919 –  Airdrie and Coatbridge Advertiser – Reference to employees of Messrs A. Frew and Co Rawyards and Drumbathie brickworks donating to the war relief.

21/02/1920 – Airdrie and Coatbridge Advertiser – Reference to employees of Messrs A. Frew and Co Rawyards and Drumbathie brickworks donating to various hospital fundraisers.

03/06/1921 – Motherwell Times – Lanark County Council – Proposed purchase of more brickworks. Frew and Company. The sub-committee on brickworks recommended that an offer be made to Messrs Alexander Frew and Company, the proprietors of Drumbathie Brick Works, Rawyards, near Airdrie, for purchase of their whole plant at the price of £23,680.  Mr T. S. Dickson (Larkhall) moved the approval of the recommendation, which was seconded.  Mr John Campbell (Bellshill) moved for the delay on the ground that transport of the bricks to the Middle Ward housing schemes would be difficult, and the cost of bringing the plant up-to-date did not justify the purchase.  Mr R. R. Galloway (East Kilbride) seconded giving as his reason for doing so his desire to know first what it was going to cost to produce bricks at Carfin before they purchased other works.  Mr Dickson, in reply, indicated that Mr Campbell’s transport difficulty vanished when they recollected that previously they had to transport bricks from as far away as Barrow-in-Furness and London.  As to cost these brickworks were to be a charge on the State subsidy so that they would not be a direct cost to the ratepayer.  Further, bricks were urgently needed, and if they got them from private owners the cost would be anything from 110s to 116s per 1000.  They hoped to produce them at a cost of not more than 85s.  That matter had already been put before Mr Galloway.  Mr McAnulty (Blantyre) pointed out that this recommendation must have the sanction of the Board of Health, and the Board’s experts would not approve of it unless they were satisfied that this was a more expeditious and cheaper way of producing brick for their housing schemes.  He was quite prepared to approve of it and leave it with the Board of Health.  Mr Tonner (Cambuslang) declared that in purchasing these works they were acting in the best interests of the ratepayers and saving them money.  On a division, the recommendation was carried by a large majority.

18/06/1921 – Airdrie and Coatbridge Advertiser – Though the Lanark County Council agreed to purchase Drumbathie brickworks at Airdrie in connection with their housing scheme the Board of Health says  ‘No’.

16/05/1936 – Airdrie and Coatbridge Advertiser – … At Motherwell Street, a start has been made with the formation of the embankment to carry the widened portion of the carriageway opposite the Railway Siding at Drumbathie Brickworks and also with the widening of the road on the Brickwork side….. 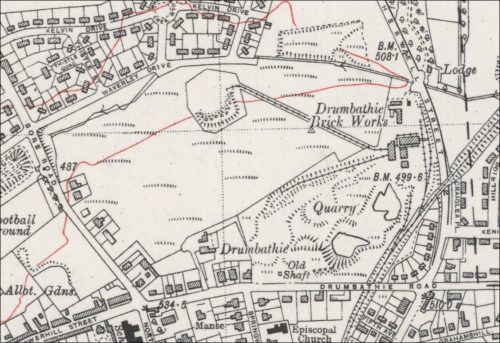 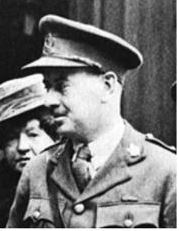