Many thanks to Daphne Lim for the following information and photographs.

Daphne states – My name is Daphne Lim & I live in Kuching, Sarawak, Borneo.  My (maternal) great, great grandfather Mr Chan Kho was one of the founding fathers of this small town of Kuching in the north-western part of Borneo, having travelled from China in the 1800s. In 1915 he bought a sawmill from a chap who had fallen on hard times & my (late) grand-dad had kept some bricks from the sawmill, & so did my Dad who had recently sold the land the sawmill was located on about a decade ago.

What is so special is that there are also bricks from the actual sawmill itself; we have about six (6) bricks in total & we have kept them since they represented a part of our family history and just imagining how far they travelled from Scotland in the early 1900s & if only bricks could talk aye?! We expect the sawmill was around & operational in the late 1800s/early 1900s.  The bricks were most probably from the incinerator producing steam for the steam engines that powered the sawmill. I have taken the liberty to also include some rather old (not in great condition) photographs of the sawmill & my great grandfather (my grandmother’s father) & his name was Chan Kee Ong (son of Chan Kho) … he’s the trendy gentleman in the Ringo Starr sunglasses! Hahaha. The other photos are of some of the bricks, including one that says HURLL – not sure but am guessing that is from another kiln in Scotland too? 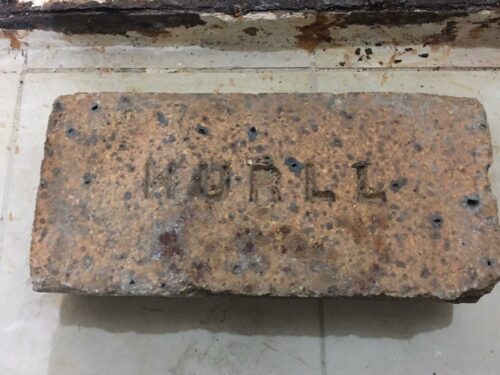 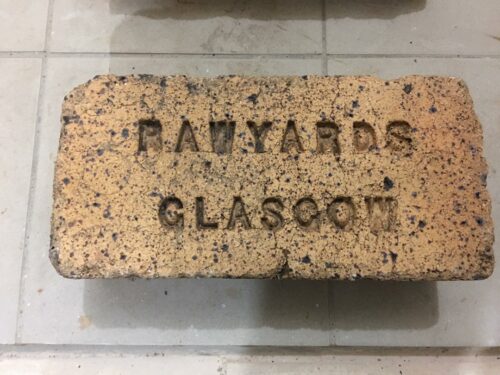 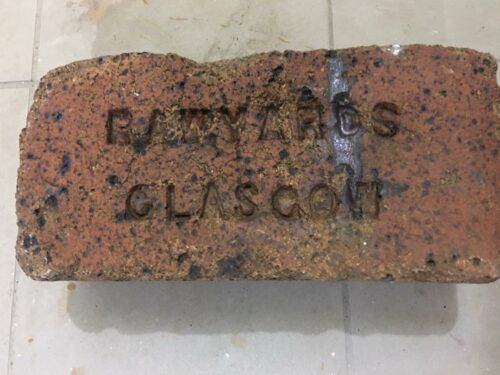 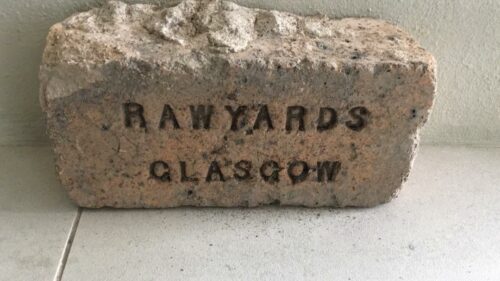 Below – Various photographs of the sawmill at Kuching and of Mr Chan Kee Ong. 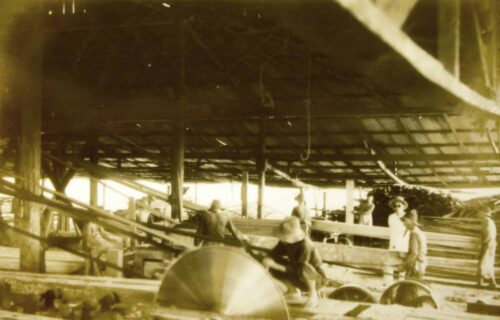 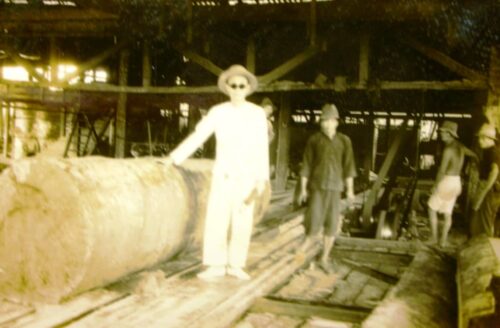 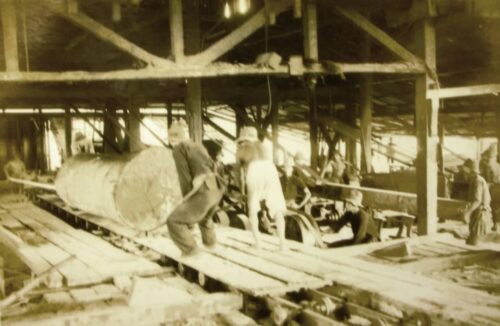 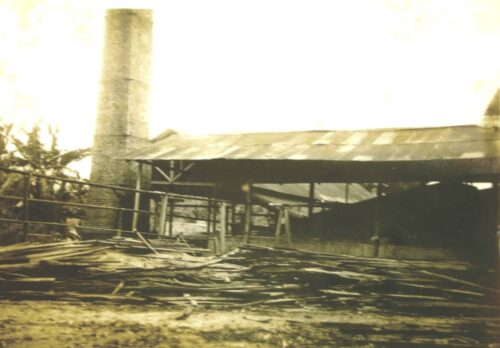 Below – A tea party at Chan Kho’s home with the Brooke family over for afternoon tea. Daphne states – my great grandfather Chan Kee Ong (without trademark Ringo Starr sunglasses) is 2nd from the left, standing behind Rajah Charles Vyner Brooke (the 3rd Rajah). His wife, my great grandmother is seated on the far right (the only Chinese lady seated). 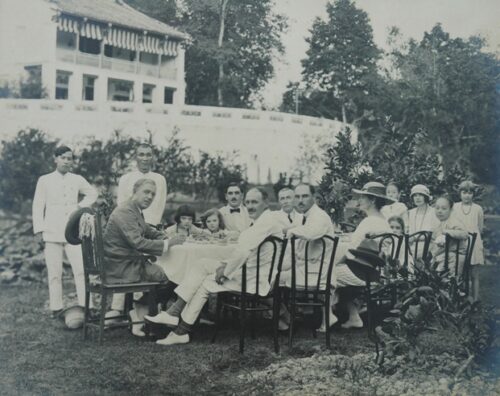