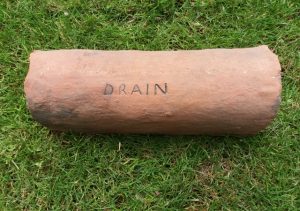 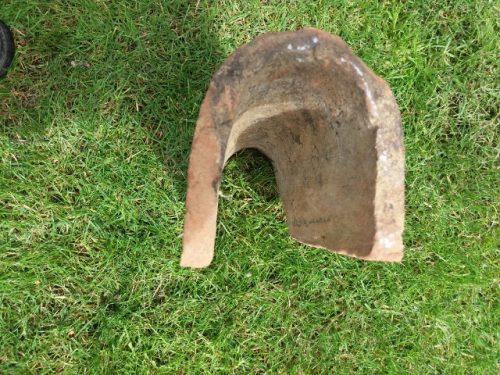 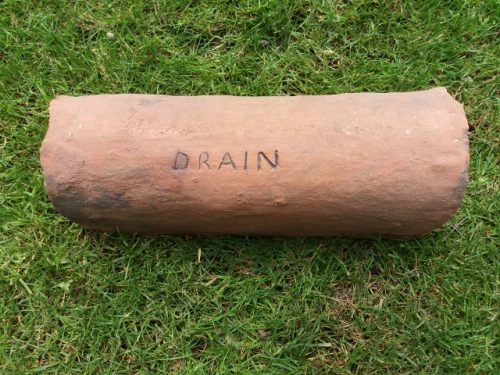 Below – Some bricks were also stamped drain as in this example. Some fascinating info from Arthur Brickman: “Although I’m unable to identify the manufacturer of this particular brick, I can add some background information. Until 1850 a tax was paid on all bricks used for property building, however, those used for infrastructure products were exempt. To avoid tax liability in such cases, the manufacturer’s marked their drainage bricks accordingly and this would be one such example. However, I have encountered similar items in building footings, particularly on colliery sites. No doubt once the structure was complete the offending items would have been concealed, and a saving on its overall cost achieved at the expense of the Exchequer!”

Below – A brick stamped ‘dreain’ (drain) found at Pocklington, Yorkshire. (Note – SBH – This may well be a misspelling but it is also believed that this spelling for ‘drain’ may have been used often in the Yorkshire area). 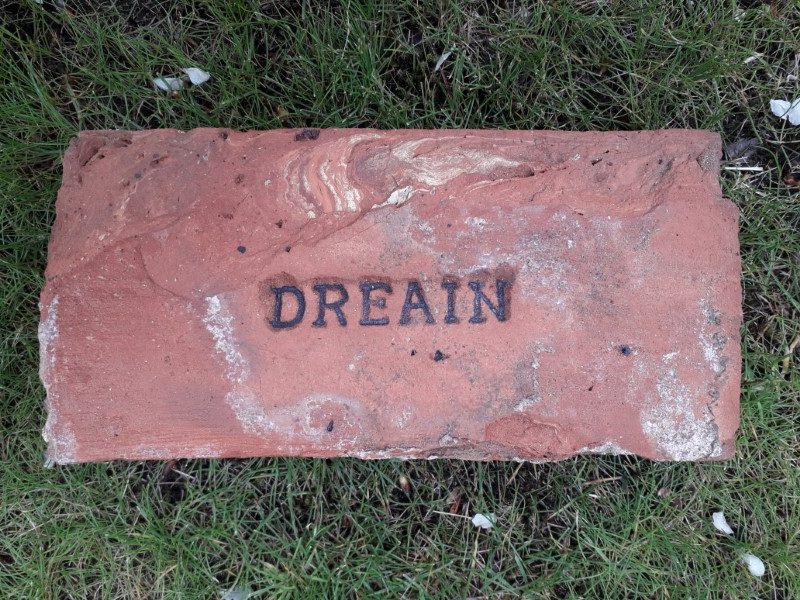 (Note – SBH – Solid bricks have been found stamped ‘drain’. These must have been used to perhaps form inspection chambers or possibly laid in such a way as to form a channel for water between them … or of course this may have been the stipulated use but never the actual and stamping such bricks was just a ruse to avoid paying the brick tax).