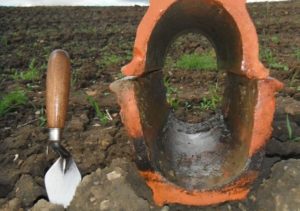 The following information is from Ian Suddaby. Ian states – This very unusual drain was seen near Edinburgh. It’s unusual because it’s made from two U-shaped or horseshoe drains, one upside down in the base and one the right way up on top. This clearly increases the capacity but has its problems. It’s also unusual because these drain pipes are extruded through a machine, almost all horseshoe drains are handmade and date to the period before 1850, after which machine-made circular or oval drains took over. These are well made and might belong in the 20th Century
Anyway, the first photo shows that quite a few of these drain tiles were uncovered by spade in the July mud. All of the upper tiles except one were broken as were most of the bottom ones. They were never intended to be used this way. The design is nice, with expanded ‘feet’ to prevent them from sinking when used correctly and two ‘rails’ which would increase their strength and stability when used upside down.
I did recover one of each unbroken. They’re 14″-15″ long. The top one is 3″ high internal and the bottom one 5″. The maker is unknown.
In over 20 years of digging into field drains these are a first. 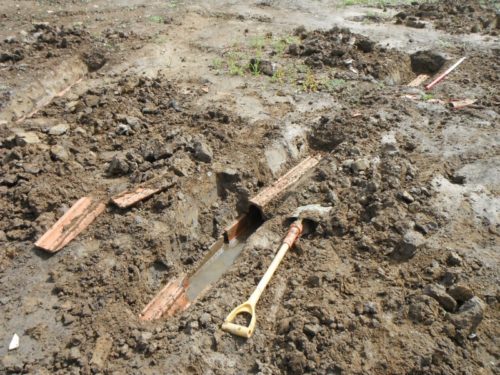 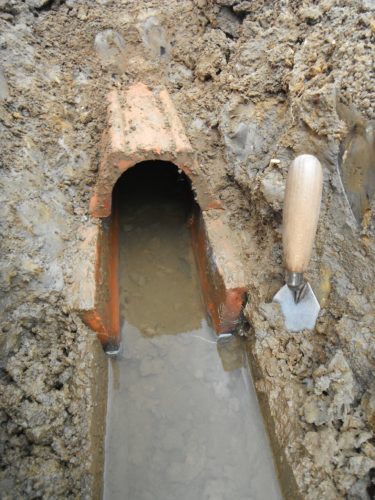 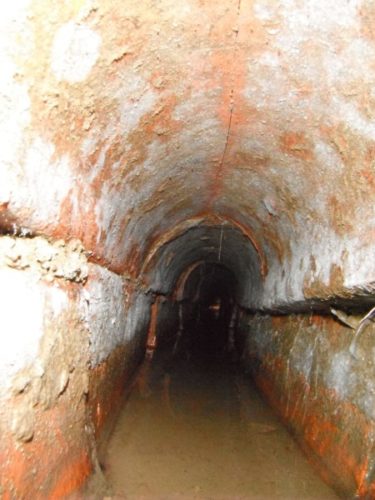 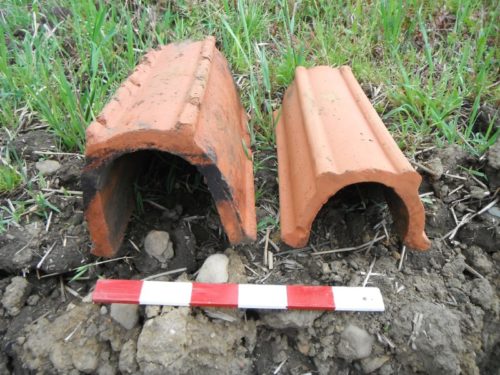 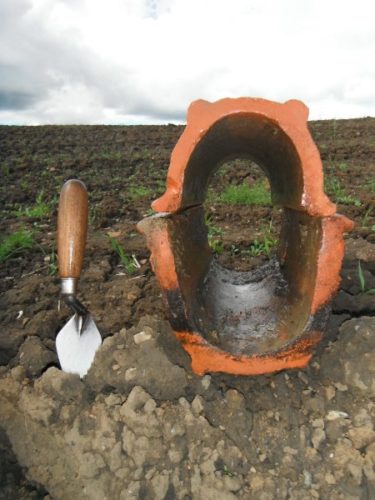