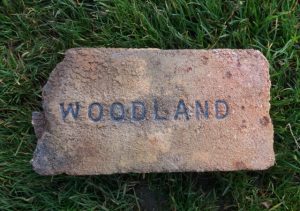 Found at Bo’ness, Firth of Forth.

This brick appears to be stamped Woodland.

If ‘Woodland’ then it may be American as per Woodland Firebrick – From 1880 to 1960, Clearfield County was the number one brick producer in the World. At its peak in 1916, there were 22 plants producing 1 million bricks per day.  The first commercial brickworks in the county was in Woodland. In 1867, Isaac And Benjamin Reese built the No. 1 Hope Works with partners Thomas Hamend and John McMath. In 1870, the Woodland Fire Brick Company was also built There. In 1875, the two companies consolidated under one name – the Woodland Fire Brick Company, Ltd. In 1876, a fire destroyed much of Woodland, including the Hope Fire Brick Works, but the plant was quickly rebuilt. As the brickworks started to grow, so too did the coal and clay mines. The clay in the area produced superior quality fire bricks, also known as refractory bricks, which withstand higher temperature and are used extensively in the steel industry. This soon caught the Attention of the Harbison-Walker Company from Pittsburgh, who purchased the Woodland plants in 1884. The company quickly expanded production with over 7 plants in the county. In 1872, the production of the two Woodland plants was 8,000 bricks per month, and by 1884 they had increased production to 25,000 bricks per month. By 1887, Harbison-Walker was able to produce 9 million bricks a Year or 800,000 bricks per month within Clearfield County. In 1899, they continued to expand production by building the Clearfield Plant in East End for $125,000. It was the largest plant in the world at the time and could produce 16,000 bricks a day. In 1983, Harbison-Walker closed its last plant as the demand for refractory bricks had severely declined. In 2000, however, there were still two refractories operating within the county – Williamsgrove Clay Products in nearby Bigler which opened in 1902 and Swanks in Irvona. 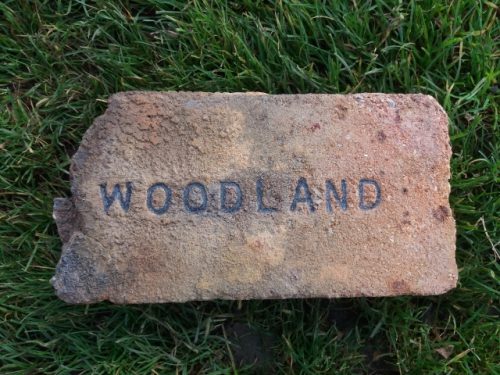 Below – 1909 – And further evidence with regards to the Harbison Walker connection. 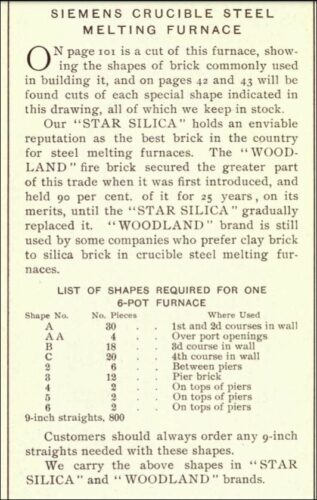